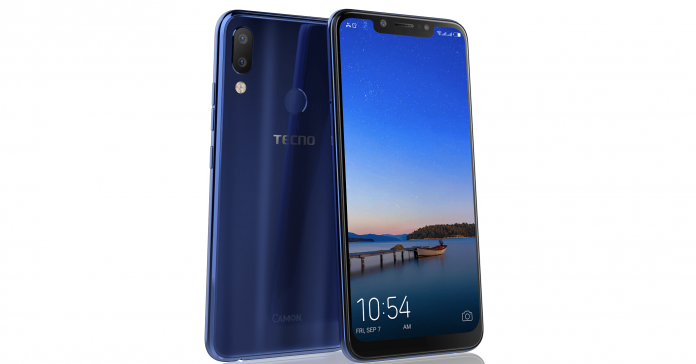 This time around, smartphone companies are flooding phones in the Nepali market. From Samsung to Huawei, all the companies are prepared to sell phones this festive season. While we are aware of brands competing in the mid-range and high-end segment, there are companies that are playing strong in the budget segment too. One of such companies is TECNO. The Nepali market has been selling feature phones and some smartphones from the company and here we have another one of them coming to Nepal. TECNO Mobile Nepal is very soon bringing TECNO Camon i2.

Talking about the device, TECNO Camon i2 is a smartphone that is going to hit the budget segment. We are not sure what exactly the price of the phone will be as the company is yet to reveal the phone and the price. But what we do know is the device’s specifications. Aesthetically, the phone is 6.2 inches with HD+ display resolution. Similarly, the device also features a trendy 18:9 aspect ratio.

The storage department consists of a total 3 GB RAM and 32 GB onboard storage. Also, the device features the latest Android 8.1 out of the box. Likewise, the device is backed by a 3,750 mAh battery. Performance section is handled by a Quad-core chipset, the name of which is not quite revealed. The camera setup is a 16 MP selfie camera with LED flash. Similarly, the rear camera is dual 13+2 MP sensors with a quad LED flash setup.

If we look at the trend, we can see that established smartphone companies have started shifting towards the mid-range segment in their product offerings. At the same time, there are brands that have started bringing products in the budget segment. How will such brands perform in long run, it is yet to be known.