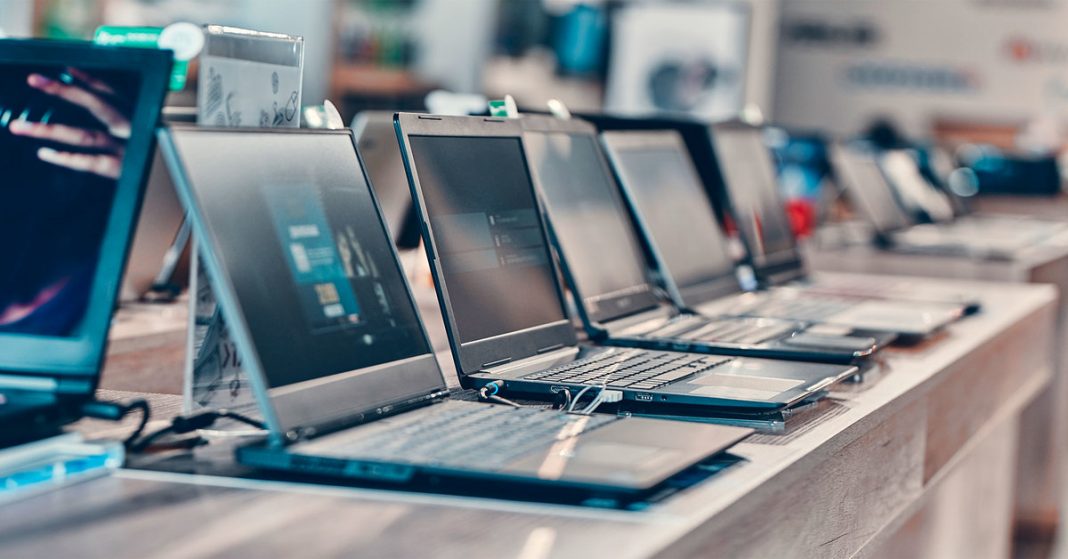 The Consumer Electronics Show is one of the largest technology trade fairs. It takes place every year in Vegas and serves as a global stage for innovators and breakthrough technologies. Laptops have become a popular business over the past few years at the CES, and this year was no exception. CES 2020 showcased many incredible designs and innovative ideas in mobile computing. So, here are the top laptops at CES 2020 (mind you, it is in no particular order!)

Lenovo ThinkPad X1 Fold has one of the most impressive designs from a spectator’s point of view. It sports an OLED 4K screen which can be folded in half and used as a tablet or an e-reader. The keyboard too folds into the device itself making it portable and travel-friendly. The laptop, when completely unfolded works as an all-in-one computer with a 13.3-inch OLED display, complete with a kickstand to prop it in the back. 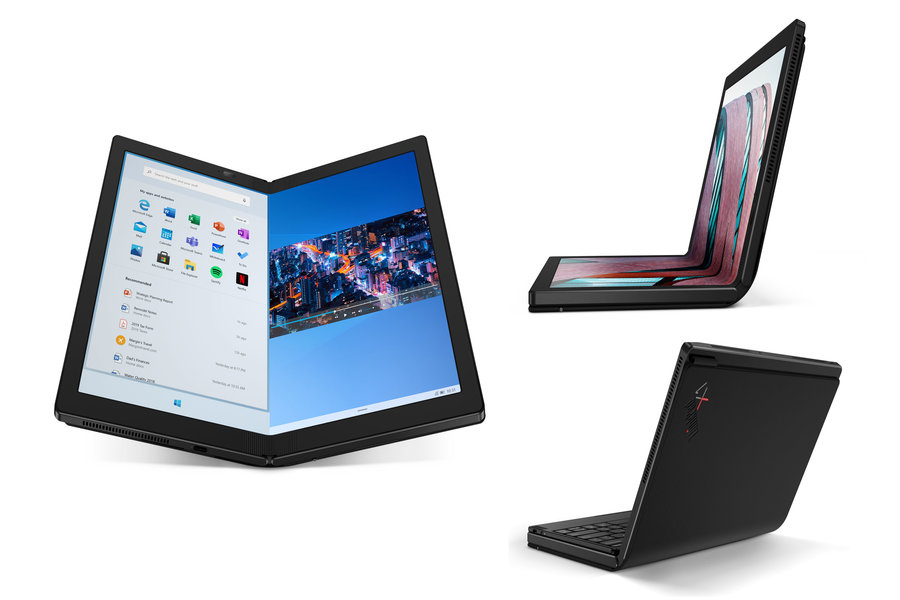 Foldable laptops are pretty rare but Lenovo will be setting a milestone when it releases in mid-2020. X1 Fold also comes with a Bluetooth keyboard and is compatible with styluses too. Other than that, it has been confirmed that X1 Fold will feature 8GB RAM, 1TB SSD storage and various ports including USB-C and a SIM card slot, for 5G connectivity.

The Acer ConceptD 7 Ezel has a distinct design created with a focus on digital artists and architects. The laptop screen can swivel for different usage cases, and be oriented in various viewing modes; like a tablet, tent, and laptop. The tablet comes with a Wacom EMR digital pen designed to use on the 15.6-inch 4K IPS touchscreen display. The system houses a brand new 10th gen Intel Core H-series processor, Nvidia RTX 2080 graphics card, up to 32GB of DDR memory, and up to 2TB NVMe PCIe SSD. Also, the laptop integrates with its – two Thunderbolt 3 ports, an SD card slot, and an HDMI 2.0 port.

Asus ROG Zephyrus G14 is incredibly light and slim for a gaming notebook. This is because they are made from fingerprint-resistant magnesium-aluminum-alloy that is cool to touch. All in all, it is a beautiful laptop complete with programmable glowing lights on the lid. But the real highlight would have to be AMD’s new processor. 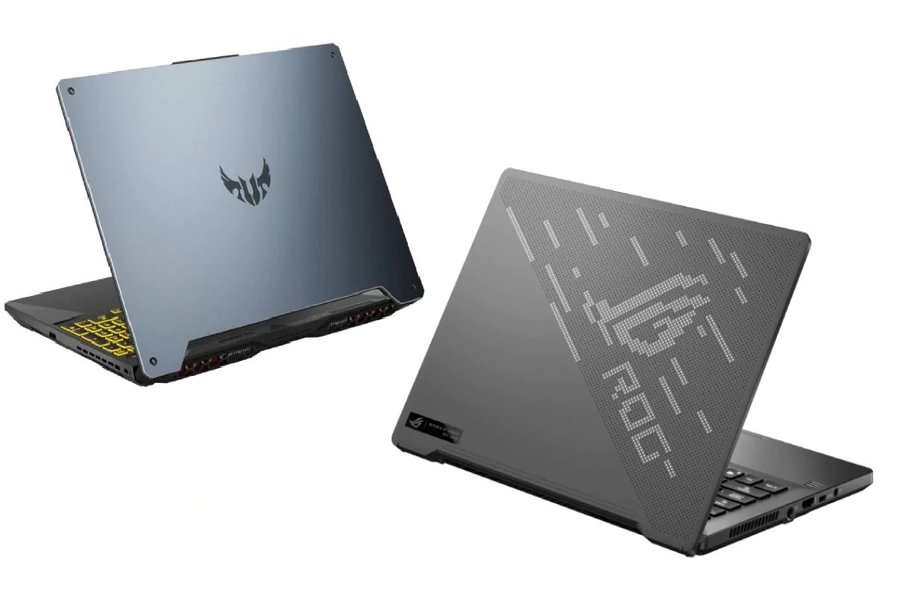 It utilizes an 8-core processor and up to an RTX 2060 graphics card, all packed in a 3.5 pounds machine. That is serious power in a package that small. With all the impressive hardware it packs, it is one of my personal top pick for the laptops showcased at CES 2020.

Dell’s XP series is popular among the crowd. This new variant, Dell XPS 13 2020 showcases a new and refined design in a 13.4-inch display with a 16:10 aspect ratio. This edition’s core specs include 10th gen Intel Core LCD Lake processors, up to 32GB of RAM and an option of Full HD or 4K displays. 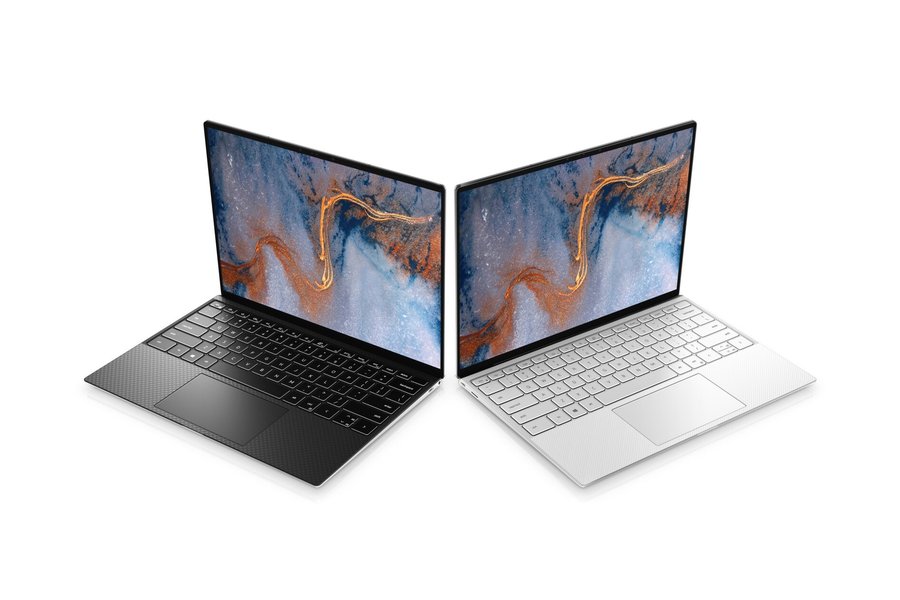 There are no USB legacy ports included, but you do get a pair of USB-C Thunderbolt 3 ports, a 3.5mm jack, and a microSD slot. Besides that, the new model also has a larger keyboard and trackpad.

The Dell Concept Ori (like “Origami” which is the art of paper folding) is another one of the foldable laptops on the list. It is a foldable 13-inch QHD+Ori tablet that folds in half to look like a book. This also features different use cases, such as using it as an ebook and for other multi-tasking functions. Other than that, not many specifications were revealed about the product. The company said that is a particular product is “just a concept”. But whatever it be, it’s still exciting to see top makers of laptops experimenting with the trends and showing them off at CES 2020. The Horseshoe Bend is another laptop to jump into the foldable device bandwagon this year. When unfolded, it is a 17-inch monitor, with a kickstand in the back to make it an all-in-one desktop PC. The striking feature is that when folded in half, it allows watching videos on one half while reading an article on the other half of the screen. The device includes Intel’s upcoming Tiger Lake chip, while other information on the processor was not provided.

The Samsung Galaxy Book Flex Alpha offers high-end specs at an equally lofty price. It is a fairly standard 2-in-1 device, which can function as both a laptop and a tablet. Featuring a 13.3-inch QLED FHD display with a 1920 x 1080 resolution, the device is powered by an Intel 10th Gen Core processor. Furthermore, the Galaxy Book supports between 8GB and 12GB of RAM and up to 1TB of SSD storage. Standard ports include one USB-C port, two USB-A ports, an HDMI port, and a microSD card slot. It also has an impressive battery life of 17.5 hours.

The HP Spectre x360 15 has the same super-colorful 4K OLED display as that of the previous version. The difference is that HP has cut the bezels around the display significantly. It still has a gorgeous display, now in a far smaller and efficient laptop. This variant of HP’s mainstream laptops comes with 8th Gen Intel Core i7 processor, 16GB of RAM, and 512 GB of PCIe SSD storage. 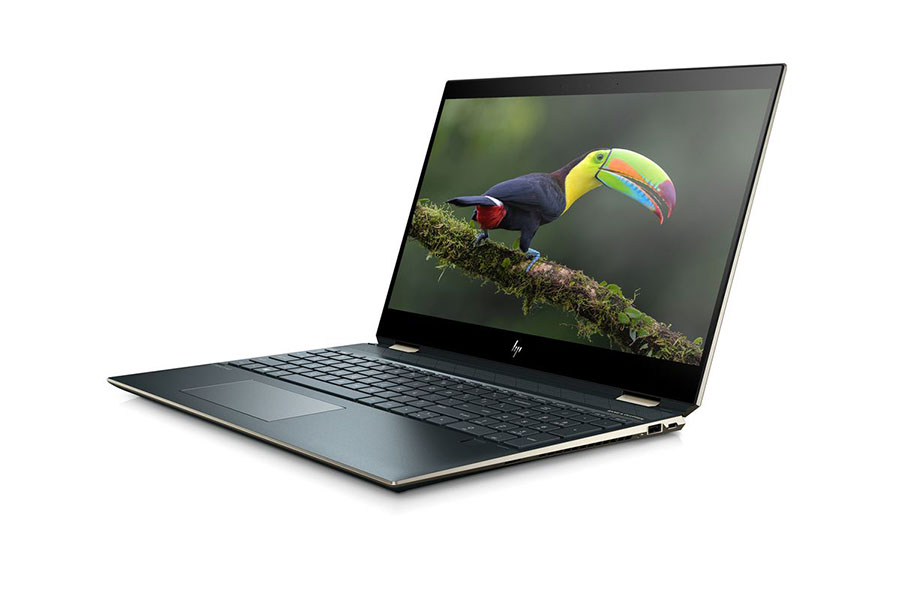 Another impressive laptop showcased at CES 2020 was the MSI GS66 Stealth. Like the GS65 Stealth of last year, MSI’s gone with Intel-NVIDIA combo here as well so don’t expect anything AMD in this. It features a 10th-gen Intel Core H-series CPU and an NVIDIA RTX GPU, though the specifics of both are “locked” at this point. 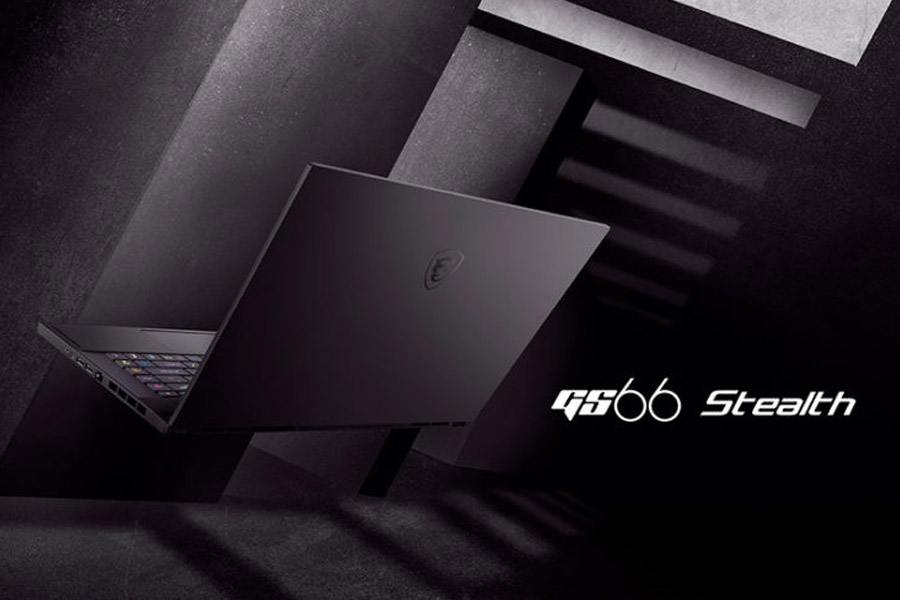 Other similarities include the 15.6-inches FHD IPS display, but what’s grand is that the screen goes up to 300Hz (there’s also an option with a 240Hz) refresh rate. More importantly, the new GS66 Stealth comes in a thicker form factor, which is thanks to the monstrous 99.9Wh battery. It also features a new cooling system called “Cooler Boost Trinity+” with 1mm thin fans for 10% better airflow.

Partnerships between automobile and smartphone companies are not new in the industry. There’s the OnePlus-McLaren, Huawei-Porsche combo, and a few more. Well, Lenovo is giving in to the trend as well as it’s partnered up with Ducati for its new notebook – the Lenovo Ducati 5. And like most products of such a venture, this one’s going to be a limited edition product only with 12,000 units. 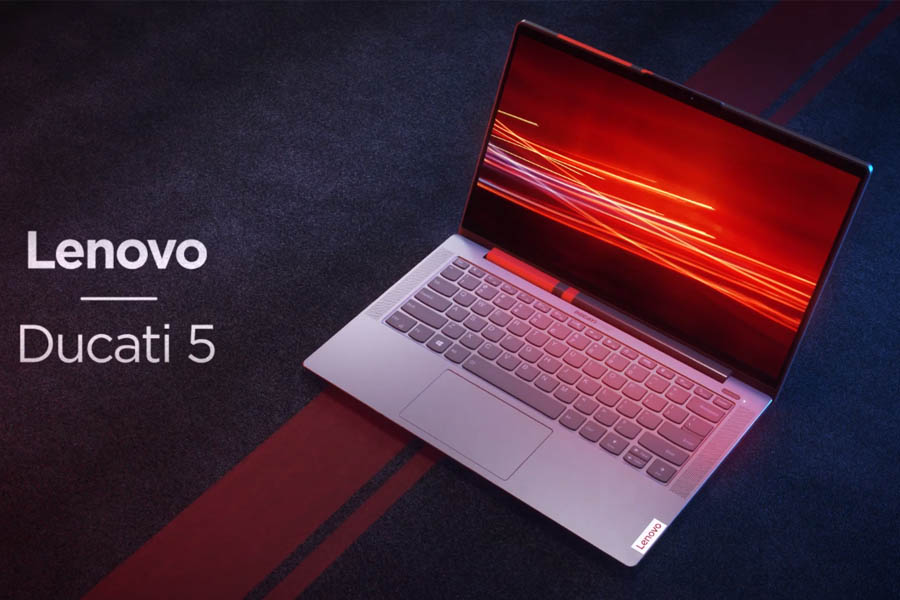 The Ducati 5 features a “hint” of a red theme throughout the laptop with the design inspiration from the Ducati Panigale, while the exhaust on the rear is symbolic of the Ducati Monster frames. Apart from this, it features a 14-inch FHD IPS display with up to 10th-gen Intel Core i5 processors, Intel integrated graphics, up to 12 hours of battery life, Dolby Audio, 300 nits of brightness, WiFi 6, all on a thin bezel build.

So, that was our pick for the top laptops at CES 2020. Which device would you like to see come to Nepal?