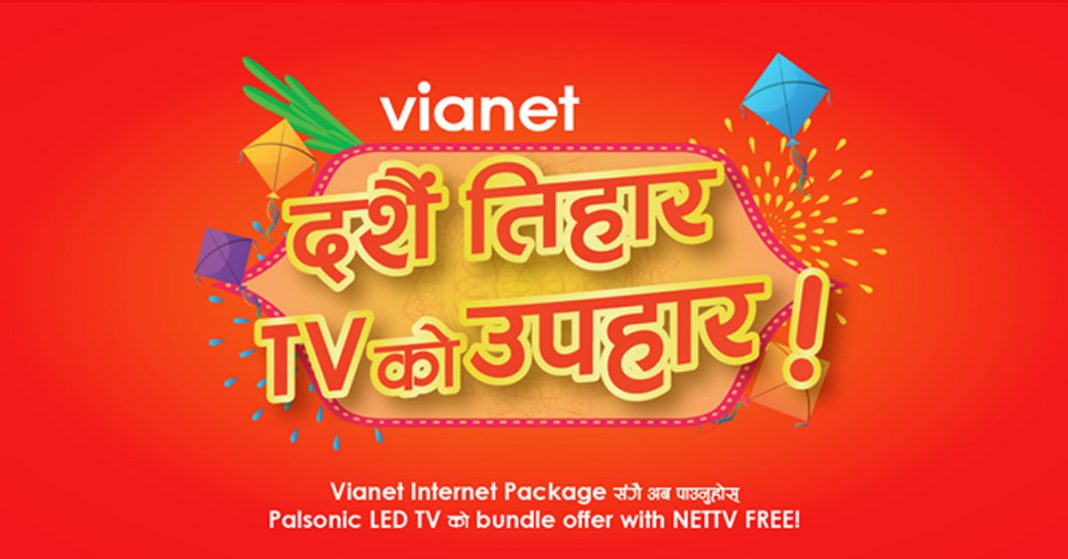 Just over a month ago, Vianet had introduced a similar festive offer in its internet package to rival the competition – Worldlink’s scheme. At the time, Vianet bundled up its services with a 32-inch or a 40-inch Skyworth LED TV alongside a year’s NETTV subscription. And now, Vianet has upped its game by introducing an even more rewarding offer with Palsonic LED TVs ranging from 32-inch to 55-inch and the usual NETTV subscription with its different internet packages. 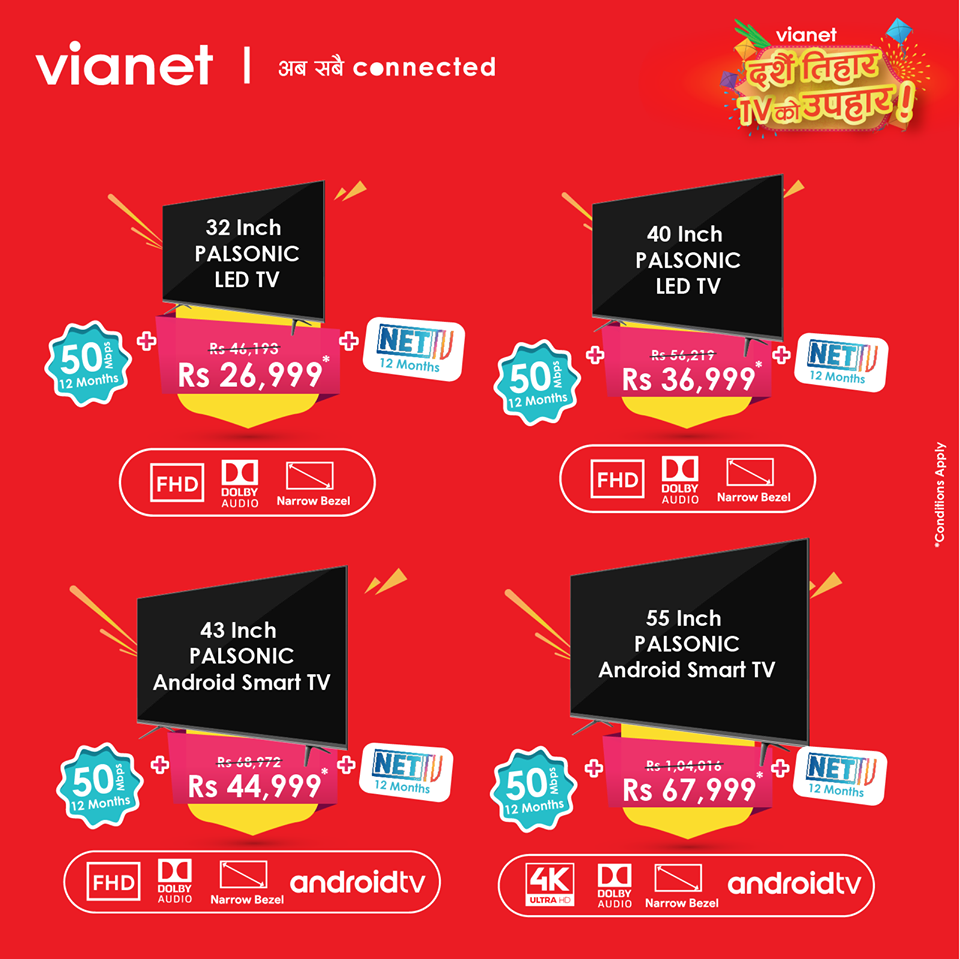 Though it seems that Vianet has updated its website with information about the specifications of the TVs, we weren’t able to see them as the hyperlink redirected to the same page.

So what do you think? Will it finally persuade you to shift to Vianet provided that you’re subscribed to a different ISP? Honestly, we think Vianet is really up to something here since its schemes are really exciting, especially if you’re in need of TV as well.