Dashain is approaching. And in this festive season, every company bring various offers and deals to lure people to purchase their product and services. In that context, we have already seen Dashain offers from Vivo and Oppo. Daraz also started its Dashain Campaign with Dashain Dhamaka. And we might even see more of such offers in the coming days. But right now, the internet packages from Vianet and Worldlink is creating quite a lot of buzzes. Both of these internet service providers have included their internet packages with an LED TV. If the price of the bundled package is considered, it’s cheaper than the price of the TV itself. Let’s look what’s interesting in this Vianet and Worldlink’s Dashain Offer.

In Worldlink’s Dashain offer, the ISP has included the 32-inch CG-32D1905 TV. And the bundled package starts at Rs. 14, 240. In the package, you will not just get a new TV and the internet for a particular period but also will get the NET TV for free. In the NET TV, you can watch all of the channels. So you won’t have to spend extra on your cable TV or DTH operators. So an extra benefit on that part as well. Here is the quick overview of price and bundled packages on Worldlink’s Dashain Offer.

Was it to steal Worldlink’s thunder? We don’t know but Vianet has also brought a similar offer on its internet packages. Vianet has bundled a few niceties on its internet packages to make it even more compelling. And in that case, the inclusion of a TV would be the most notable one. But unlike Worldlink, Vianet has provided an option whether you’d like to include a 32-inch or a 40-inch Skyworth LED TV on your package. The ISP has also revealed all the specs of the TV on its website to be more transparent on that part. In addition to the internet and a TV, you will also get a NET TV subscription (with all channels) for free. 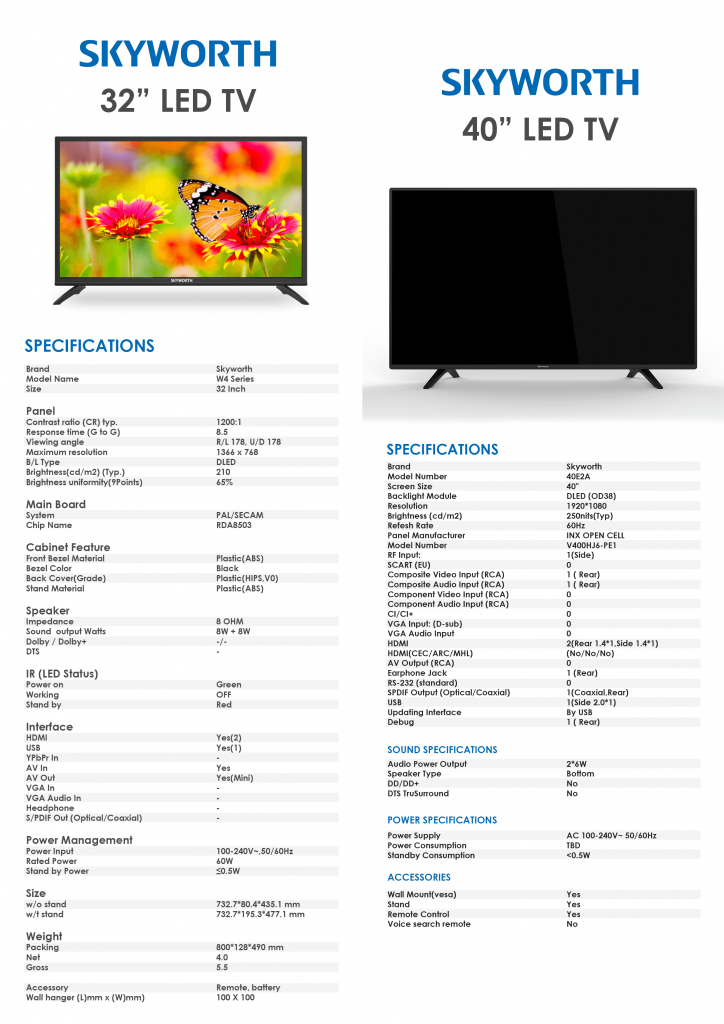