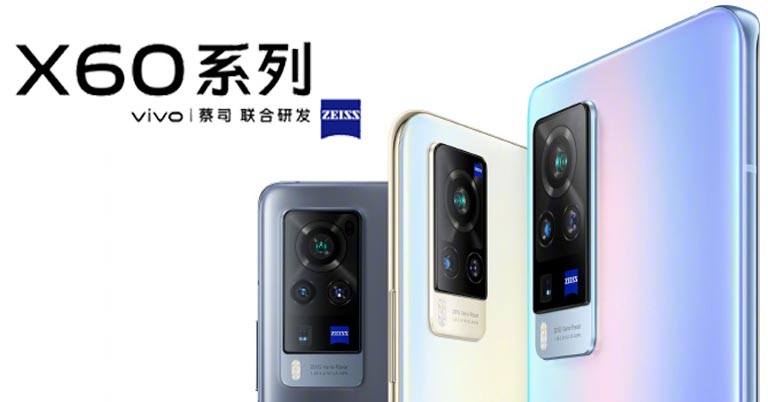 The Vivo X60 series has been a subject for discussion for a while ever since it was rumored to be powered by Samsung’s Exynos 1080 SoC. However, an official poster of the X60 series has revealed that the smartphone company is also partnering with Zeiss for the cameras. In this post, we will take a look at all the rumors, leaks, specifications, and official launch date of the Vivo X60 series.

Like the Vivo X50 series, the X60 series will feature three devices – X60, X60 Pro, and X60 Pro Plus. The poster released by Vivo’s official Weibo account reveals a design similar to its predecessor. The devices on the poster look to have an AG Matte glass panel at the back. 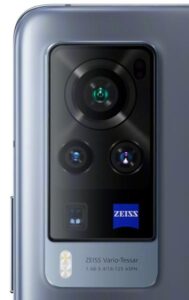 The left-aligned camera module is also similar to what we saw in the X50 series. Now, the X60 series will feature an ultra-stable micro-head camera sensor. Two additional camera sensors are just below it. The Pro and the Pro Plus model will have a periscope telephoto sensor which the vanilla model will miss out on.

The camera setup on the X60 series has been developed in collaboration with Zeiss. It is a German company that specializes in optical systems. It has been developing a camera system and even software for Nokia smartphones for a while. The first Nokia phone to come with a Zeiss camera system was the Nokia N90. There was a short break in between but Zeiss is still working with HMD Global. The company has also worked with Sony for the triple camera setup on the Xperia 1 II. Vivo will disclose more about the Zeiss partnership on 17th December.

The series will mark the debut of Samsung’s Exynos 1080 chipset. It is the latest premium mid-range chipset from Samsung. According to Digital Chat Station, the Pro Plus model will feature the more premium Snapdragon 888 SoC. He also claimed that the vanilla Vivo X60 will be the new thinnest 5G smartphone in the world. Right now, this title goes to Apple’s iPhone 12 mini. 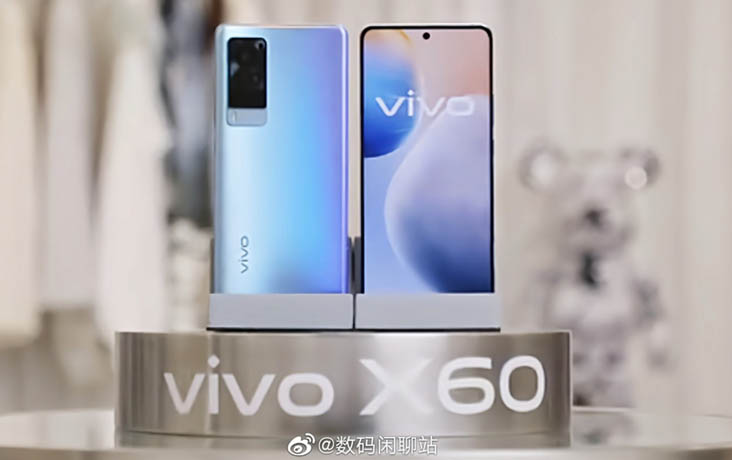 Similarly, the Pro Plus model will feature a curved AMOLED panel while the other two will have flat displays. The circular punch-hole cutout is positioned in the middle of the screen. At the very least, the Vivo X60 Pro is set to support a 120Hz refresh rate. It is most likely to be a panel from Samsung. All three devices will ship with Vivo’s latest OriginOS. The X60 series will come with a 4,300mAh battery and 33W fast charging support.