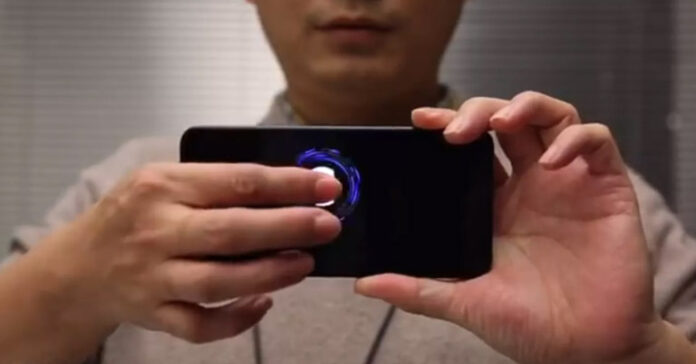 Though they are the go-to tools for biometrics in premium Android phones, in-display fingerprint scanners do have their limitation. For instance, the limited scanning area has been a major problem for users, although this might not be a problem in the future. Xiaomi has patented a new technology that allows the entire screen to accept fingerprint requests. In this article, we will be discussing Xiaomi all-screen fingerprint scanner along with its working mechanism.

How does an in-display fingerprint scanner work?

Now, as far as the ultrasonic in-display fingerprint sensors are concerned, they use ultrasonic sound waves to map a 3D image of your fingerprint. When you place your finger to unlock the device, ultrasonic waves are projected from the phone’s surface to take in the input.

In theory, ultrasonic fingerprint sensors are better than optical ones. That’s primarily because it captures a 3D image of the fingerprint.

Xiaomi’s latest patent was first discovered by IT Home, which reported that the company was awarded the patent on January 4.

The patent also reveals the working principle of Xiaomi’s vision of an all-screen fingerprint scanner. The setup consists of a matrix of infrared LED between the capacitive touch-screen and the AMOLED panel. Above this layer will be another layer of infrared receivers.

Whenever a user touches the screen for biometrics, the touch is registered by the capacitive touch layer, which also evaluates the position and shape of the fingerprint. The infrared transmitters use this data to throw light accurately at the area of contact between the screen and the user’s finger. To make the process more efficient, only the LEDs just below the area will light up.

The emitted light will then travel towards the screen, where it will bounce off the fingertip. It will then be received by the infrared receivers where the fingerprint data on the reflected light is compared against the known data. The phone will unlock only if there is a match.

Xiaomi is not the first, though

Back in August 2020, Huawei patented a similar technology for use in select regions like Europe, the US, India, South Korea, China, and Japan. However, the company is yet to commercialize it on a smartphone. Even Vivo showcased the tech in its Apex 2019 concept phone in 2019.

However, the tech is yet to be available on the commercial market. And Xiaomi still has a chance to be the first brand to launch a smartphone with an all-screen fingerprint scanner.