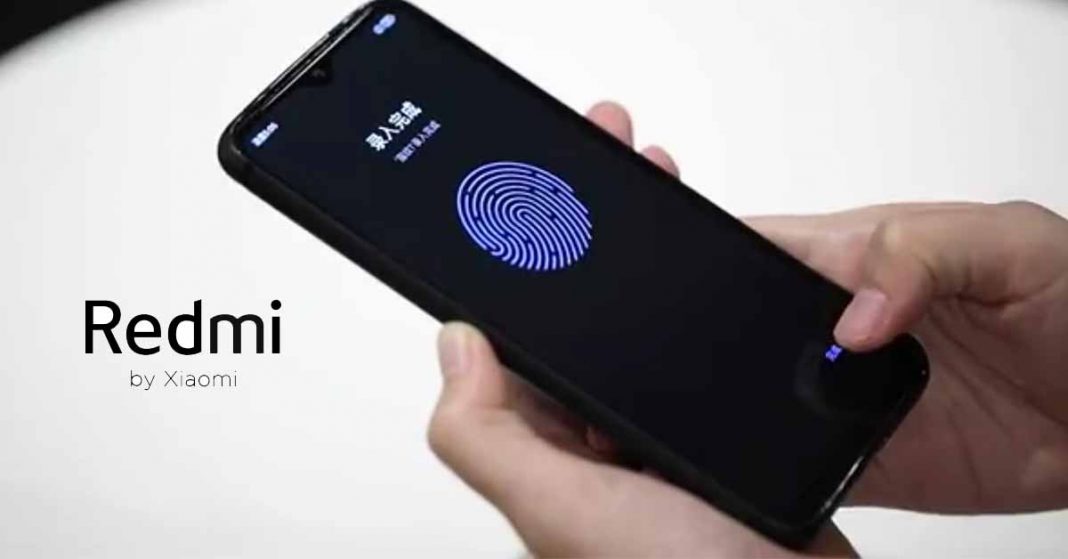 Today, Redmi is a household name in Nepal. The sub-brand by Xiaomi successfully reigns as the king in the entry and budget segment of the smartphone market – not only in Nepal but in the whole of South Asia. It has been the case as Redmi lets budget-oriented users have the taste of some premium features seen only in more expensive devices. But Redmi might have outdone themselves as the brand showcased a Redmi device with a working in-display fingerprint sensor integrated inside an LCD panel.

Drawbacks of an in-display fingerprint sensor

An in-display fingerprint sensor, like any other ordinary fingerprint sensor, works by matching the scanned fingerprint with the one in its database. But for that to work with a sensor lying below the screen, there needs to be an efficient way to transmit the scanned fingerprint through the screen. Most of the sensors are optical which captures the image of the finger’s pattern by flashing a light. This doesn’t work with the LCD display as the LCD’s backlight module interferes with the flash of the sensor. So to this day, the technology has only been used with OLED panels.

Redmi’s solution to the problem is having an infrared technology carry the fingerprint patterns as signals through the LCD panel. This requires a high-transmittance film which improves the transmittance of the signal through the LCD panel. The signals transmitted this way do not interfere with the LCD’s notice backlight arrangement thus making the in-display fingerprint sensor a reality. 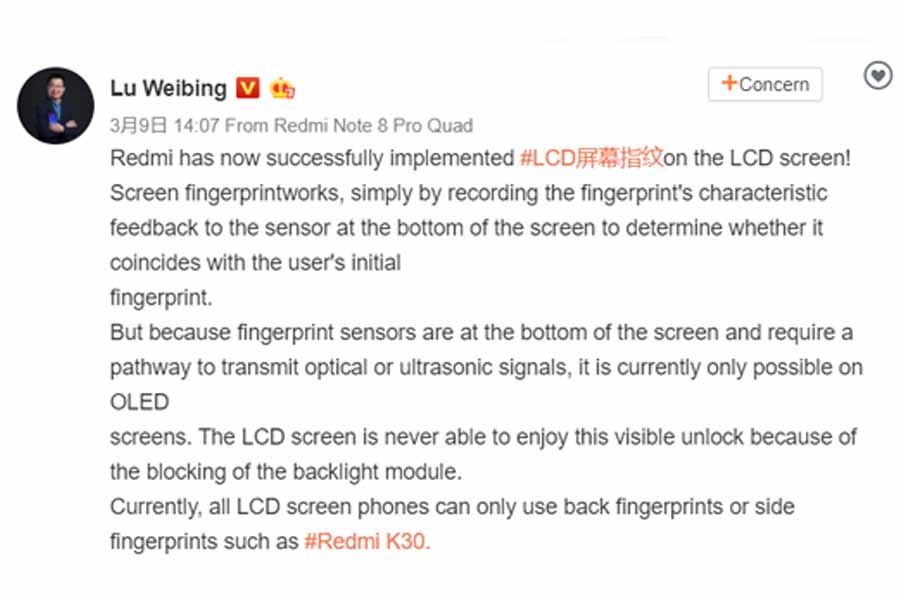 Check out all the rumors surrounding the OnePlus 8 series

Lu Weibin, General Manager, explains that an infrared transmitter is placed under the display along with the fingerprint sensor. The signal emitted by the transmitter passes through the LCD panel because of the high-transmittance film and then bounces off the finger. The reflected signal then passes the LCD to shine on the sensor which completes the verification process. The model has been implemented on a Redmi Note 8 Pro device.

Do Redmi devices with in-display fingerprint sensors excite you? Do you think its a game-changing technology when it comes to budget devices? Let us know with your comments.

Check out our review of Honor MagicWatch 2