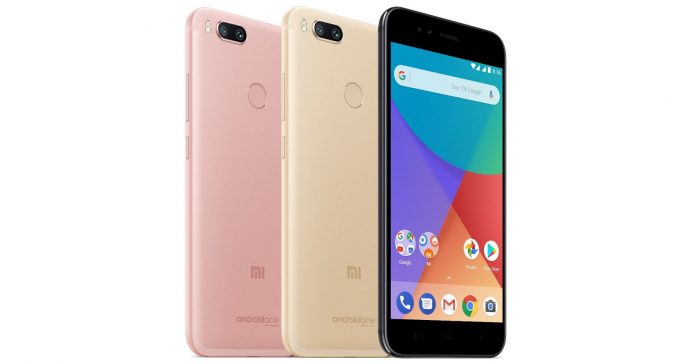 Xiaomi in collaboration with Google has announced the global variant of the Mi 5x — the Xiaomi Mi-A1. Unlike the typical Xiaomi phones, this one ship with a stock (pure) version of Android.

The Mi-A1 is also the first Android One smartphone from Xiaomi and they have priced it competitively at INR. 15,000 (NRs. 24,000). It is available in India and will soon launch in Asia Pacific (including Nepal), Europe, the Middle East & Africa, and Americas.

Specs wise, the Xiaomi Mi-A1 sports a 5.5-inch Full HD display, a 14nm Snapdragon 625 processor, 4GB RAM, 64GB of expandable storage, and a 3080mAh battery. There’s a dual camera on the back which is probably the prominent feature of the device. The first 12MP camera is a wide-angle lens with f/2.2 aperture, while the second 12MP camera is a 50mm telephoto lens With portrait mode, background blur, 2x optical zoom. Xiaomi has been teasing the Mi-A1 dual cameras to be of flagship grade, so we expect it to be the best at its price bracket.

The fingerprint scanner on the Mi-A1 is located on the back and there’s a smart amplifier to enrich your audio experience. The metal body has rounded edges for better look and feel. It also houses a dual graphite sheet that the company claims will decrease thermal heat by 2-degrees.

AndroidOne is no longer just about the entry level, but will span a much broader set of devices and price points!

The Xiaomi Mi-A1 will also be getting the Android 8.0 Oreo before the end of 2017. The company also confirmed that it will be one of the first phones to get Android 9.0, which really means a lot to buyers looking for regular updates.