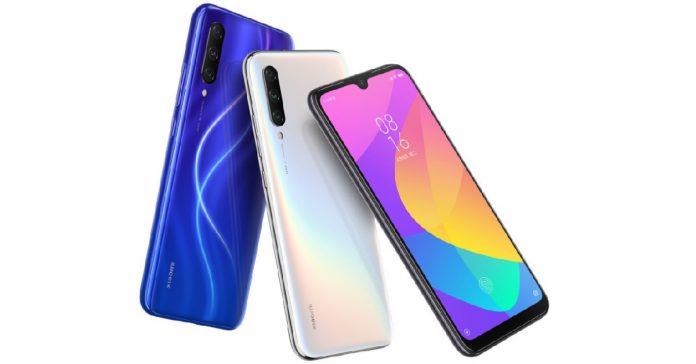 Xiaomi has, probably, the most number of different series of smartphones. They target almost all ranges of customers. And as if Xiaomi was not enough, it has two sub-brands. But despite all these, Xiaomi has introduced an entirely new series once again. And in this new MI CC9 series, the Chinese smartphone maker has lined up three new devices. The latest Xiaomi MI CC9, CC9e, and CC9 Meitu Edition seem to have been targeted at camera enthusiasts.

When it comes to MI CC9, there is a 6.39-inch Super AMOLED display with Full-HD resolution. The handset also features an in-display fingerprint scanner. The screen also features a tiny water-drop style notch on top of the display. And the whole front is encased with a tough Corning Gorilla 5. The notch houses a 32MP selfie camera and Xiaomi claims it to be best in its class. The selfie camera, as per the trends, will ship with a dedicated AI portrait mode for low light scenarios. Furthermore, the handset will have new Mimoji animated avatars. As for the rear cameras, the MI CC9 packs a triple-camera setup. The primary shooter uses a 48MP camera capped with an f/1.8 lens. Also, an 8MP ultra-wide camera and a 2MP depth sensor complete the camera package. On the design front, the handset flaunts dual-glass design with a metal frame sandwiched in between. The “CC” in its name stands for Colorful and Creative. Justifying the name, Xiaomi MI CC9 comes with an interesting light refracting finish. And this refractive rear panel shifts color according to the angle at which the light is incident.

As far as the performance is concerned, the handset gets the Snapdragon 710 chipset with 6GB or 8GB of RAM. Storage-wise, the handset comes in 64GB and 128GB variants. The phone boots on Android Pie with MIUI 10 on the top. Supplying the power juice to the device is a 4030mAh battery, which comes with 18-watt fast charging support.

Xiaomi had acquired Meitu last year. And commemorating the acquisition, Xiaomi released the Meitu Edition. This special edition is identical to the regular MI CC9 version with few tweaks on the camera front. The device is targeted at the enthusiasts, who are into mobile vlogging. And for such enthusiasts, there are AI low light portrait mode, movie portrait, and full body beauty filters. This device also comes with a special vlog mode with video stabilization to open the possibilities for wannabe vloggers. The Meitu Edition comes aboard with 8GB RAM, 256GB storage, and in a special pearl white color variant. Rest of the specs remains the same between MI CC9 and CC9 Meitu Edition.

The “e” on its name stands for Essential Edition. And it’s essentially a toned down version of the Xiaomi MI CC9. CC9e comes with a slightly smaller 6.01-inch Super AMOLED display coupled with HD+ resolution. Although the size and resolution have been toned down, Xiaomi kept the UD fingerprint scanner and Gorilla Glass 5 protection intact. The camera module has not changed either. There is the same 32MP selfie shooter and the triple rear cameras have barely changed. On the performance side, however, there is a slightly less powerful Snapdragon 665 chipset. Memory wise, the phone comes in 4/64GB, 6/64GB, and 6/128GB variants. Powering the device is a 4030mAh battery, which comes with 18-watt fast charging support.

All these devices have launched in China and they are up for pre-booking as of now. The regular MI CC9 and CC9 Meitu edition will go on sale starting from the 5th of July. The affordable CC9e won’t be available for purchase until 9th of July. However, there is no information regarding the release of the device in the global market.