Over the years, a smartphone’s display size has increased exponentially. It had previously started with the bar phones, which later changed into a 4-inch smartphone. The average display size of smartphones these days is around 5.5-inch but manufacturers are pushing limits. A certain group of smartphone users has opted for multimedia experience in their device. This multimedia experience has taken over one-handed usability for some of them. So, companies like Xiaomi launch bigger phablets for this specific purpose. The Xiaomi Mi Max 2 is a prime example of that. With a bigger display, this device is here in Nepal. But does this device perform well in real life? Let’s find out in this review.

Xiaomi Mi Max 2 in a nutshell: The Xiaomi Mi Max 2 is a tall device, like really, really tall. Its standout feature is the humongous 6.44-inch display. Out of all the devices, I have reviews, only the Mi Max 2 didn’t fit in my pocket. It has a tall display which is accompanied by two large bezels. But I really enjoyed using this phablet as my primary driver since I am inclined towards bigger displays.

At the back, the Mi Max 2 has a minimalistic design. It has two antenna bands like that in the iPhone 7 and 7 Plus. There is a fingerprint scanner on the back which, even with the large footprint of the device, is easy to use. A rear-facing camera sits on the top-corner of the device.

However, I still have a hard time using the device properly. The bigger display means that I always must extend my hand awkwardly and the fact that the device’s aluminum back is slippery means that the device tends to drop down from my hands. So, even though the metallic body of the Xiaomi Mi Max is premium, I suggest you cover it with a casing.

The multimedia experience on this device is top-notch. If you like gaming or watching videos on your smartphone, this could be the device for you. I could be nitpicking here, but I really hate black bands around any smartphone’s display and the Mi Max features the band. Come on, Xiaomi, a company like you should discard this completely.

Nonetheless, the display is nothing short of amazing. Even though bigger display means pushing more pixels, I thoroughly enjoyed the well saturated and bright display of the Xiaomi Mi Max 2. I will certainly miss that huge display, whenever I watch GadgetByte’s YouTube videos. Now onto the device’s camera. Xiaomi isn’t really praised for its camera performance. We have reviewed lots of Xiaomi devices and arguably, all the devices have come up short on this feature. Well, I still have mixed feelings about the Mi Max 2’s camera. Whenever you take some pictures and view it on the device, the images seem to be washed out and unsaturated, all whilst lacking dynamic range. And whenever I viewed these pictures on my computer, some of them were decent enough, but most lacked the aforementioned qualities. Also, under dark environment, the pictures come out way too noisy. So, I have to say that Xiaomi has once again fallen short in the camera department of its smartphone.

The front camera of the device measures 5-megapixel and takes some social media worthy selfies. It shines under bright light, but like the device’s rear camera, it isn’t good under lack of lighting. Now on to the major aspect of any smartphone – performance. The Xiaomi Mi Max 2, with its Octa-core Qualcomm Snapdragon 625 processor performs relatively well under normal usage. But it doesn’t handle everything I throw at it whenever I asked more from the device. It sometimes stuttered here and there, and sometimes even took a bit of time while opening an app.

I am not really a gamer, but I did play a couple of games on the smartphone. It handles gaming nicely but sometimes it does lag. I have to say that with the Snapdragon 625, you can expect the device to handle your day-to-day usage quite nicely. 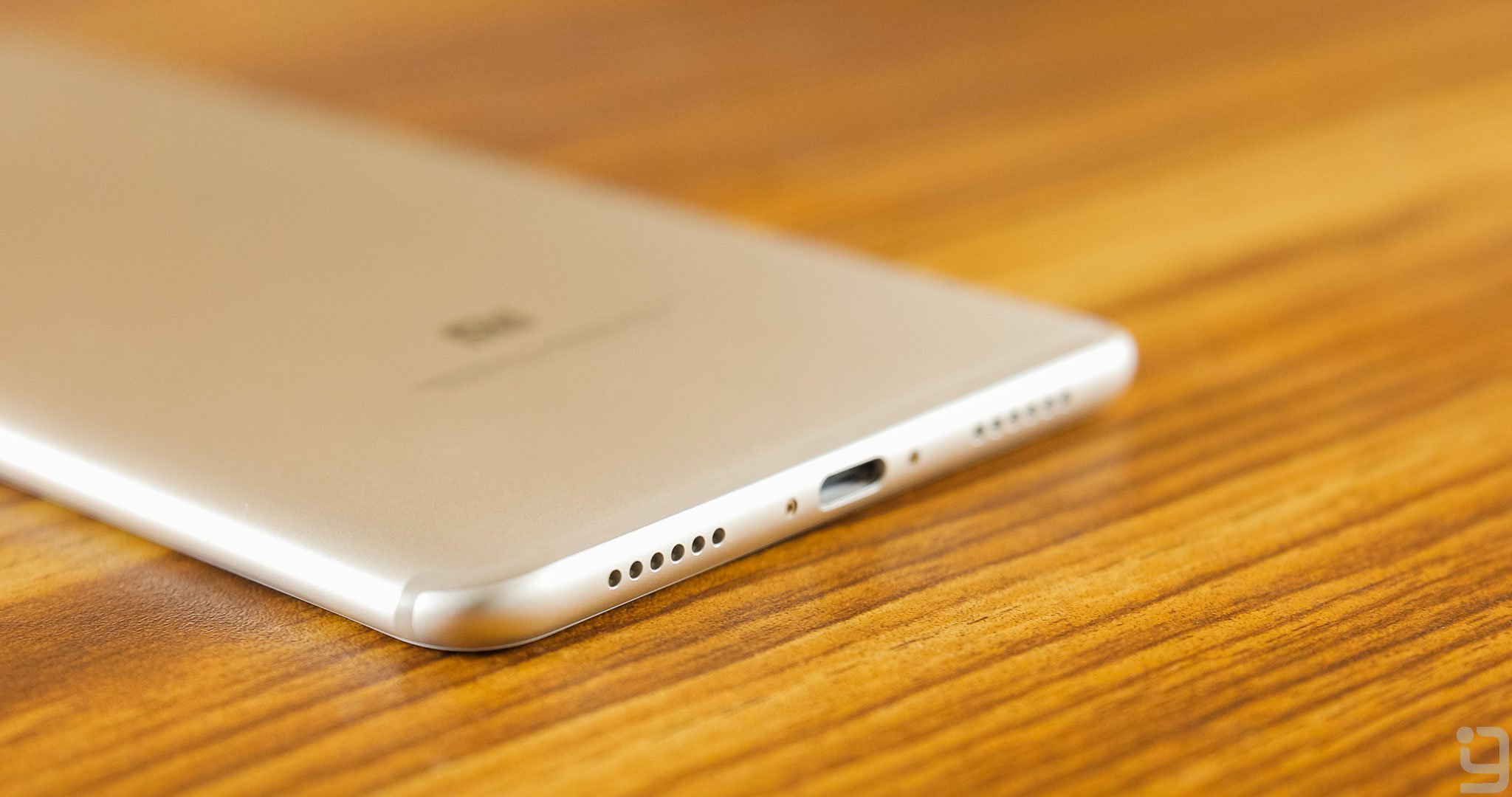 The Xiaomi Mi Max 2 is available in a single storage variant. Well, I used the same 64 GB option of the device as my review unit. I could carry around one of my favorite TV series to watch it on the go with ease. However, the storage did fill up sometimes, but as long as you expand it, you will have no issues at all.

Now on to the fingerprint of the device, the Xiaomi Mi Max 2 has one of the fastest fingerprint scanners around. It is blazing fast and I still can’t figure out any issues with it. There is also an IR sensor alongside the 3.5 mm headphone jack.

Talking about the Mi Max 2’s dual speakers at the bottom, they are really loud. Unlike some other smartphones, both of the speaker grills work and give off stereo sound effect. Xiaomi has made this Rs. 35,000 worth of device future proof by equipping it with a USB Type-C connector. This connector also helps in faster charging.

I am personally inclined towards a stock-ish software experience. The software is one of the major aspects I look at before I buy a smartphone. Yet I have never really had a problem using Xiaomi’s Mi UI. The interface has simplistic design and is user-friendly to some extent as well.

Xiaomi Mi Max 2 runs on the Chinese manufacturer’s very own Mi UI 8.5 on top of Android 7.1.1 Nougat. Like every other Xiaomi smartphone, this device also comes loaded with different software features. It still has the dual app feature, different gestures, and a ‘guest mode-ish’ mode as well. Like most smartphones these days, the Xiaomi Mi Max 2 houses dual SIM slot. But unlike all of them, the Chinese company has included a Nano and a Micro SIM card slot. The call quality of the device is quite good as no one from the other end actually complained anything.

The smartphone supports the much-needed 4G connectivity. It also has a gyro sensor for a good VR experience which goes well with the 6.44-inch display. Now moving on to the battery, the Xiaomi Mi Max 3 houses a pretty huge battery of 5,300 mAh. Due to its huge capacity, the device easily ran for more than 2 days. Even under heavy gaming and usage, its battery level doesn’t deplete that much. I wasn’t expecting this much juice as the device has a large display. It is commendable that Xiaomi went with a ‘max’ battery on a ‘max’ smartphone. And the addition of quick charge 3.0 is a cherry on top. 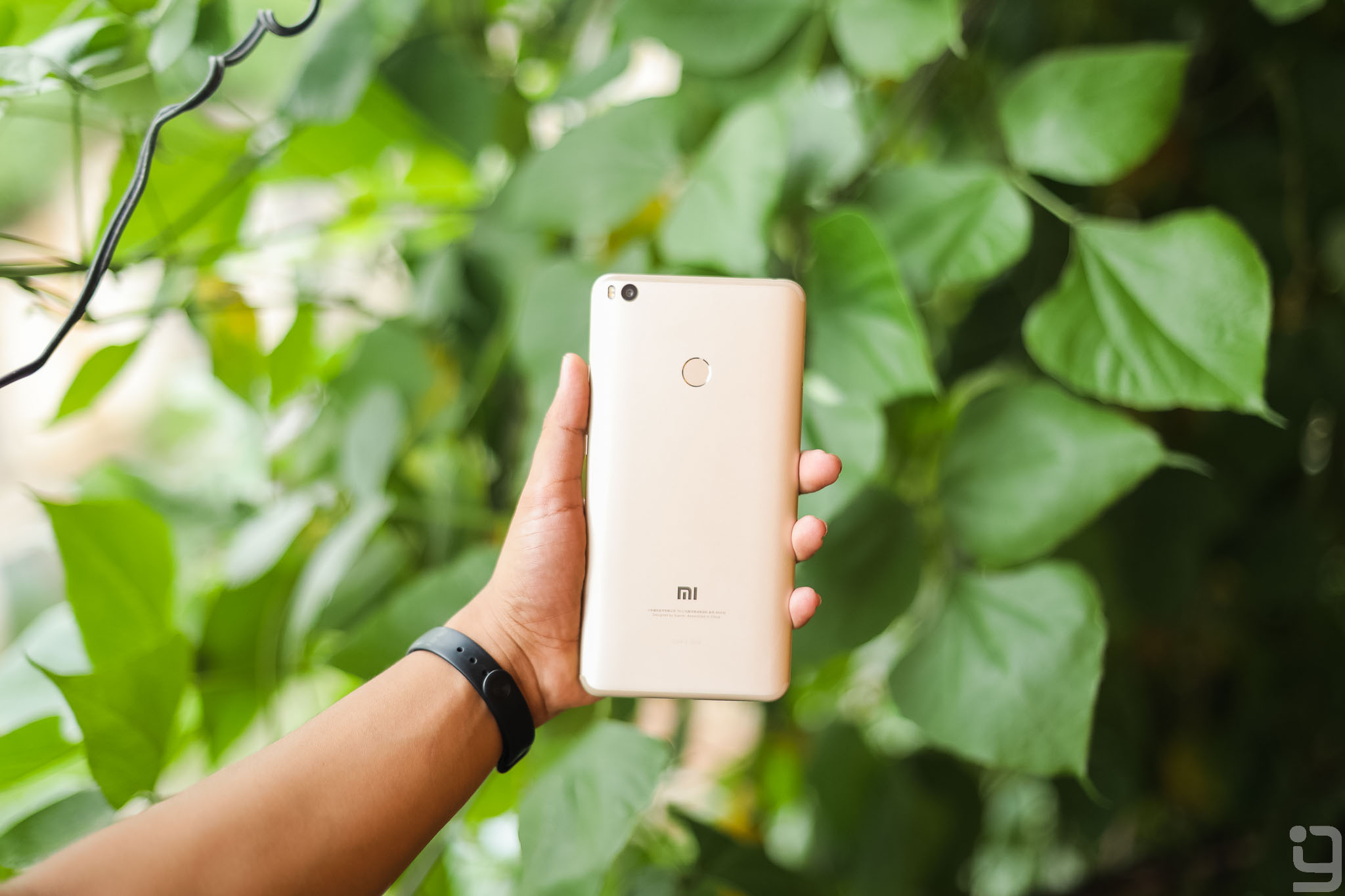 All in all, the Xiaomi Mi Max 2 is a large smartphone which perfectly suits the multimedia needs of the people. It has a 5,300 mAh which perfectly complements the smartphone. It is a good-looking smartphone with a minimalistic design. Yes, the smartphone could be too tall for some people, and yes it doesn’t really have a top-quality camera sensor, but for someone who is into a big display, either for gaming or any other multimedia purpose, it could exactly be the device they are looking for.