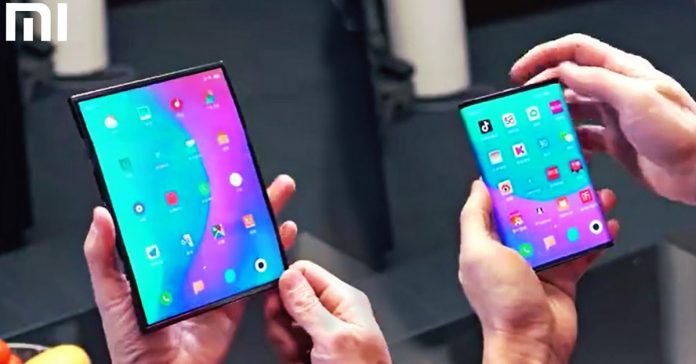 Xiaomi revealed its prototype of the foldable phone on Weibo. In addition to revealing it will have three folds, the company also asked the public to help name it. The phone when unfolded looks like a tablet. But then, it folds from the right and the left as well, to give the appearance of a smaller mobile device. It is all on video on Xiaomi’s social media networks, where Bin Lin, Xiaomi co-founder and the president himself, is using the device.

What benefits does this double-folding have? To be honest, we have no clue. But this design looks more interesting than your regular double-folding smartphone. And it probably has piqued everyone’s interest in it easily than Samsung’s foldable phone. But then again, the cost of this phone will probably be very steep, as this will be the first of its kind. And another question is what will these phones have to offer besides its foldable design for the price?

We will have to wait and see. For now, the only foldable phone that exists for sale is the Royole Flex Pai. Xiaomi’s foldable phone does not have a name yet…nor the specs or any other features. Samsung should unveil theirs along with the Galaxy S10 series on February. And other companies like Huawei and Motorola also have plans for the same in 2019.

So, foldable smartphones are coming, whether you see the sense in the design or not. Are you excited about them? Or do you think they are not really useful? Do let us know.