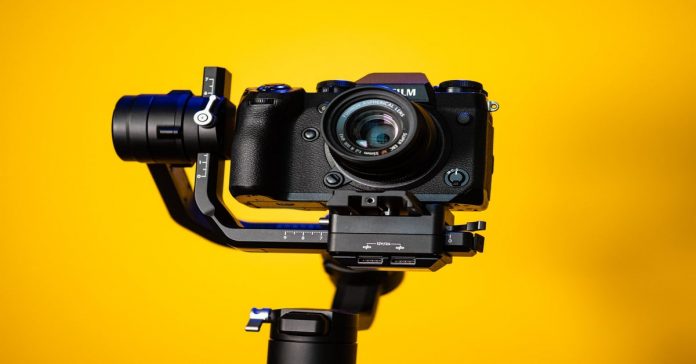 Compact, affordable and compatible. These are the qualities that best describe the new Zhiyun Crane M2. Chinese manufacturers, Zhiyun, has made a name for itself when it comes to handheld gimbals. The company offers a wide range of quality gimbals and this new addition, without a doubt, will further boost their image.

Weighing around 500g with a dimension of 267 x 169 x 138nm, the Zhiyun Crane M2 comes in a much smaller size as compared to its competitors. However, the compact size does not equal a compromise in its capabilities. With a maximum payload of 720g, the device is capable of carrying compact cameras, light mirrorless camera, mobile phones and many more. However, using the gimbal with different devices requires dedicated accessories for each. The device comes with a quick-release plate making it easier to mount and remove devices from the stabilizer. Furthermore, enhanced Wifi and Bluetooth control allow better camera control. The ZY Play app is required to pair your camera to the gimbal. Besides the usual wireless control of camera and gimbal, the ZY app allows users to capture a panorama, slow-mo and timelapse easily.

A bright OLED display panel informs the users about the Wifi and Bluetooth status along with other information. Though the battery is not specified, it claims to offer a 7-hour battery life.

From what it seems, the Zhiyun Crane M2 is all set to compete with Ronon-SC, which is the miniature version of Ronin-S. The compact gimbal designed by DJI claimed to deliver hugely but ultimately failed. The major complaint that most people had with the Ronon-SC was that it was too small to work with. Once mounted, the cameras tended to bump against the rear motors.

In contrast, the Zhiyun Crane M2 doesn’t even try to go there. It’s basically just suited for small setups. The device is now available for pre-order at $270.