Home Reviews ZTE Blade A2 Plus Review: All Day Power 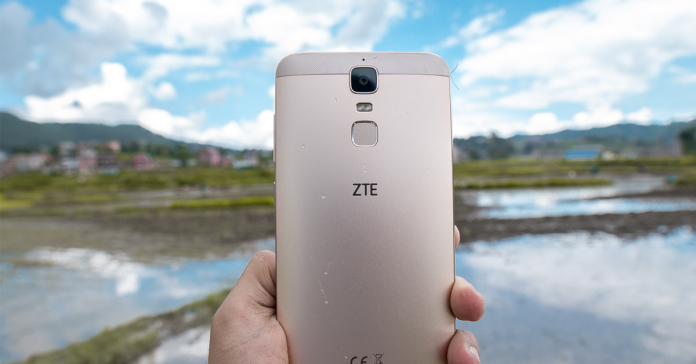 We see new mid-range phones ever so often and most of them come with similar pricing and specs so there isn’t much distinguishing factor between them. Some may come with bigger RAM, others with storage and some with sheer battery power. Today we’ve such phone from ZTE, the ZTE Blade A2 Plus which promises us with the best battery life possible. Let’s find out if the device delivers what it promises.

ZTE Blade A2 Plus: Specs Highlights First let’s start off with the feature focus of the phone, which is its massive 5,000mAh battery which has added some heft to it. It’s tagline “More Bigger Battery Larger Endurance” surely justifies the real life durability as well. With normal use, I could easily squeeze two days of battery life and with heavy gaming and frequent use, it lasted me until the end of the day which is what I would generally expect from a battery of this size. The phone comes with a lot of power saving modes if you want to get more out of the massive battery.

Also, accompanying the phone is a  5V-1.5A charger which fills up the device within 2 hours 15 minutes give or take.

Talking about the build of the device, the back comprises of metal finish and feels premium in the hand. The back also holds the fingerprint sensor and the camera parallelly. The top and bottom of the phone have a textured finish which goes well with its design. And on the front, the design feels uninspiring as it looks bland with nothing much going on. It has got capacitive navigation bar which is backlit. The lights turn ON when you press them but you can also always keep them ON. The phone is on the heavier side with 189 grams but feels sturdy nonetheless. And on the bottom, there are dual grills where one acts as a mic and another as the speaker. The A2 Plus comes with a 5.5 inch Full HD display and its colors are on the softer side. But you won’t notice that until you compare it with another device side by side. The colors of the display are tweakable with the use of  MIRA VISION option included in the settings. Watching movies and playing games on this screen won’t disappoint you but make sure you keep your hands off the speaker grill as it can completely suppress the sound. The viewing angles of this display are excellent from multiple viewpoints. I like how the display gets really dim making it easier to use at night, also it gets bright enough to be seen in direct sunlight. The display is susceptible to fingerprint smudges so it can sometimes hinder your visibility in direct lights. For performance, the A2 Plus has opted for MediaTek’s MT6750T octa-core chipset clocked at 1.5Ghz and comes with 4GB of RAM. The usual walkthrough in the device is smooth. The opening of basic apps are quick but the demanding apps surely take a lot of time. Titles like NOVA Legacy and Asphalt 8 are playable at low settings with low or no frame drops. Despite having a metal body, I could only feel a trivial amount of heat near the camera section while gaming for a longer period, this is definitely an attribute of having a low powered processor. And with 4GB of RAM, you can swiftly multitask between apps with ease. But the processor’s mediocrity is felt when you’re heavily multitasking with demanding apps.

ZTE’s Mifavor UI is running on top of Android 6.0 Marshmallow which is pretty dated. As these phones never get Android updates, it’s outdated software can be a letdown for many people. Like with most of the Chinese UI, there is no app drawer and everything is right on your home screen. The phone comes with plenty of bloatware which fortunately can be disabled. The usability is straightforward with very few features for the launcher. If you swipe up on the home screen it will provide you with options to change the accent color of the UI, icon shape, and swipe transitions. There isn’t much you can do from the default launcher so if you want more functionality, you should opt for a third party launcher. Most of the functionality here has been directed towards its fingerprint sensor. It has a clickable fingerprint reader, so there’s a lot you can do with it. A single click will take a screenshot, double click will turn on the camera and a long press will turn on the flashlight, however, these actions cannot be modified. I found these features handy for my daily use. But wait there’s more!

You can click pictures, answer your calls with a touch.  Swipe down the fingerprint sensor for notification drawer, swipe up for recent apps and left or right swipe on the gallery will flip through images. I really didn’t use these features but they are there if you want to make use of it.

The phone provides options to hide SMS, photos, lock apps and so on.  It also comes with its own health app called S Life which counts your steps and calories burned. It has Family Mode which by turning ON, you make the UI elements larger and easy to use. This feature is directed toward someone younger or older who finds using smartphone overwhelming. So overall, the phone has got minimal UI and features which will not intimidate you. Jumping into the camera of the phone, the UI is basic and there aren’t a whole bunch of features to play around with. Literally, there’s just the filter menu to choose between the different color filters and nothing more as a standard option. The UI seems inspired from the days of KitKat.

At daylight, the primary 13MP Camera results in acceptable photos but the colors are warm and the details are not on point. And in low light, the camera suffers well with lag in viewfinder and inability to focus. The images in low light are dark and contain lots of grains. The 8MP Front Facing Camera, however, results in well enough photos.  At low light, the front camera uses the screen as a flash which enhances the photo to some extent.

So, coming to the conclusion of the ZTE A2 Plus, the phone is really impressive when it comes to build and battery performance. If you want a decent smartphone with great battery life, then the ZTE Blade A2 Plus will suffice your need. But for the price, it feels comparatively deficient as there are better alternatives offering more for the same price.

Pros of ZTE Blade A2 Plus

As a battery oriented phone, it is essential to carry a substantial sized battery and also make sure it provides a justifiable standby time. With 5,000mAh battery and mediocre specs, the device easily makes it until the end of the day or next. Such backup comes handy especially if you’re someone who travels a lot and also not having to charge your device every now and then is a great relief.

Midrange phones are opting for metal bodies but substantially a lot of phones still lack this, so the ZTE Blade A2 has the edge when it comes to build quality. Although the phone is on the thicker side and is heavy due to the massive battery, it feels premium and has a solid build.

Usually, phones with Chinese UI is hard to use with loads of feature crammed into every other corner of the UI. But the ZTE has taken a minimalist approach, you can take this as a lack of feature or you can just appreciate how easy it is to use the device. You can navigate with ease and sort how things work in a jiffy.

Cons of ZTE Blade A2 Plus

The first thing we look for in a new smartphone is its camera and the ZTE Blade A2 Plus’s Camera didn’t impress us that well. The Camera can be termed as average, as the images on the daylight are good with the slight lack of details and colors. Also, the lack of features in the camera UI has handicapped the users from getting creative with the camera.

The main issue here is when you open the camera UI in low-lighted conditions. The viewfinder lags a lot, leaving trails of objects as you struggle to maintain your focus on the subject.

After Camera, performance is the second thing people look for in a smartphone. The phone uses a mediocre MT6750T chipset which falls short when you push the device with heavy multitasking and extreme gaming. Opting for SnapDragon 625 would have been great for the performance.

Here are few of the alternatives of ZTE Blade A2 Plus: