Alongside the new iPhone SE and iPad Air, Apple has also launched the Mac Studio last month. This desktop computer comes with M1 Max and the all-new M1 Ultra chip. And now, it is up for pre-order in Nepal. In this article, we will walk through the specs, features, availability, and official price of the Apple Mac Studio in Nepal. 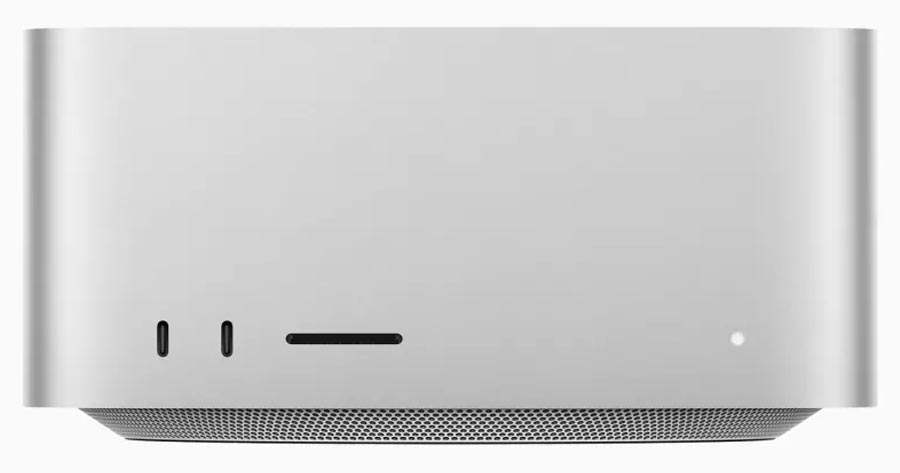 The Mac Studio is a cube-shaped desktop computer that stands 3.7-inches tall and measures about 8-inches on each side. Basically, it’s like a Mac Mini—but bigger in size. Apple says it’s compact enough to fit into most workstations and even tuck in under a display. Like the Mac Mini, the Studio is only available in a Silver color variant.

Under the hood, the Mac Studio is loaded with either the M1 Max or the new M1 Ultra chip. The latter is the world’s most powerful chip for a personal computer.

Apple claims that with the M1 Max, the Mac Studio can give up to 50% better CPU performance and nearly three times faster graphics than a Mac Pro with a 16-core Xeon processor. Furthermore, the newer M1 Ultra outperforms the same Mac Pro by up to 90% in CPU performance and by 80% in graphics performance. 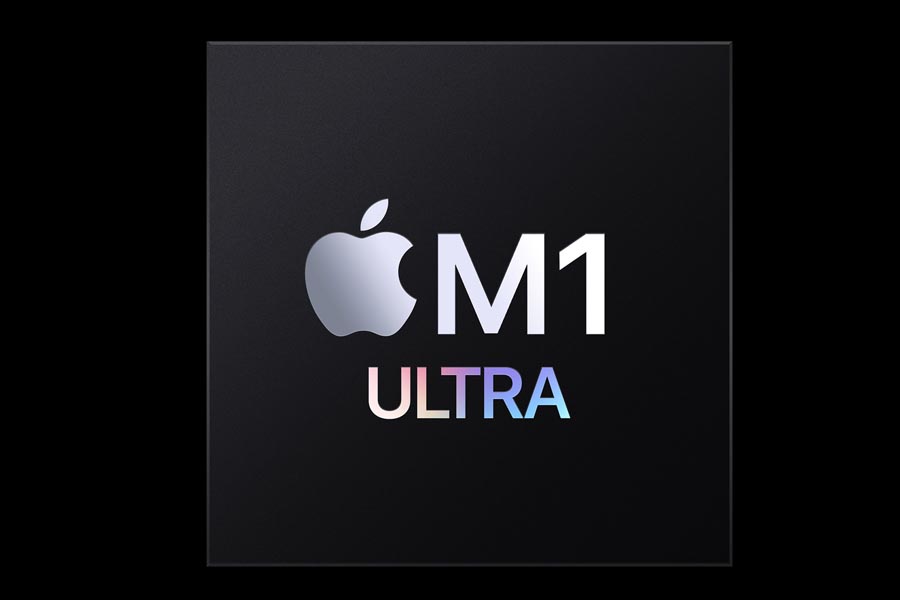 To note, the M1 Ultra chip is essentially two M1 Max chips connected together on a single die and able to perform as one chip, which Apple calls UltraFusion architecture.

The Mac Studio has a double-sided fan at the base to suck in air and keep the temperature under control. To guide air through the internal components and cool the silicon, the computer has arranged airflow channels and over 4,000 holes on the back and bottom of the enclosure. As per Apple, the fan’s speed remains incredibly quiet, even under the heaviest workloads.

On the back, the computer has four Thunderbolt ports, two USB-A slots, an HDMI port, a 10 GB Ethernet port, and a headphone jack. However, the I/O option on the front varies on which Apple silicon you choose. The M1 Max has two USB-C ports on the front, whilst the M1 Ultra Mac Studio has two Thunderbolt 4 connectors. Besides this, both models include an SD card slot.

The Mac Studio is capable of driving up to four Pro Display XDRs, plus a 4K TV. On the other hand, the wireless connectivity mode includes WiFi 6 and Bluetooth 5.0. For audio, it has a built-in speaker.

The price of the Apple Mac Studio in Nepal is NPR 319,000 for the base variant with the M1 Max chip, 32GB unified memory, and 512GB SSD. Similarly, the M1 Ultra model with 64GB memory and 1TB SSD costs NPR 619,000. You can pre-order it from authorized e-commerce platforms like Hukut Store.