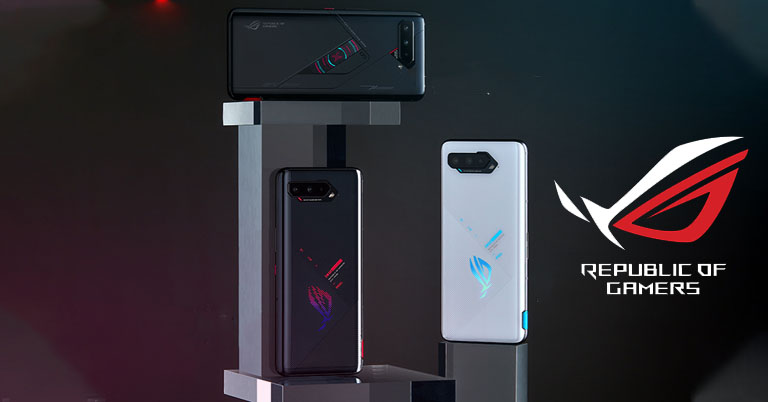 Back in March, Asus launched the ROG Phone 5 lineup powered by Snapdragon 888 chipset. However, since Qualcomm has already launched the SD 888+ chipset, Asus has updated the lineup with new models. Here, we will be discussing the key features of Asus ROG Phone 5s and 5s Pro, along with the specs and expected price in Nepal.

ROG Phone 5s series consists of vanilla 5s and a Pro model. Unlike the regular ROG 5 series, here is no Ultimate variant this time around.

Between the two lineups, the biggest difference lies on the inside. Like I mentioned earlier, the ROG Phone 5s and 5s Pro are equipped with the latest Snapdragon 888+ chip. It boasts a maximum clock speed of up to 2.995 GHz, up from 2.84 GHz on the Snapdragon 888. AI performance also gets a boost from 26 TOPS to 32 TOPS.

You can configure the ROG Phone 5s lineup with up to 18GB of LPDDR5 RAM and 512GB of internal storage.

Moving on, Asus has also bumped the touch sampling rate from 300Hz to 360Hz on the new models. This should make the phones more responsive during gaming. The company has even added a color AMOLED panel at the back of the 5s Pro. On the other hand, ROG Phone 5s features an RGB logo.

Besides this, other aspects have remained unchanged. You get a 6.78-inch Super AMOLED FHD panel with a 144Hz refresh rate.

Feuling the phone is a 6,000mAh battery with support for 65W charging. The Pro model comes with an AeroActive Cooler 5. It’s a chip-on cooling fan that also adds two shoulder buttons. Even without the cooler, the ROG Phone 5s lineup two ultrasonic buttons. The Pro model also has two additional sensors at the back, which are not available on the vanilla model.