Daraz, the leading e-commerce website in Nepal is not just known for its wide variety of products on their shelves but also for the deals and discounts, which it offers on a regular basis. This time, the e-commerce giant is offering discounts on various Samsung smartphones.

If somebody asks me, which smartphone to buy at a price under Rs. 35,000, I would definitely recommend the Galaxy A50. The phone comes with a triple camera setup at the back and in-display fingerprint scanner. It is also the least expensive smartphone to come with these features. The Galaxy A50 also flaunts a sizable 4000mAh battery and a big 6.4-inch Super AMOLED display. The display on this device comes with a minuscule notch on the top. On the performance side, the phone features Exynos 9610 chip with 4GB RAM and 64GB of onboard memory. And this hardware setup looks plausible especially while considering the price. 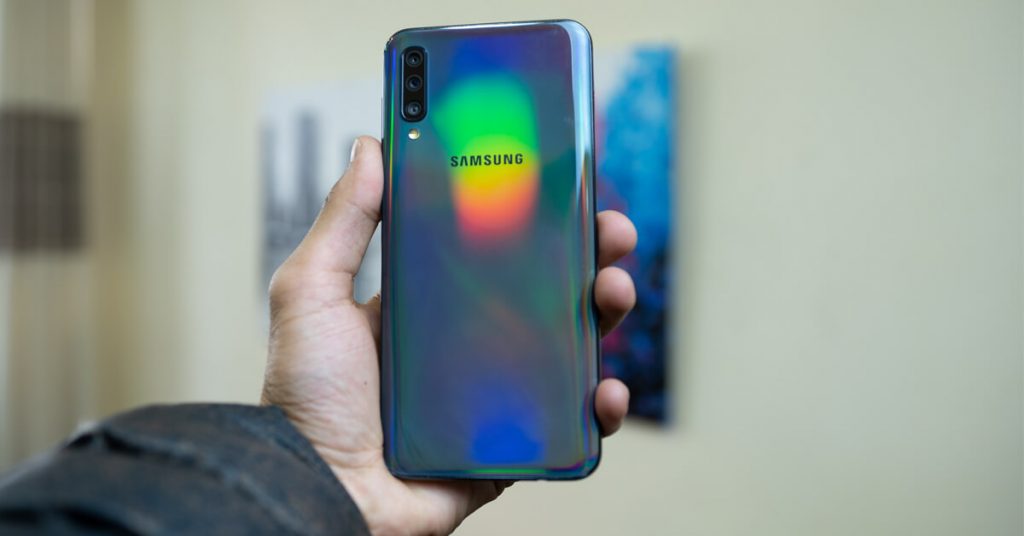 The device was priced at RS. 33,490, during its launch. The smartphone is also available at the same price in the retail store. However, in Daraz, you can get the handset for just Rs. 32,200.

The Galaxy A30 also comes with the same 6.4-inch Infinity-U display featuring Full-HD+ resolution. The display on the device flaunts Super AMOLED panel due to which the contents pop with true to life colors. Apart from that, the phone comes with Exynos 7904 chipset on the performance front. The phone also gets 4GB RAM and 64GB of onboard memory. Since the Exynos 7904 is said to be comparable with the Snapdragon 636, we can expect its performance to be on par with a slightly expensive Xiaomi Redmi Note 6 Pro.

On the optics front, the Galaxy A30 enjoys a dual camera setup. The 16MP main camera is accompanied by a 5MP ultra-wide-angle camera. With this camera setup, the Galaxy A30 is slightly more versatile than its competitors are. The Galaxy A30 also comes with a massive 4000mAh battery to keep the device running. As far as the price of the device is concerned, the Galaxy A30 was initially available for Rs. 28,490. Cutting the price, Daraz is selling the device for just Rs. 27,400.

The Galaxy M20 is also available for purchase from Daraz. The phone can be purchased for Rs. 18,490. And considering the specs it inherits, it is the best smartphone in Nepal at the price under Rs. 20,000.

Unlike the Galaxy A30 and A50, there is no such discount on this device. Since Samsung has already priced it aggressively, this is understandable.