DJI has officially announced the successor to the Mavic Air 2. The new DJI Air 2S drops the Mavic branding just like the Mini 2. The latest drone comes with a bigger sensor, can record 5.4K video, and has improved autonomous flying. In this post, we will be discussing the specs, features, expected price, and availability of DJI Air 2S in Nepal.

DJI Air 2S is the exact same size as its predecessor but it’s heavier at 595 grams. In its unfolded state, it measures 183 x 253 x 77mm which changes to 183 x 253 x 77mm when folded. Even under this, the height of the Air 2S is slightly less than that of the Mavic Air 2. This should make carrying it around easier.

Moving on, the DJI Air 2S now has a 1-inch image sensor that is twice as big as the one in its predecessor. The pixel size is also larger at 2.4µm. With this, the drone can capture still images of up to 20MP. In terms of videos, it can record 5.4K videos. The drone also supports new zoom technology that allows it to go up to 4x zoom at 4K 30fps.

DJI has also introduced a new feature called MasterShots which automatically plans the flight path while recording video. Once the flight is completed, the drone merges the footage under one theme. In addition to this, you get the usual FocusTrack, QuickShots, and Hyperlapse features as well.

The Air 2S comes with two additional environment sensors that allow the drone to perceive its surrounding in four directions. Additionally, the Advanced Pilot Assistance System has also been upgraded to v4.0 which unlocks a wider Field of View (FOV) for the drone. It can also warn pilots of ADS-B (Automatic Dependent Surveillance-Broadcast) signals from surrounding aircraft. Other safety features include RTH (Return-To-Home) and GEO 2.0. 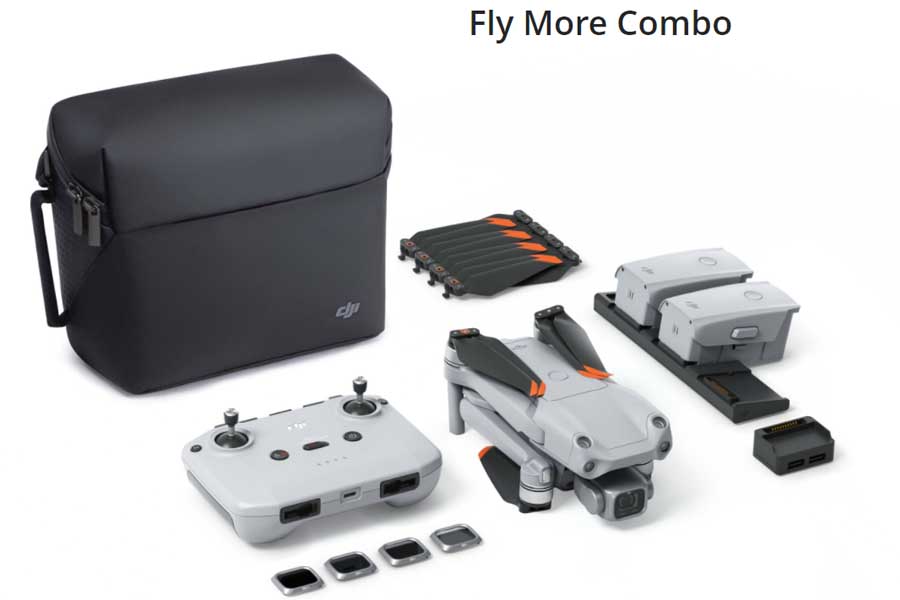 Fueling the drone is a 3500mAh intelligent battery that offers a maximum flight duration of 31 minutes. It’s a small downgrade from 34 minutes on the Mavic Air 2. The drone also comes with DJI’s most advanced O3 (OcuSync 3.0) transmission that can now transmit 1080p videos over a 12 km distance via its four antennas.

The price of DJI Air 2S starts at $999 for the drone, battery, charger, controller, and three pairs of propellers. The $1,299 Fly More Combo adds three batteries, four ND filters, and a shoulder bag. When it launches here, we expect the price of DJI Air 2S in Nepal to be around NPR 140,000 for the standard edition.