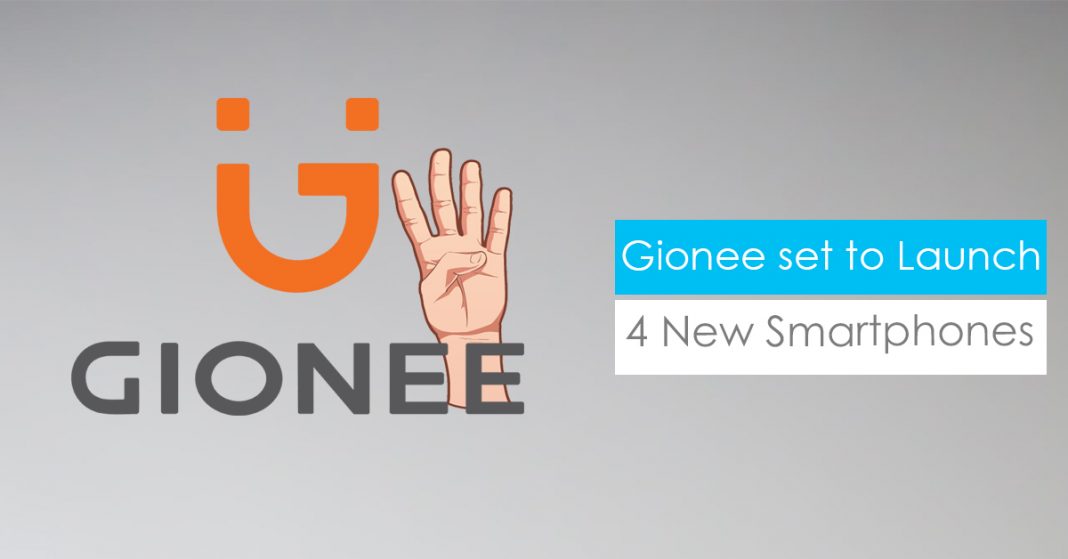 Gionee is known for its midrange smartphones and this time around, they seem to be going big with their lineup. Earlier, Gionee teased three of its upcoming phones on the Chinese micro-blogging site Weibo. The phones include Gionee F205, F6, Steel 3 and Gionee S11. Although they come with different specifications inside, the common hardware they carry is the new 18:9 aspect ratio bezel-less design. All of these phones will be revealed on November 26. 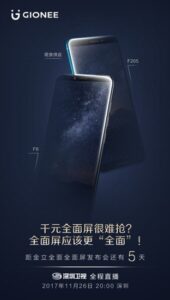 Gionee F6 is a phablet that comes with the screen size of a 5.7-inch display with HD+ resolution (1440 x 720). It is also powered by the same MediaTek MT6739 Quad-core chipset. But it offers higher 4GB of RAM for better multitasking on a huge display. The phone will likely have 32GB onboard storage with option for expansion up to 128GB. It will also be running on 7.1.1 Nougat although Oreo is already out. For optics, it holds Dual Camera set up. The primary unit comprises of a 13MP sensor while the assisting unit has a 2MP sensor. The combo will likely produce Bokeh effect. And up front, it’ll carry an 8MP camera. Gionee F6 will be backed by a 2970 mAh battery. 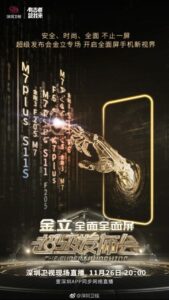 Next phone on the list is the Gionee Steel 3. It seems to be a battery oriented phone as most of the specifications are similar to the prior mentioned phones. It holds a large 4,000mAh battery and may come with fast charging. Gionee Steel 3 will boast a 5.5inch HD+ display with 18:9 aspect ratio. It will be powered by the MediaTek MT6739 processor clocked at 1.5GHz. It will shoulder 3GB or RAM for multitasking. The phone will come with a single camera support. Both sides will have an 8MP sensor. For storage, it’ll offer 32GB onboard memory with support for expansion. It will carry a fingerprint sensor on the back. 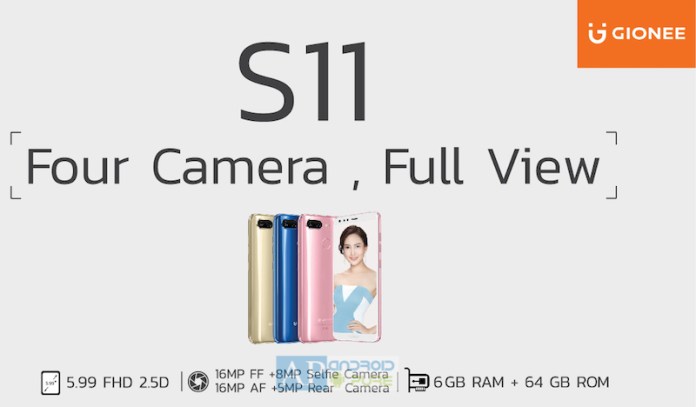 The Gionee S11 has been in the rumor-mill for quite some time. From the design of the phone to its specification on AnTuTu everything has been leaked. It will sport a 5.99-inch Full HD+ display. It will be powered by Helio P23 (MT6763T) chipset clocked at 2.3GHz. This phone will carry 6GB of RAM on board. For storage, it will offer 64GB of internal storage. The phone will be known for its quad-camera set up with 2 cameras on the front and 2 on the rear. The rear will hold a pair of 16+5MP while the front will hold the combo of 16+8MP. Both of these set up will enable to take Bokeh photos.

You can also read about the Gionee M7 Plus which is likely to be launched that day. It is speculated that Gionee will launch a total of 8 Smartphones on November 26.