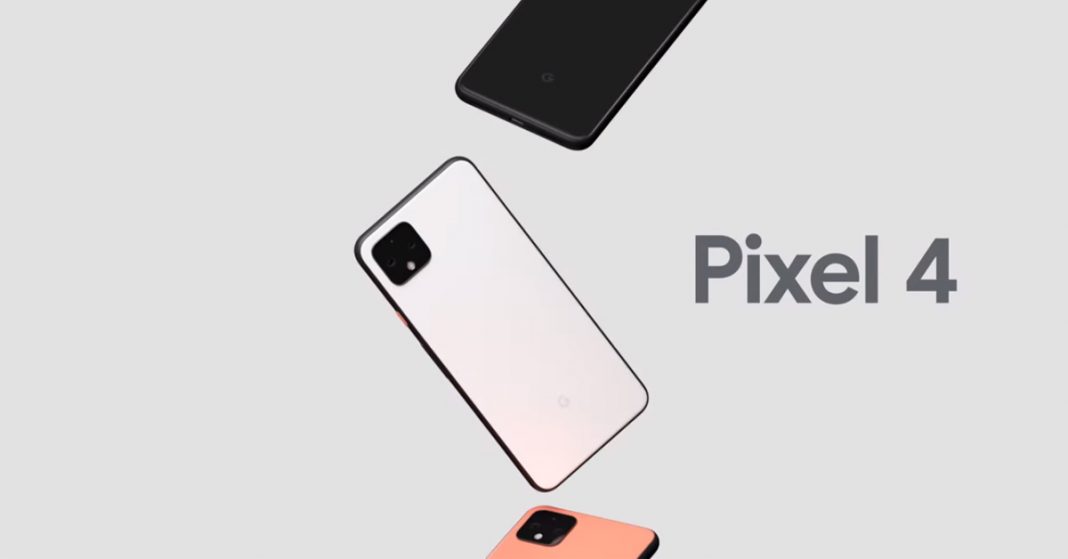 Google wrapped up the “Made by Google ’19” event yesterday in New York City. This annual event is where the company showcases its latest hardware ranging from phones, Chromebooks to other household devices. Unarguably, this year’s main highlight was the new Pixel 4 & Pixel 4XL. With Google itself kicking off the leak train, there was little left to imagination since every key prospect of the device had already made its way on to the internet before the official launch.

For the past 4 years, Google has embodied the tradition of bringing out smartphones of its own design and build to the consumers. The original Pixel phone saw moderate success in the company’s home market and other regions. However, every iteration of the phone has shared the same success story. A major contributing factor to this could be the imbalance among the overall build of the device. Pixel 1 had a solid build but a dated design, the Pixel 2 on the other hand, had display issues and last year’s Pixel 3 XL had a hideously large top bezel. While the new Pixel 4 and Pixel 4XL come with some of the most amazing features you could find on a phone, it still follows suit to the maladies of the past. In a time where the entire industry is pushing towards a full-screen display and fancy curvatures, Google isn’t kowtowing to the design trends of the present. Both phones from the company have a flat OLED panel with a noticeable bezel on the top and bottom. Personally, I’m not a fan of bezel-less and curved displays since they’re more prone to damages from slightest drops and also comparatively exacting to operate. Looking at a bigger picture, replacing the screen is expensive while also contributing to electronic pollution. So I praise Google for going with the old-school design with the Pixel 4 & 4XL. Kudos!

Talking about the similarities, the new phones from Google run on the quasi-neo, yet still a powerful Qualcomm Snapdragon 855 chipset and Adreno 640 GPU. This is complemented by 6GB of LPDDR4x RAM. Pixel phones have never been known for a blazing fast performance to the likes of the OnePlus devices and the story continues with the new Pixel 4. It has an older-generation UFS 2.1 storage technology on a disenchanting 64/128GB option. Insult to injury, you now don’t get to back up all of your photos in original quality for free on Google Photos like last year’s Pixel 3. However, you do get the Google One subscription free for 3 months.

Moving on, while other OEMs came up with dual, triple, and quad-camera setups, Pixel phones still hogged the title for the best smartphone camera with its single camera. With the help of machine learning and computational photography, Pixel phones delivered the best photos, especially Selfie Portraits and Night Sight. The Pixel 4 & 4XL hope to take things to new heights with the dual-rear camera; a first on a Pixel phone.

Both phones have a 12.2MP Dual Pixel PDAF f/1.7 sensor and a 16MP f/2.4 telephoto lens with OIS and EIS on the back. Prof. Marc Levoy from Google Research took the time to specifically point out why the company prioritizes telephoto to wide-angle shots. On the front, there’s a single 8MP f/2.0 sensor with a 90° field-of-view. The most standout camera features of the Pixel 4 are as follows:

On a related note, there’s not much to get excited about the videography capabilities of the Pixel 4. The rear camera can shoot 4K videos at 30fps and slo-mo 240fps videos at 720p. The front camera, on the other hand, is capable of 1080p videos at 30fps.

Now to the exciting part. Google finally managed to strap in a radar sensor on to a Pixel phone, which is also an industry-first. We finally get to see Project Soli embedded into a phone. The Soli Radar Chip facilitates Motion Sense which can detect the user’s proximity around the phone and behave accordingly. For instance, reaching your hands towards Pixel 4 after an alarm goes off will trigger it to reduce the volume. There are other use-cases of this technology as well like skipping music, managing calls, etc with a wave of your hand.

On the topic of sensors, Pixel 4 also features an array of them specifically for face-unlock. There are two face-unlock IR cameras, a Dot Projector and a Flood Illuminator. After setting up, Pixel 4 unlocks in a blink of an eye. The aforementioned Motion Sense using the Soli Radar chip knows when you’re near the phone, unlocking the device post-haste amidst picking it up. All your face unlock data is locally stored and secured by the Titan M security chip. Face unlock replaces the physical fingerprint sensor or an in-display one on Pixel 4, which can be also used to make payments and sign in to different apps. 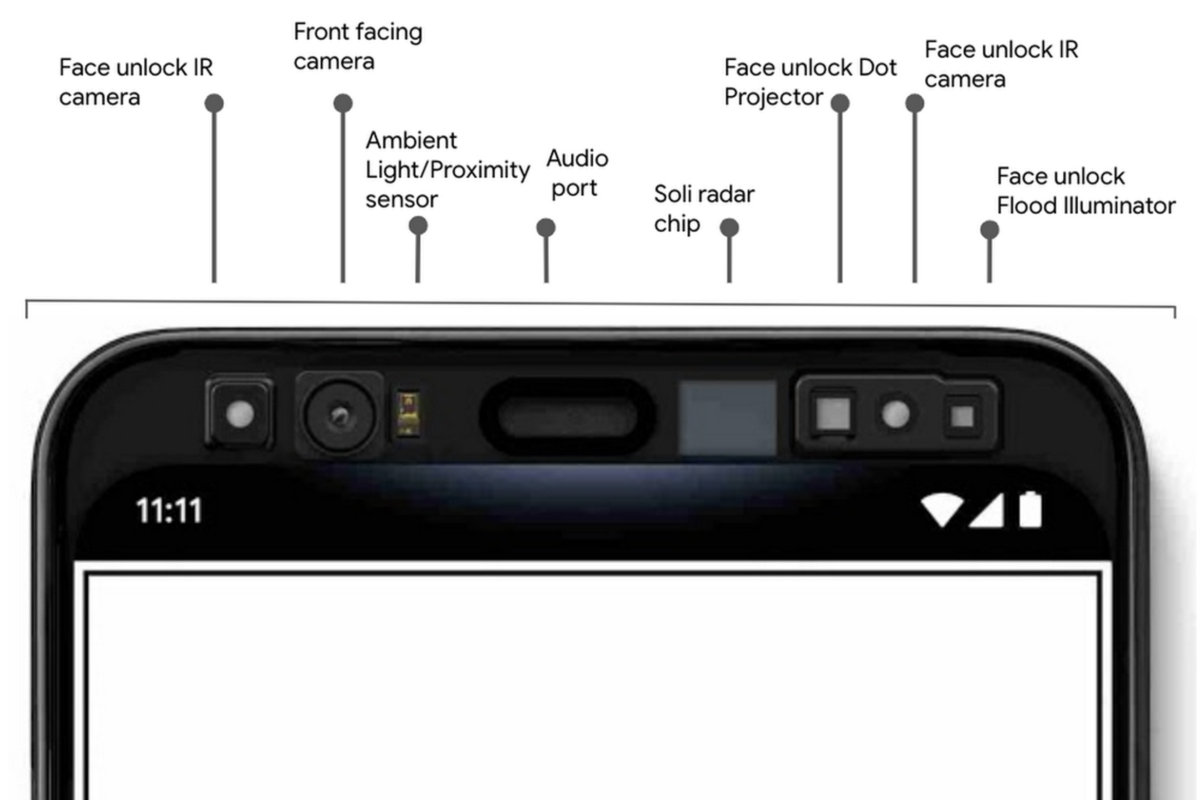 Google Assistant is now faster than ever with an on-device version of language model (English) embedded into the Pixel 4. The hybrid model of the assistant can fulfill on-device requests locally while requiring an internet connection for other requests.

There’s now an Audio Recorder app made by Google, which can record and transcribe the audio in real-time. Additionally, the saved recording can be searched using metrics like file name, or word(s) recorded. Like the Google Assistant, the Recorder app transcribes audio locally too. Furthermore, the 3.5mm headphone jack is still absent.

You’d think Google would pack a bigger battery to power all those sensors and the 90Hz display. But nope, there’s a measly 2800 mAh battery on the Pixel 4 and a slightly bigger 3700 mAh one on the bigger Pixel 4XL. What was Google thinking, we may never know. Both phones support Qi-wireless charging and 18W fast charging, which is not that great either considering there are phones with 45W, 50W and even 65W charging in the market. Battery life is going to be a major headache for the Pixel 4 users for sure.

Pixel 4 runs on the latest Android 10 OS. When it comes to software updates and security patches, Pixel phones have always been the first to get them. Google’s Project Mainline can now deliver the monthly security patches through the Play Store without requiring a hard reboot of the device. It will receive a minimum of 3 years of OS and security updates.

Let’s take a deeper look at the specifications of the Pixel 4 & Pixel 4XL.

Google will not be releasing the Pixel 4 & 4XL in India which is a major surprise. Since the Soli Radar Chip operates on the 60GHz spectrum which is prohibited for public use in the country, Google failed to license it with the Indian government. There may be other factors at work too since Pixel 4 & 4 XL is launching in Japan without Motion Sense there. The phones are up for pre-order now while shipping starts from October 24.

People are divided over the latest Pixel phones. Some argue Google could’ve done a better job by pricing it a little lower, using a newer chipset and adding a wide-angle lens, while some think it’s good as is.

It’s important to remember that selling smartphones is not Google’s primary business, nor is it the company’s main source of revenue. Google is a software company and has repeatedly proven how good phones can get when complemented by excellent software.

Google isn’t looking to sell millions of units of the Pixel phones to the likes of Samsung Galaxy S10, nor does it hope to clear the stock minutes after being up for pre-order. It isn’t deliberately trying to lose money either, don’t get me wrong. Pixel phones represent how beautiful, stable, helpful, and productive Android can be while also setting the benchmark for smartphone photography.

Now there’s a swarm of people complaining about the availability and pricing of the phone. One of the main standout features of the phone isn’t compatible in many regions of the world and hence will not be available for purchase. Also, the pricing is fairly on the expensive end when looking at the specs.

For almost half the cost of a Pixel 4XL, you can buy the latest Realme X2 Pro which has an upgraded chipset, a quad-camera setup, and a near bezel-less display. Google knows its production capability, it knows it can’t compete with OEMs like Samsung, Huawei, Xiaomi, OPPO, etc. to make its flagship Pixel phone cheaper. Simply, Google isn’t that big of a smartphone manufacturer and you know what, it’s okay. And as I mentioned earlier, it’s not aggressively pushing to become one either.

When purchasing the Pixel 4, you won’t just buy a smartphone, you’d also be directly supporting a cleaner cause. Impressively, Google’s operations have been carbon neutral since 2007 and all of its energy consumption since the past two years have been fulfilled by renewable energy sources. Also, the company uses recycled materials for manufacturing several parts of its devices. I’m a sucker for environmental protection, sue me! Now does that absolutely justify the cost of Pixel phones? Maybe, maybe not! That’s a subjective opinion. For me, I think it’s reasonably priced considering all the factors involved though I’d like to voice my small protest regarding the storage and battery capacity.

But hey, don’t you think it’d be even better for Pixel phones to be easily accessible to the masses at a cost they can afford?

Of course! And for this to come true, I hope Google eventually launches budget-friendly Pixel 4a and 4aXL with the sensors and whatnots compatible everywhere in the world for people looking for the cleanest Android experience and an excellent camera on a budget.