Home Google These concept-renders of the Google Pixel Watch are breathtaking! 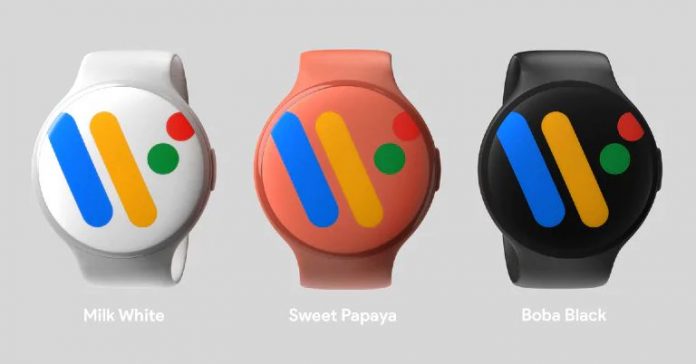 The rumors of Google releasing a smartwatch has been around for a while. It was rumored that Google would launch the Pixels Watch alongside the Pixel 3, but that didn’t happen. Two years later, and there are still no official signs of Pixel watch. However, Cheng-Jay Tsai, a designer, has released a series of renders of what he thinks will a smartwatch from Google would look like. Read along to know more about the unofficial renders. 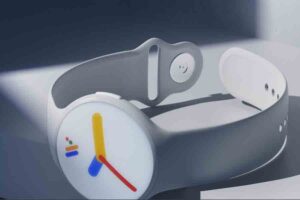 Cheng-Jay Tsai, otherwise known as James Tsai, has taken inspiration from recent Google launches to come with his renders. The renders reveal a smartwatch with a circular screen of 40mm diameter. The matte glass is not entirely flat but has a hyperboloid shape to it. Similarly, it has a slim button on its right. These renders reveal the watch in three different colors and Tsai has actually given them Google-like names to them – Milk White, Sweet Papaya, and Boba Black.

The supposed Pixel Watch stands out among the current Android smartwatches because of its slim profile. Pixel Watch looks stylish because of its coloring scheme. Because of the color, the strap and the main body all blend in perfectly. Tsai predicts the back panel of the watch will be made up of ceramic. The back panel will also house the microphone and speaker.

Rest of the details

Tsai imagines that Pixel Watch will come with an Always-On display mode. Leaving it turned on will result in the screen matching the color of the body and the wrist strap, further improving the look. The screen will also be home to Google’s animation clock. The design ideas reveal multiple ways that the watch can be controlled.

As per Tsai, users will be able to interact with the watch through gentle touch, vertical and horizontal swipes. Similarly, other options include a rotating side button instead of a pressable side button. There could even be a physical rotating bezel like on Samsung’s Galaxy Watch 3. Tsai also credits Julie Durazo for these concepts. Pixel Watch is supposed to run on WearOS by Google.

The renders and the concepts are very interesting, However, it is an outcome of Tsai’s imagination. It’s not official and we don’t know yet if Google has a smartwatch in its pipeline yet. but if there is a Pixel Watch in Google’s plan, we would want that to look somewhat like this.