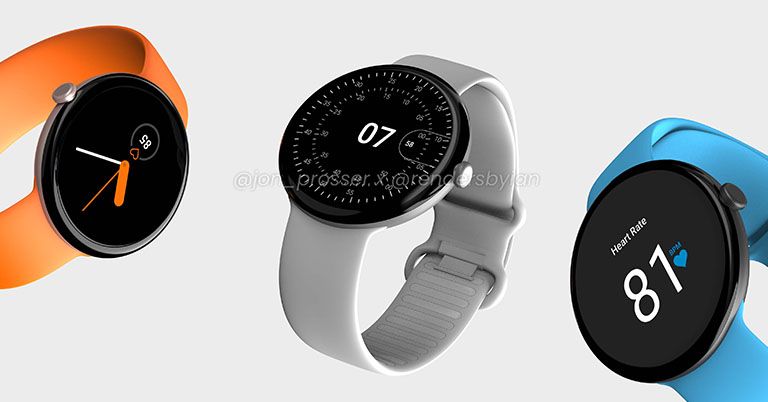 Rumors of Google launching an Android smartwatch have been on the internet since 2018. However, it’s only last year that we have been getting some concrete information about the watch. And now, Android Central has revealed exclusive hands-on images of what could be the final design of the Pixel Watch.

The Pixel watch was spotted at a restaurant in the USA. Android Central’s report speculates that it could be “a testing model for the Internal Pixel team”.

As you can see in the picture, it sports a minimal design and a circular dial. Furthermore, there is a rotating crown, and two hidden buttons like the leaks suggested. Looking at the seemingly proprietary watch bands, they are pretty similar to Apple ones. Besides the dark blue bands seen on the images, we can expect more color options from Google. However, the proprietary nature of these watch bands may restrict third-party options.

The box left behind with the watch read, “This device has not been authorized as required by the rules of the Federal Communications Commission and Industry Canada, nor has it been tested for compliance with EU regulations.”

It also mentions that the watch is for internal testing and development only.

According to rumors, Pixel Watch will be made by Fitbit, which Google acquired last year. It will operate on Google’s Wear OS 3 platform, which was developed in collaboration with Samsung. The tech giant will also be adding Fitbit’s health tracking into the OS. To note, Fitbit CEO James Park announced the Fitbit integration into Wear OS at the company’s 2021 I/O event last year.

Moreover, we can expect a fair share of Pixel-exclusive tweaks and features on the Pixel Watch.

One such feature is offline Google Assistant, which debuted with the Pixel 6 series. Google Assistant will also be faster on the Pixel Watch since the data would be processed within the watch instead of it traveling to Google’s server for the same. 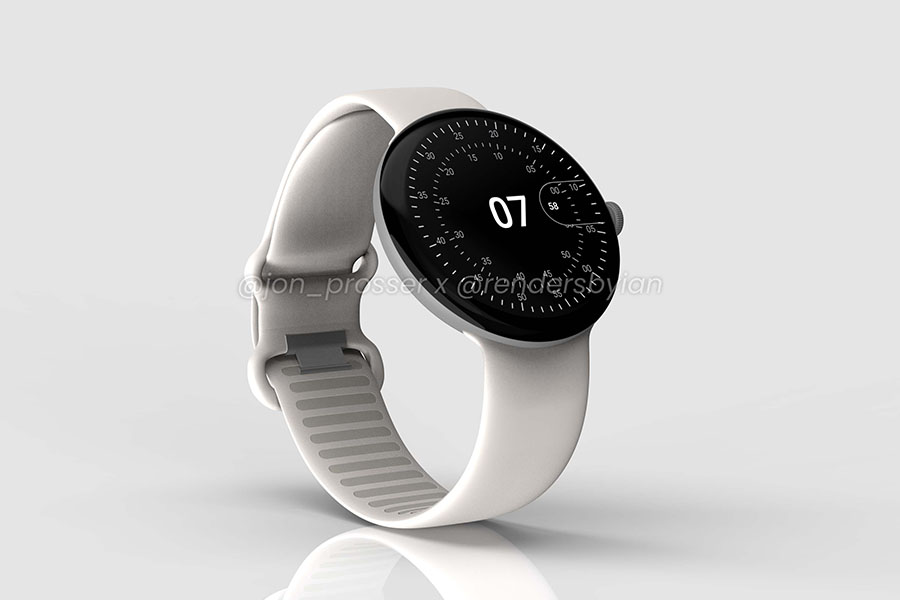 For offline voice assistance, Pixel Watch needs quite a capable CPU for which Google might again turn to Samsung. Reports have hinted at Google might be using an Exynos chipset here. However, it could well turn out to be a Tensor chip, built by leveraging Exynos technology.

According to new reports, Google will most likely release a Fit model of the Google Pixel Watch. There isn’t much information available about the watch. The Pixel Watch Fit will have thicker bezels and an aluminum body rather than the rumored stainless steel body of the Pixel Watch.

Google Pixel Watch is expected to debut during the 2022 I/O Conference in May. Besides this, people are also anticipating the launch of new Pixel smartphones. Per the reports, Pixel Watch would be a premium offering competing with the likes of the Apple Watch.