Like last year’s Hero 9, the new GoPro Hero 10 Black features the same 1/2.3-inch camera sensor. Thanks to the new GP2 chipset, it can make full use of the 23.6MP sensor by taking 23MP still shots. To compare, the GoPro Hero 9 could only capture 20MP still photos due to limited processing power.

The new chipset also activates Local Tone Mapping and 3D Noise reduction technology for finer details and reduced noise even in low-light settings. It also allows the front display to run at 30fps. 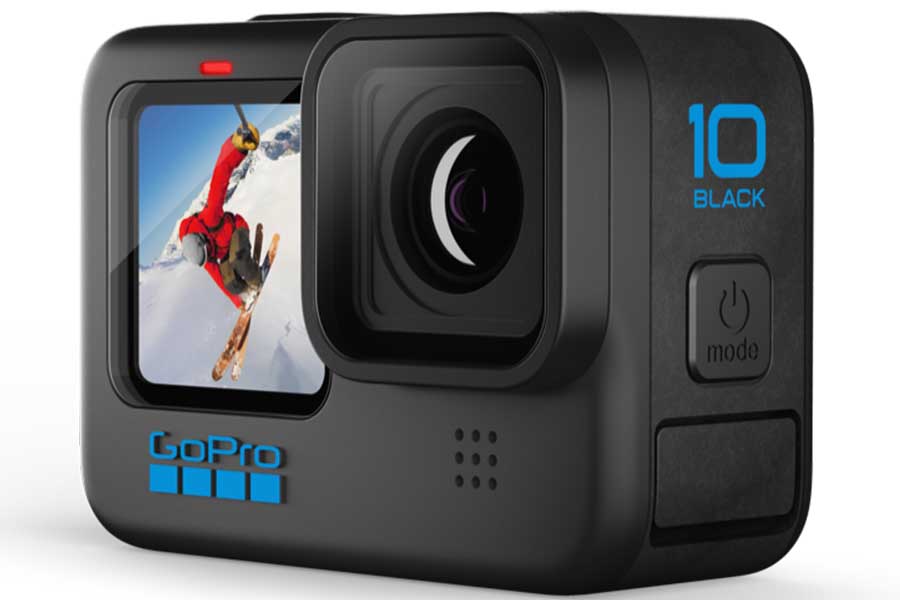 Additionally, you can wirelessly sync the recording to the GoPro Quik app. The company says that the process is now 30% faster. Here, you can apply quick edits to the uploads. Similarly, you also have the option of transfer recordings via wired USB connection and Cloud upload. However, the latter requires paid subscription to GoPro’s cloud service.

GoPro Hero 10 Black lets you record videos using TimeWarp 3.0 and Night Lapse too. Thanks to the Hindsight feature, the camera Hindsight starts to capture up to 30 seconds before users hit the record. GoPro Hero 10 uses the same battery as its predecessor. Thus, it would drain much faster due to the new powerful chip and advanced features. Regardless, you also get the option to buy and apply different mods to the camera.

The official price of GoPro Hero 10 Black in Nepal is NPR 75,550. You can buy it directly from Icefall Technologies or from authorized sellers like Oliz Store.