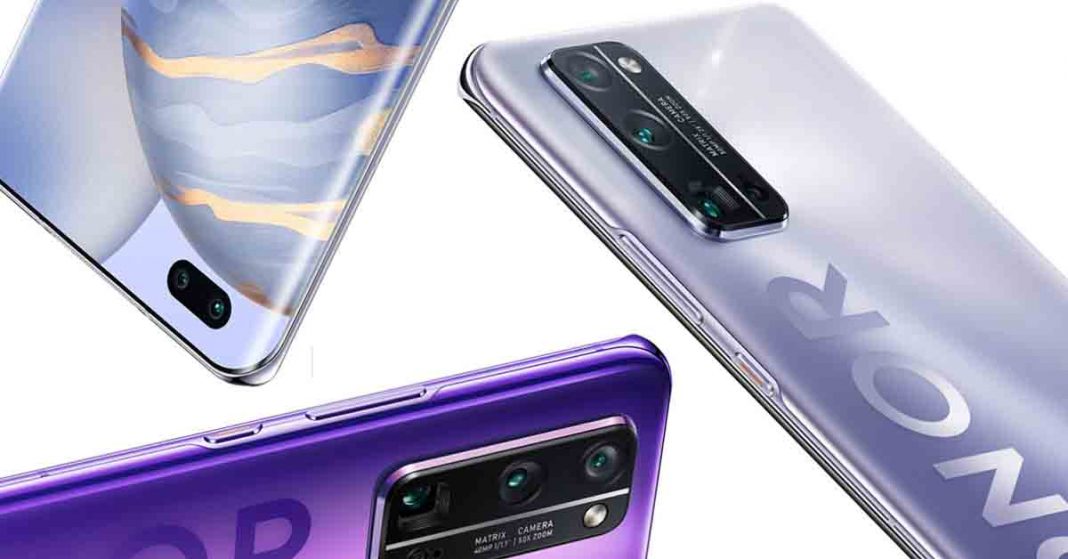 Both the Honor 30 Pro and Honor 30 Pro+ feature 6.57-inch OLED panels with a resolution of 2340 x 1080 pixels. The screen is curved at both edges of the devices. While the Pro+ model supports a refresh rate of up to 90Hz and a response rate of up to 180Hz, the Pro model is stuck with the industry-standard 60Hz refresh rate. They both feature a pill-shaped cut-out for the dual selfie camera. An optical fingerprint sensor has been adjusted under the display of both the devices for biometrics. 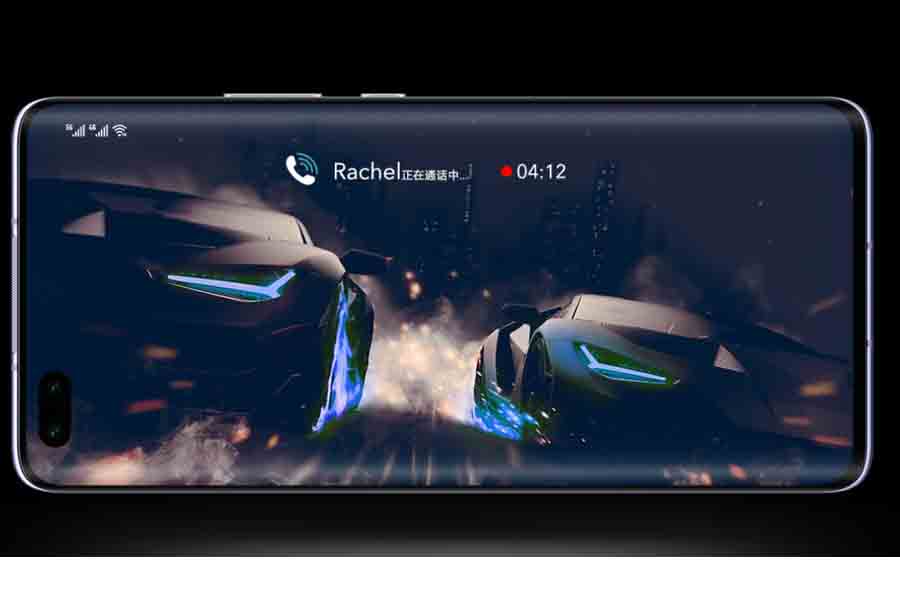 The device is powered by HiSilicon Kirin 990 which is a flagship chipset based on the 7nm+ EUV2 process. It is paired with Mali G76-MP16 GPU. It is a 5G ready SoC with support for both NSA and SA bands. For the Pro+ model, users can choose from 8GB and 12GB of RAM both of which will be paired with 256GB of internal storage. The Pro model is available with only 8GB of RAM which can be paired with either of 128GB or 256GB of internal storage. You can expand the storage using Huawei’s proprietary NM (Nano Memory) card technology.

Check out the specs of OnePlus 8

On the back, the devices flaunt a triple-camera setup. The primary lens in the Pro+ model is a 50MP sensor while it is a 40MP sensor in the Pro model. The RYYB filter promises better low-light photos on both devices. It is supported by an 8MP periscope lens that supports up to 5X optical zoom. There is also a 16MP ultra-wide-angle camera. The camera setup comes with support for OIS and can shoot RAW photographs. It can also record 4K videos at 60 fps. 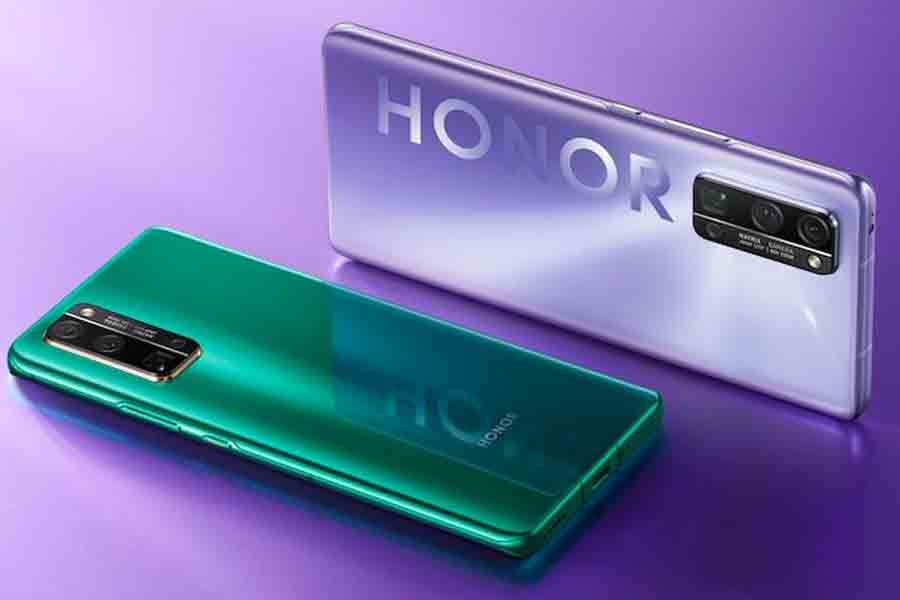 On the front, there is a 32MP primary selfie camera paired with an 8MP ultra-wide-angle lens.

The devices get their power from a 4000mAh battery which supports SuperCharge technology. Unlike the Pro model, the Pro+ comes with support for 27W wireless charging. Both the devices support WiFi 6, Bluetooth 5.1 LE and are rated IP54 against dust and splash damage.

Check out the specs of OnePlus 8 Pro

Honor 30 comes with a similar design. However, the screen here is a flat one which is also reduced to 6.53-inches. The OLED panel comes with a slightly bigger aspect ratio of 20:9. There is a single circular cut out on the top left corner of the screen and the fingerprint sensor is under the display.

The biggest change is in the chipset. Unlike the other two, Honor 30 is powered by the latest Kirin 985 chipset. It is a 5G chipset based on the 7nm process. This time, Huawei has opted for 1+3+4 core configuration which is quite popular with other manufacturers such as Qualcomm and Samsung. Initial benchmark results have shown that the chipset performs better than the Snapdragon 765G. It is available in three memory configurations – 6/128GB, 8/128GB and 8/256GB. 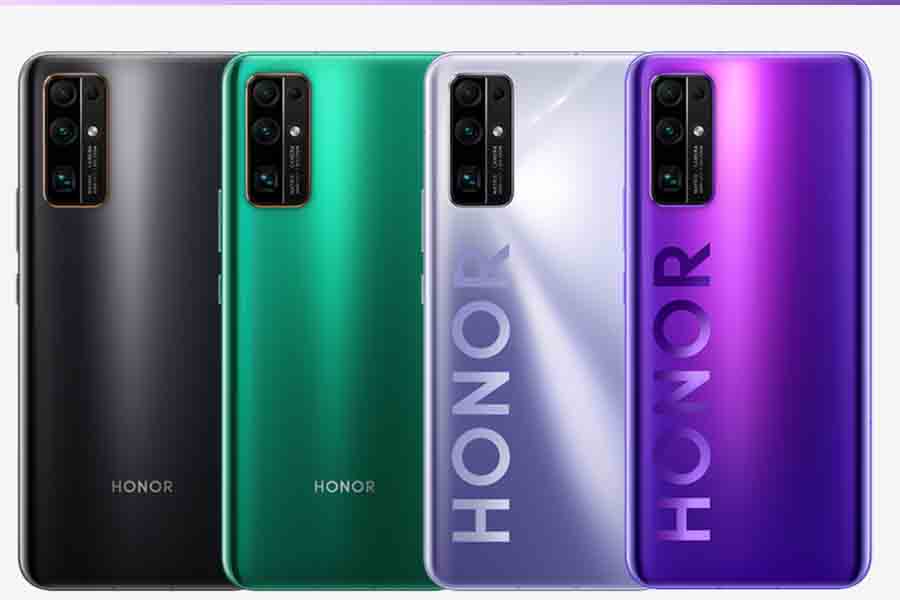 Honor 30 features a quad camera setup on the back. The primary camera here is a 40MP sensor. Other camera sensors are the same including an 8MP telephoto lens, an 8MP ultra-wide-angle camera. Additionally, it also has a dedicated 2MP macro camera.

It features the same 4000mAh battery with support for 40W SuperCharge. Connectivity-wise, it will support both WiFi 6 and Bluetooth 5.1 LE. It ships with Magic UI 3.1 based on Android 10.

Check out all the rumors surrounding Motorola Edge

All the devices under the Honor 30 series are promising, especially with their camera prowess. However, we still have to wait to see how it fares outside of China since it doesn’t come loaded with Google’s GMS services.

Check out Huawei’s journey without GMS

As of now, the Honor 30 series is only available for pre-order in China and will go on sale from April 21. The brand hasn’t committed to an international launch yet.

Check out our long-term review of the Samsung Galaxy A51!