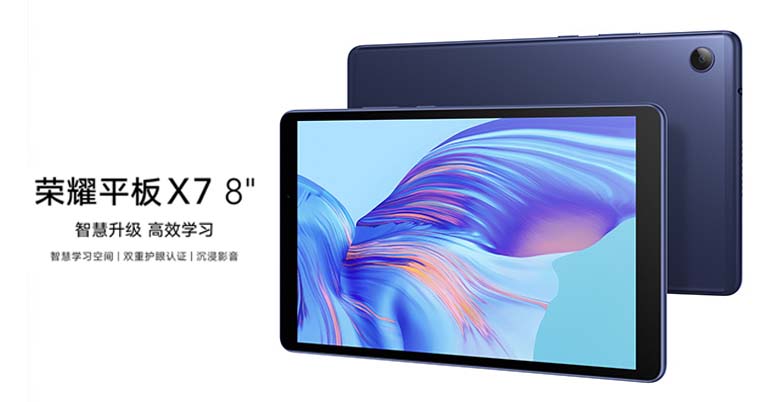 Honor has launched very few tablets since its separation from Huawei, the latest one being the Tablet 7. It was announced during the company’s latest product launch conference. Let’s take a look at the official specs and key features of the Honor Tablet X7 along with its expected price in Nepal.

Starting with the display, Honor Tablet X7 features an 8-inch IPS screen with a resolution of 1280 x 800 pixels. It yields a pixel density of just 189 PPI which is quite low. It covers 60% of the NTSC color gamut and is 10-point touch-enabled too.

The display is able to produce 16.7 million colors. Also, the bezels around the screen are quite noticeable. Additionally, it is also TÜV Rheinland certified against harmful blue light emissions. 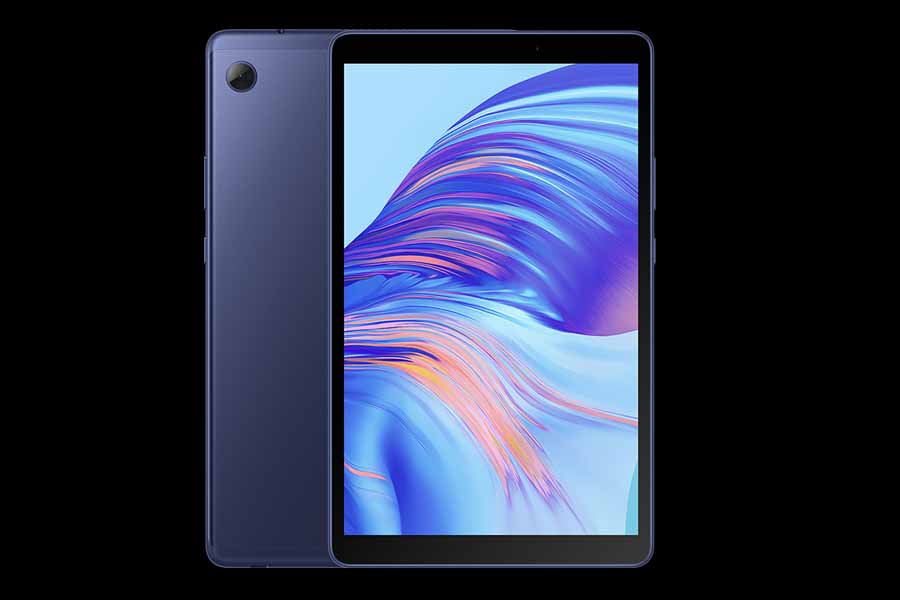 The tablet has a metal body with a micro-sand texture on top for a more comfortable finish. It is 8.5mm thick and weighs around 325 grams.

Honor has opted for MediaTek Helio P22T as the SoC here. It’s an octa-core processor with two clusters of Cortex-A53 cores (4+4) clocked at 2.3GHz and 1.8GHz, respectively. The Tablet X7 ships with Android 10 out-of-the-box with Honor’s Magic UI 4.0 on top. You get 3GB of RAM and 32GB of internal storage. The latter can be expanded up to 512GB using an external MicroSD card.

Honor Tablet X7 comes with a built-in Education Center. You can even share your screen during video calls for interactive learning. There are numerous other features designed to be used by children too. In terms of connectivity, it has dual-band Wi-Fi ac and Bluetooth 5.1. There is also an LTE variant if you are looking for cellular connectivity. Fueling the device is a 5,100mAh battery that supports 10W charging via the micro USB port. There is also a 3.5mm headphone jack to connect your wired headphones.

Honor Table X7 is now available in China where its price is 899 Yuan for Wi-Fi only model and 1,199 Yuan for the LTE variant. There is also a special children’s edition that costs 999 Yuan. If it were to launch in Nepal, we expect the price of Honor Tablet X7 to start at NPR 22,500.