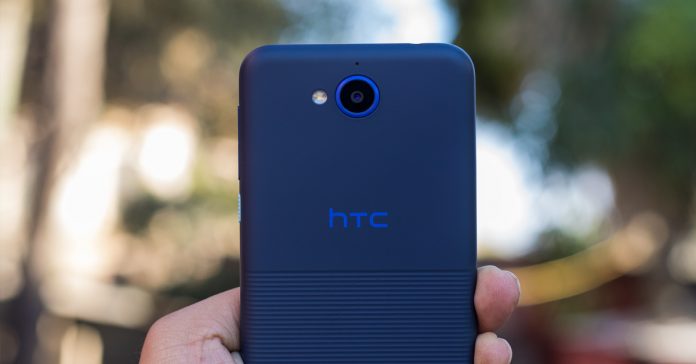 HTC phones have been on the market for quite some time but they don’t seem to be grabbing much attention. HTC phones, well, they look unique and have a different aura in them but they sure are nothing new from the already existing heap of phones in the market. We took a shot at the latest offering from HTC, the Desire 650, which is a budget phone priced at Rs.20,666.

Now, Rs.20,000 is a very sweet spot for buyers as this is the price segment where most of the people have their budget set. Not to mention this price range has full of amazing smartphones so how does it stack up against the others in this category? Let’s find out in this review.

The accessories offered by HTC Desire 650 Dual is nothing out of the ordinary. First off, you get the phone itself. Then inside it comes with an European Chargerwhich has output of 5V 1Amp. It is small in size and has an interesting oval shape. The charger is aided with a 1.5 meter charging cable. The box also consists of an earphone. It comes with tangle free flat cable. It comes with a single button to Play/Pause a song or Accept/End a call. Ear phones come with rubber buds and they are dust magnet and it is equally hard to remove those dusts. The HTC Desire 650 is one of the most refreshing looking phones seen after a while. The playful color accents with rubber back look exciting. The phone sport a two-tone design language, the upper back portion has a clean finish while the bottom portion holds horizontal lines which HTC likes to call “Grooves.” Also, the teal color splash with grooved lines on the power button and the purple accents on the camera bump is a unique touch adding a youthful vibe to the phone. The power and volume button on the right side are made out of plastic providing tactile feedback but they certainly feel cheap. The back is removable which is way convenient than carrying around a SIM ejector tool or pin whenever you want to swap SIM card or microSD card. So yeah, the removable back is a huge thumb up! But wait! The back after few cycles (maybe 15) of removing and putting back on didn’t fit well in its place. The left side of the phone stayed protruded creating squeaky sound whenever I held the phone and started using it.  I checked the locks and nothing was broken either. This led to my biggest concern, saving this device from water damages. The rubber back is also a dust magnet, especially in those fancy groove lines which take extra attentive wipes to clean the dirt stuck there. So you have to dust off once in awhile to keep it looking fresh. HTC Desire 650 Dual comes with a headphone jack on top which with the proprietary earphones that came in the box sounded good to my ears. And on the loudspeaker, the audio profile is flat. The sound is decently loud and there’s no distortion even at a higher volume. But it’s older model came with HTC BoomSound which this pone lacks. It’s hard to name any phone under Rs.20,000 that comes with a display bigger than 5-inches and has full HD resolution. The story is same with this phone as well. It sports a 5.0-inch 720p display with good colors and decent sharpness. It is bright and I had no problem using it under direct sunlight. Watching HD videos and playing games was a welcome experience with no color shifts while holding it at any angle I was comfortable with. The phone offers Miravision app to tweak the color temperature of the display. Unlike its predecessor, the HTC 650 Dual is powered by the mid-tier MediaTek MT6737T quad-core CPU clocked at 1.5GHz. Navigation around the UI and scrolling is flawless. The opening of apps is somewhat fast and juggling between open apps with 3GB of RAM is possible without breaking a sweat. So daily run of the mill is hassle-free with this phone. Now for those, who want extra out of their bucks, is it good for gaming?

Well, you can certainly play games like Asphalt 8 and Modern Combat 5 at low frame rate without much noticeable lags and mediocre games like NOVA Legacy, online Multiplayer Standoff 2 and Sky Force ran without any issues. Also, no significant heating could be felt while gaming.

Comparing the Antutu benchmarks with its rival Redmi 4X, the 4X scores just a tad higher while the Moto E4 Plus scored a bit low. So, when it comes to performance this device is like any other device at this price range. The Desire 650 Dual comes with HTC’s home-baked Sense UI. It is a very UI with bright color accents and playful themes and icons. It also offers HTC Blinkfeed on the left side which can be considered as a Google Now alternative but can be made much more personalized. I barely used this feature as I like to see my feed inside the native app itself, but for those who want a quick glance on news and what’s happening on their Social Media can get a quick insight from here.

The phone also comes with its own theme store which offers a  variety of themes, icon packs, wallpapers and even sounds for your ringtone or notification tone. The phone comes with Boost+ app which is like a System Manage found on most of the Chinese OEM’s. It offers options to Clear Cache & Temporary files, Uninstall apps in bulk, Optimize background apps, and Pin or Password Lock apps as well. The UI of widgets menu for home screen is also something I found really handy on this device. Now all the glitz and glamor is cool on the outside but on the inside, at its core, it’s running on outdated Android 6.0 Marshmallow. And the stock apps like File Manager and Camera are adopted straight from the Marshmallow era which looks pretty awful by today’s standard. This can be a major letdown as Xiaomi phones mentioned earlier get regular security updates and android updates down the years. The Sense UI feels almost as fast as the new MIUI 9 but it certainly lacks a lot of features that its competing devices have to offer. And among those features, the one that is most disappointing is the lack of fingerprint sensor. Phones like MI 4X, Moto E4 Plus, Gionee X1s and Nokia 5 all come with a fingerprint sensor at the same price range.

When it comes to phones under 20k the camera quality is something most of the manufacturers compromise on. The same thing prevails on the HTC Desire 650 Dual. Although the megapixel count at 13MP is as high as any midrange well above 20k out there, the image quality is just average at best. During daytime, it most often tries to overexpose the shots unless you set your focus point from the viewfinder. And even while setting the focus on the subject up front, it completely darkens the image sometimes. So the best option was to let the autofocus come to play. The colors are washed out and the details are fine at best.

If you want to crank up more details and colors in your image then turning on HDR mode will surely help. Unlike other phones, it doesn’t overdo the HDR so it preserves its natural tone. Also, the shutter is quite slow when the light is slightly low and a modest hand movement while taking a shot will most probably result in a blurred shot. Indoors with enough light, the images turn out good.

When it comes to low light, like all the mid-range phones, it has grains and dark patches all over. It is capable of shooting Full HD videos with a 3GP format and they are fine if shot during daytime. With no stabilization available, videos sure are shaky but it also has the tendency to shift exposure every once in a while. Now coming to the front, the 5MP camera with f/2.8 is decent at best. The colors are bit washed out and there aren’t much details. In low light, like in the back, you need to have a steady hand to take a decent image without blur and lens flare. Images at night time are basically full of grains with very soft details. Turning on HDR mode also brings somewhat details and natural skin tone. The phone is backed by a 3,000mAh battery which given the feeble specs of the phone lasts for the whole day. The screen on time is around 4 to 4 and a half hours depending on how you use this device. However, the phone takes complete 2 and a half hours to charge from 0 to 100% with the stock 5V 1Amp charger. If you happen to drain your battery in the middle of the day then you’ll be stuck near the wall charger or you might need to carry a power bank with you. As the name of the phone clearly clarifies it’s a ‘Dual’ SIM phone. It offers a single Micro SIM slot and another nano-SIM slot. It is 4G enabled phone so you can surf at the fastest speed available. Calling and using mobile data was hassle free on both NTC and Ncell networks. Cell reception was good and the audio clarity, as well as the audio loudness, was well above. The phone also has dedicated microSD card slot which can be expanded up to 128GB. It’s a very handy addition as the 32GB storage onboard will run out anytime soon. Pop opening the back will give you access to these slots. The phone has a micro USB port on the bottom for charging and data syncing. Coming down to sensors, the phone has Accelerometer, Proximity, Light, Magnetic and GPS. It lacks the gyro sensor which would have made watching VR contents and taking 360-degree photos possible on the device.

So in general, HTC Desire 650 is a handy device which looks and feels good. If you are someone who goes for the aesthetics and digs the composure of the phone’s color then this device would be a good choice. Apart from that, this phone has very less to offer than what its counterparts are offering in the market. The performance is on par with any other phones at this price range, so if you’re looking for performance then opting for this device won’t be a problem. Where this device lags behind is with its outdated version of Android, cheap build quality, and not so feature rich custom UI.

A better alternative to the HTC Desire 650 Dual would be the Redmi 4X, Nokia 5, Gionee X1s and the Moto E4 Plus providing better build quality, the latest version of Android (for now) and feature-rich custom UI which makes using the device much more intuitive.