With the trend of the bezel-less and near bezel-less displays, the concept of the phablet seemed slowly fading away. The shrunk bezels provided space for the extension in the display without a nasty increase in size. So we could barely see phablets making up to the market these days. However, Huawei seems to be unruffled with the trend. So it decided to rejuvenate its popular phablet series namely known as the Huawei Honor Note series. And after two years of pause, Huawei added a new member in its Honor Note series lineup. The newbie, also known as the Huawei Honor Note 10 comes with a giant display, big battery, powerful processor, a wonderful set of cameras, and many other exciting features.

On the display side, the phablet comes with a giant 7-inch display, 6.95-inch to be precise. And with the Full HD+ resolution, the content on the screen will fare out really well. But it definitely is sad to see Huawei’s decision to downgrade from Quad HD resolution on the Honor Note 8 to Full HD+ in the Honor Note 10. Nonetheless, the newbie boasts an AMOLED display, which will produce deeper blacks and brighter whites so color will pop out pretty well. On the top, the display also supports HDR 10 and 115% of NTSC color gamut. So despite the higher resolution, we might not even miss the display on Note 8 at all. 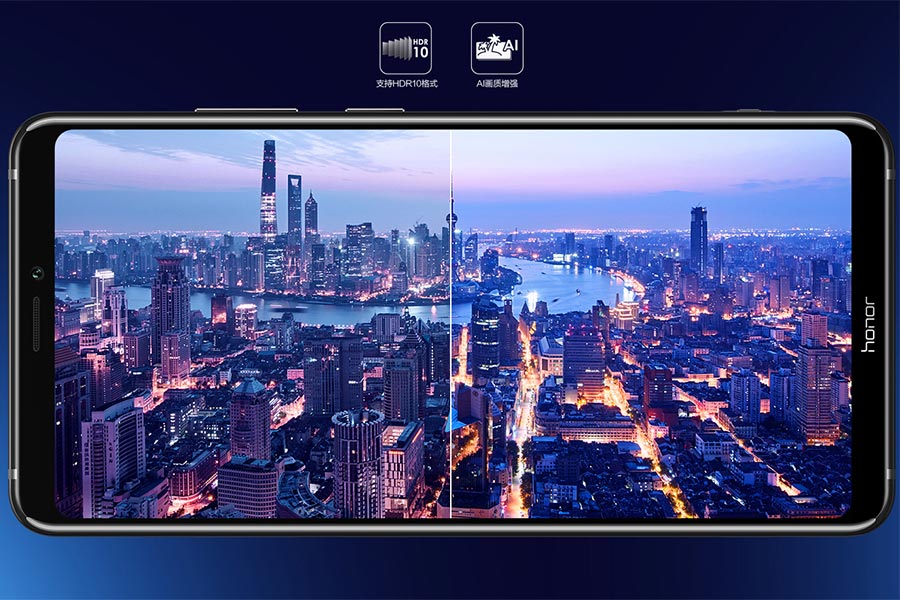 The phablet does not just look appealing because of its all glass on the front and on the back and because of its narrow bezels, the more is due to the absence of the infamous notch. The contagious concept of the notch started by the Essential PH-1 phone and iPhone X spread like the wildfire in the smartphone world. But Huawei discarded the concept of the notch on the Honor Note 10. And this attribute on the handset has garnered tremendous attention in the fan base.

On the software side, the Note 10 comes with Android Oreo out of the box with EMUI 8.2 on the top. And on the performance front, the handset is furnished with the Huawei’s Hisilicon Kirin 970 chipset with either 6GB or 8GB of RAM alongside. Even on the storage side, there are two options you can choose from, one with 64GB of internal memory and another with 128GB of onboard storage. There is also a slot for the memory expansion. However, the users will be obliged to sacrifice the dual SIM functionality due to the hybrid nature of the slot.

The most interesting feature on the Huawei Honor Note 10 is the liquid cooling solution, which will be used by the chipset to cool down the temperature. The maker calls the technology as “the nine” as it consists of 8 layers of dissipation and a ninth one which is basically a PC-grade liquid-cooled pipe. This technique promises a 41% better heat management, which implies 10 °C lower temperatures under load. If the information is true, the handset will surely remain calm and cool even after prolonged high-end gaming sessions. 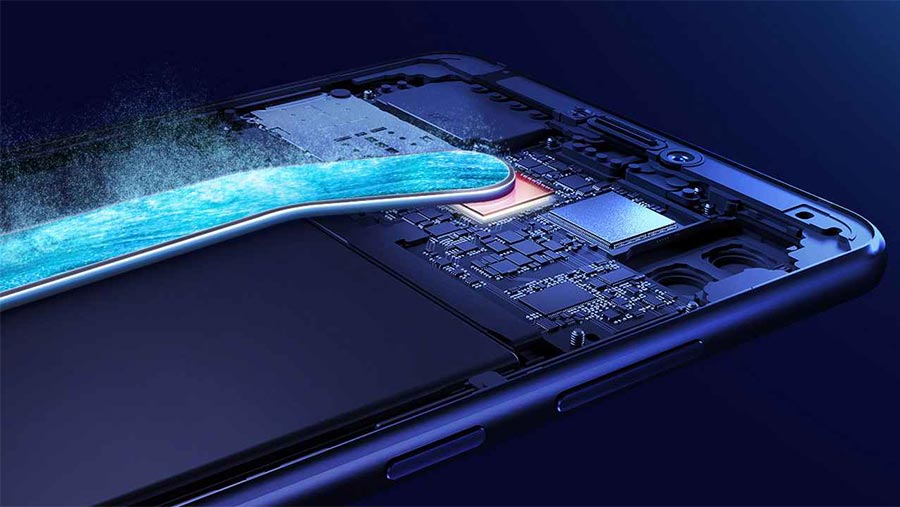 And needless to mention that the Huawei Honor Note 10 supports the GPU Turbo tech, which Huawei claims to provide a boost in performance mostly in the gaming scenario. Not just the GPU Turbo tech, the handset also welcomes the new CPU Turbo technology. So with the software monitoring and control, the performance will be enhanced in the Dual Turbo Mode. And the good thing is that the feature can be accessed with a press of the dedicated hardware button on the bottom.

Even in the camera department, the Huawei Honor Note 10 is well suited up to compete against the popular handset available. The phablet comes with 16MP, f/1.8 camera backed by another 24MP B/W, f/1.8 camera at the back. Up front, there is a 13MP shooter to help the users in taking selfies and for video calling. All the processes inside the device are fueled up with a whopping 5000mAh battery. And to cut down the charging time, the handset also comes with Super Charge technology to juice up the battery faster. 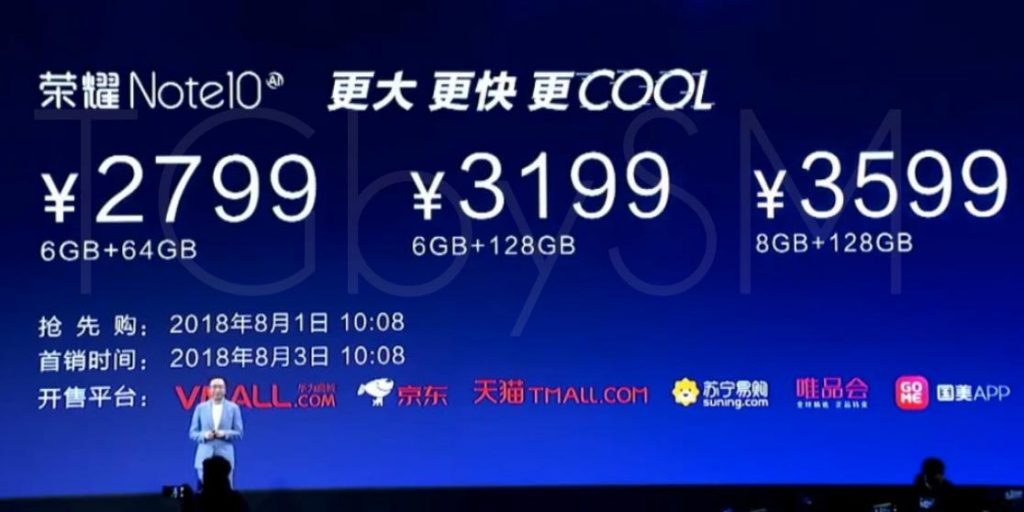 The phablet is available in two color variants: Midnight Black and Phantom Blue and it is already on for pre-order in China. However, the actual shipments will get started from August 1.