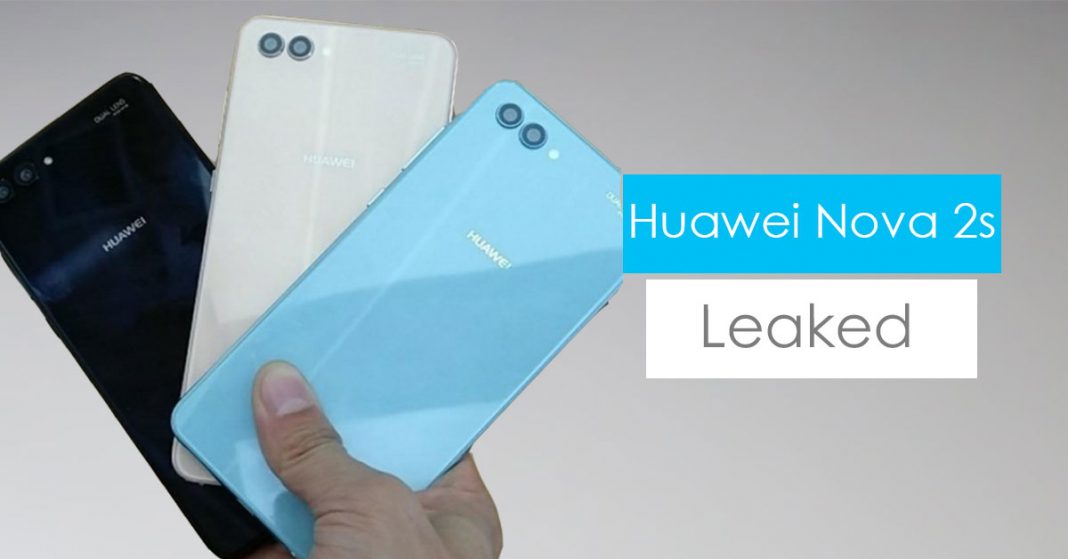 Huawei has been crushing the mid-range segment. The newly launched Huawei Nova 2i and the Nova 2 Plus has been well received in the market all over. A new phone is set to leverage the Huawei mid-range bunch even further. The Huawei Nova 2s which was set to launch on December 7 has leaked online and it is going to be the most powerful device in the Nova lineup.

The Huawei Nova 2s comes with a 6-inch HD display with the standard 18:9 aspect ratio. If you have used the Nova 2i, Canvas Infinity or the S8 lineup then you already know the immersiveness of this display. Speculating the leaked images, the bezels all around is pretty minimal. It was quite surprising to see Huawei squeeze in a fingerprint sensor on the bottom chin of the phone. It is good to have it up front but it only makes the tall phone even taller. The aesthetics resemble the Huawei Honor V9 with a polished metallic back which is sleek and minimal.

Like the Nova 2i, the trend of four cameras still prevails with this one. The phone incorporates dual 16+20MP Camera on the back and dual 20+20MP Camera on the front. The dual setup is likely to assist in capturing the depth of field or bokeh images. Despite high megapixel count up front, the phone seems to be missing the LED flash which was the same with Nova 2i. The biggest difference in the Nova 2s compared to its sibling is the processor. It houses the higher end Kirin 960 chipset used in Huawei Mate 9 and P10 Plus. The phone will come in two variants, a base model with 4GB of RAM and 64GB of storage and the higher-end model with 6GB of RAM and 128 of storage. Huawei Nova 2s will be backed by a 3340mAh battery.

Huawei Nova 2s will likely launch on December 7 with the price of $391 for the base model and $450 for higher end model.