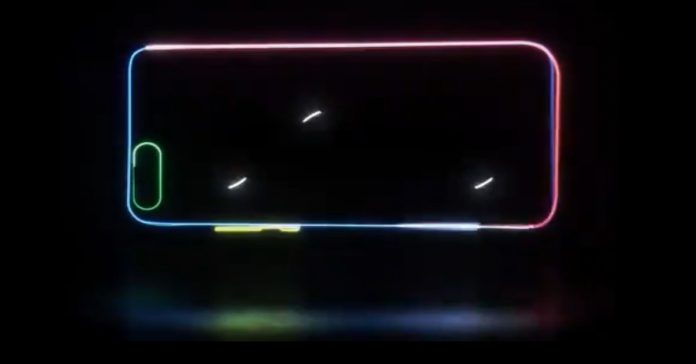 Smartphone manufacturers have been taking the camera aspects seriously in their flagship handsets these days. Every new smartphone comes with the better and much-polished capabilities to dethrone the best camera smartphone existing prior to it. Samsung Galaxy S9 Plus surpassing the DxOmark benchmark set by the Google Pixel 2 is just an example. And Huawei P20 is one of the upcoming smartphones expected to topple those records. The smartphone had been heavily rumored to possess triple cameras at the back. And remarking the rumors as true, Huawei dropped a teaser on its Twitter handle hinting a horizontal configuration of the triple cameras at the back. This step has definitely fueled the excitation but has also astonished the fan base, who were tuning to the rumors and expecting a vertical setup of the cameras.

The thirteen-second video teaser starts with the outline of the DSLR and that converts to a thin and sleek smartphone with three cameras embedded at its back. From the clip, we can guess that smartphone is coming with something remarkably big on the optics side of the smartphone. The smartphone giant has also hinted at the inclusion of Artificial Inclusion (AI) in its camera, which has been a buzzword lately. The teaser is hinting that with the camera setup and the technology use, the Huawei P20 is replacing the DSLR, the mainstream device for the professional and superior photography. But how? It is also a mystery to the many.

We’ve gone the extra distance so you can take the shortcut. All the lenses you need, in one. #SeeMooore #HuaweiP20 pic.twitter.com/GAzEeBN8Sp

The thirteen-second teaser fails to give a clear idea about the camera. However, after watching the short clip, one can confidently acknowledge its horizontal placement. Despite the veiled details, we can guess that the smartphone will make use of the Leica optics. Since the beginning of dual camera smartphones bandwagon, Huawei has been adopting the Leica Optics in its flagship handsets. Previously, Huawei was quite obsessed with the setup including Monochrome and RGB sensors. But with the inclusion of triple cameras at the back, even the tech community is finding it hard to crack the riddle of the types of lenses and sensors used in this smartphone.

Official Launch of the Huawei P20

Huawei has scheduled to unveil the device officially, disclosing all of its features on March 27, 2018. Till then just obliged to wait. Hope the anticipation pays off with a number of innovative and praiseworthy features in the handset.