Huawei Y5p has been launched in the Nepali market. It is a budget device from Huawei that was initially launched in Romania back in March. Let’s check out the specs, features, official price, and availability of Huawei Y5p in Nepal.

From the front, Huawei Y5p looks like a smartphone from the distant past. The bezels around the screen make it look outdated in a time where there are budget smartphones with punch-hole, teardrop displays. It has a 5.45-inch TFT LCD panel. The screen packs a resolution of 1440 x 720 pixels and an aspect ratio of 18:9. At the back, the device has a square bump that houses the camera setup. As always, the design on the back panel is plastic. It looks to have been inspired by Oppo’s Polar Sky design that we have seen is some of its latest releases.

Under its hood, Huawei Y5p packs in Mediatek Helio P22. It is an octa-core processor based on the 12nm FinFET process that was announced back in 2018. In real life usage, the P22’s performance is comparable to that of Snapdragon 450. Huawei has included 2GB of RAM and 32GB of storage onboard. You can expand the storage via a microSD card.

Huawei Y5p comes with a single-camera setup. The 8MP camera is inside a squarish camera module along with an LED flash. From a distance, the module can trick you into believing that the device has multiple cameras. It has a 5MP selfie camera placed on the top bezel. 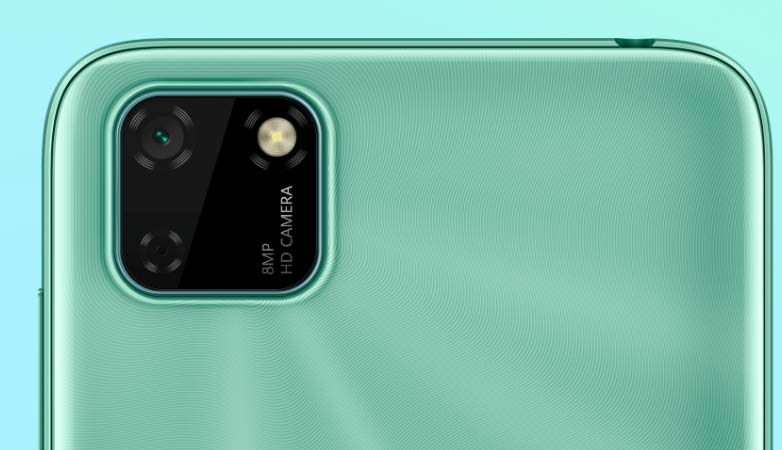 The device has a Li-Polymer battery with a capacity of 3020mAh. The phone uses a micro-USB port, and there is no sign of fast-charging. It ships with Android 10 with Huawei’s EMUI 10.1 on top. As you would expect, the device replaces Google Mobile Services with Huawei Mobile Services.

The official price of Huawei Y5p (2/32GB) in Nepal is Rs. 10,990. With the pricing, Huawei Y5p goes head to head with devices like Redmi Go and Galaxy A2 Core for the sub 10K price range.