Intel has released quite a few things in the past couple of weeks. The new models from the 10th Gen Core CPU lineup come first in that context. And now, it has announced chips in the new Comet lake family. Though it is based on a different architecture, the targeted segment is the same. The previously announced chips based on Intel’s Ice lake architecture will be the first 10nm process chips to be mass-marketed from the company.

However, these newly announced Comet Lake chips will use quite antiquated 14nm process. Both the CPU’s will be sold as the 10th Gen Intel Core U-series and Y-series models. Furthermore, the chips are aimed at the thin and light notebook segment. 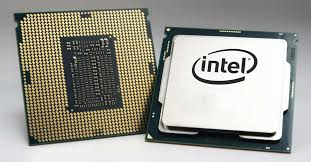 A detailed comparison between the Ice Lake and the Comet Lake processor is given below.

Laptops based on this newly announced series should arrive sometime around the late Q3 or early Q4. It is being speculated that those devices could probably launch during the IFA 2019 trade show. These models should reap the benefit of Intel’s Project Athena. This initiative promises better battery life, improved responsiveness, and connectivity. Hopefully, the devices will live up to their billing.