Intel launched its latest 11th gen desktop processor lineup back in March 2021. Codenamed Rocket Lake-S, these CPUs are based on Intel’s refined 14nm process node. And now, a few of them have made their way to Nepal. Let’s learn more about the 11th gen Intel Rocket Lake desktop CPU including their price in Nepal.

Here, the Intel Rocket Lake family consists of Core i5, Core i7, and Core i9 processors. There is no 11th gen Core i3 and lower-tier processors here. Instead, the company is refreshing last-generation processors with slight changes in their clock speed, while also introducing features like Resizable BAR. 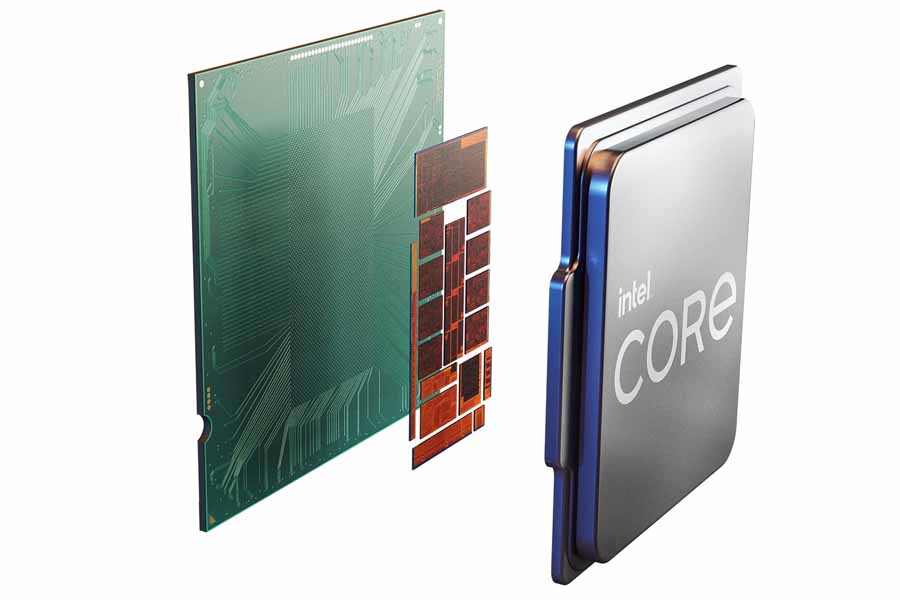 Cypress Cove and the Backport

For Cypress Cove microarchitecture, Intel has taken its Sunny Cove design based on the 10nm node and backported it to its 14nm node. The graphics unit, too, is not completely new. The Xe-LP graphics on the 11th gen Intel desktop processors are basically the Xe graphics on the 10nm Tiger Lake mobile processors, re-engineered for the 14nm desktop platform. Still, the new Rocket Lake S processors feature up to 32 execution units compared to Tiger Lake’s 96. 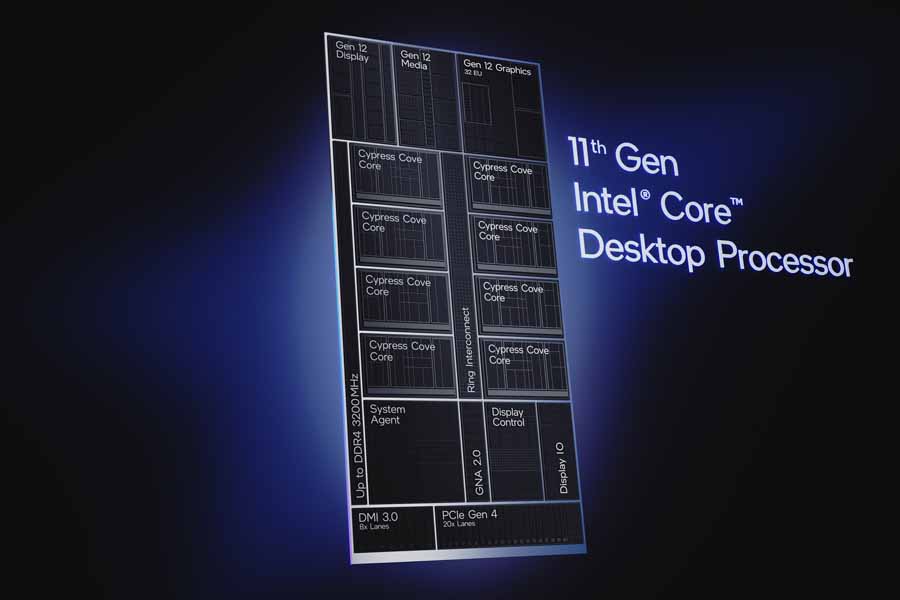 With the new architecture, Intel is claiming up to 19% improvement in IPC (Instruction per Clock) compared to its predecessor. Similarly, the Xe graphics brings up to a 50% improvement in the integrated graphics performance. The company has finally made the switch to PCIe 4.0 express lane on its desktop processors. The new Rocket Lake family features up to 20 PCIe 4.0 lanes. To recall, the 10th gen processors only had up to 16 PCIe 3.0 lanes. Similarly, the inclusion of the new memory controller brings support for DDR4-3200.

Here, the 11th gen Intel Rocket Lake desktop processors come with real-time memory overclocking. Similarly, the overclocking support has now been extended to H570 and B560 chipsets. Other performances tuning features include, AVX2 and AVX-512 voltage guard band override and support for Gear 1 and Gear 2.

This year’s Core i9 processors max out at eight cores. As a result, the only difference between the Core i7 and Core i9 in the Rocket Lake family will be the core frequency and the availability of Thermal Velocity Boost (TVB).

Core i9-11900K sits at the top of the lineup. It is listed with a base and peak frequency of 3.5GHz and 5.3GHz (TVB), respectively. Intel claims that it can beat both last year’s i9-10900K and AMD’s latest Ryzen 9 5900X processors in certain 1080p games. Also, the processor is claimed to outperform 5900X in video creation workflow.

Intel has even admitted that the lower core count may affect the performance in certain multi-threaded applications. However, not everyone needs 10 cores and higher, and applications like games will make better use of the improved graphics instead.

All the new Core i9 processors come with 8 core and 16 threads. The i9-11900T is the only one on the list that doesn’t support TVB.

There are a lot more SKUs for the 11th gen Core i5 lineup. All these come with six cores and 12 threads. The top-of-the-line i5-11600K features up to 4.9GHz of max turbo frequency, Intel UHD Graphics 750, and more.

Also, Intel has refreshed the 10th gen Core i3 processors and lower-tier CPUs.

Meanwhile, check out our review of the MSI Prestige 14 Evo (A11M).[/su_table]