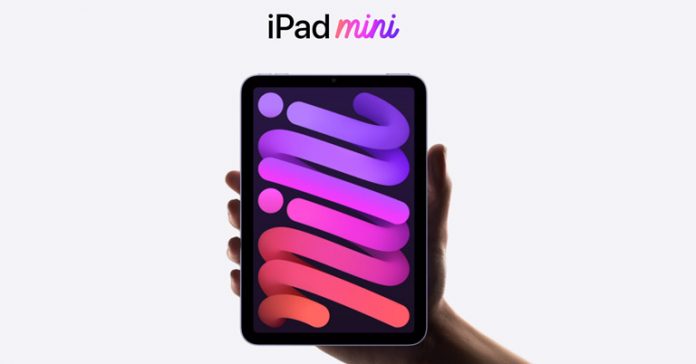 Apple took the curtains off of the new iPad mini 6 (2021) about a month ago—and it’s now officially available in Nepal. It boasts significant improvements over its predecessor, be it in terms of the display, or connectivity choices. So, let’s get into the specs, features, availability, and official price of the Apple iPad mini 6 (2021) in Nepal.

Compared to 2019’s iPad mini, this one has a larger screen. It now brings an 8.3-inch Liquid Retina display with 500 nits of brightness. The panel has a 2266 x 1488 resolution and boasts a 326 PPI pixel density. Like the iPad Pro, it supports True Tone technology and the P3 color gamut. Furthermore, there’s a Touch ID fingerprint sensor on the top which replaces the home button on previous editions. The iPad mini 6 is available in four color options: Purple, Pink, Space Gray, and Starlight.

Now, on the performance aspect, the biggest upgrade is the A15 Bionic chip inside. To note, it’s the same silicon that’s used in the new iPhone 13 lineup. As per Apple, this chip is 40% faster than its predecessor in the CPU department while delivering an 80% leap in graphics performance—compared to A12 Bionic on the last iPad mini. Furthermore, A15 Bionic is 5G-ready as well. So, you can choose between a Wi-Fi only or a Wi-Fi + Cellular configuration with 5G connectivity. On the software side of things, it boots on the new iPadOS 15. 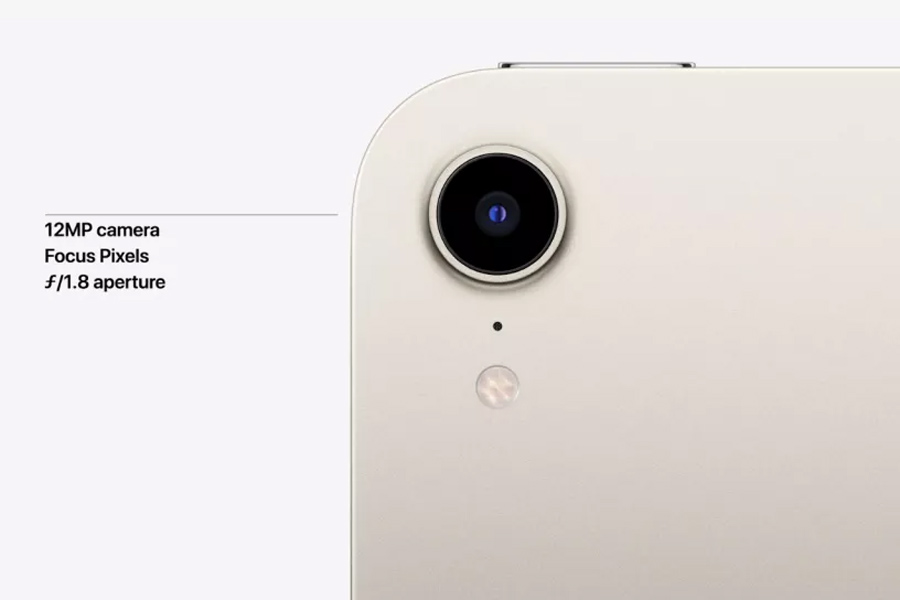 As for the cameras, the iPad mini 6 comes with a 12MP rear camera with an f/1.9 aperture. You can shoot up to 4K/60fps videos here. This camera also supports Smart HDR 3 and is aided by a quad-LED True Tone flash.

Likewise, there’s a 12MP camera up front with a 122º field of view. iPad mini 6 even inherits the Center Stage feature of iPad Pro 2021. With this, it can track the subject and shift the frame accordingly when attending a video call.

Furthermore, the iPad mini 6 is powered by a 19.3Wh battery that charges via a USB-C port. For wireless connectivity, it utilizes dual-band Wi‑Fi 6 (802.11ax), and Bluetooth 5.0.

In addition, it supports Apple Pencil (2nd gen) which clips to the side of the tablet for wireless charging. Over on the audio, it has a stereo speaker setup.