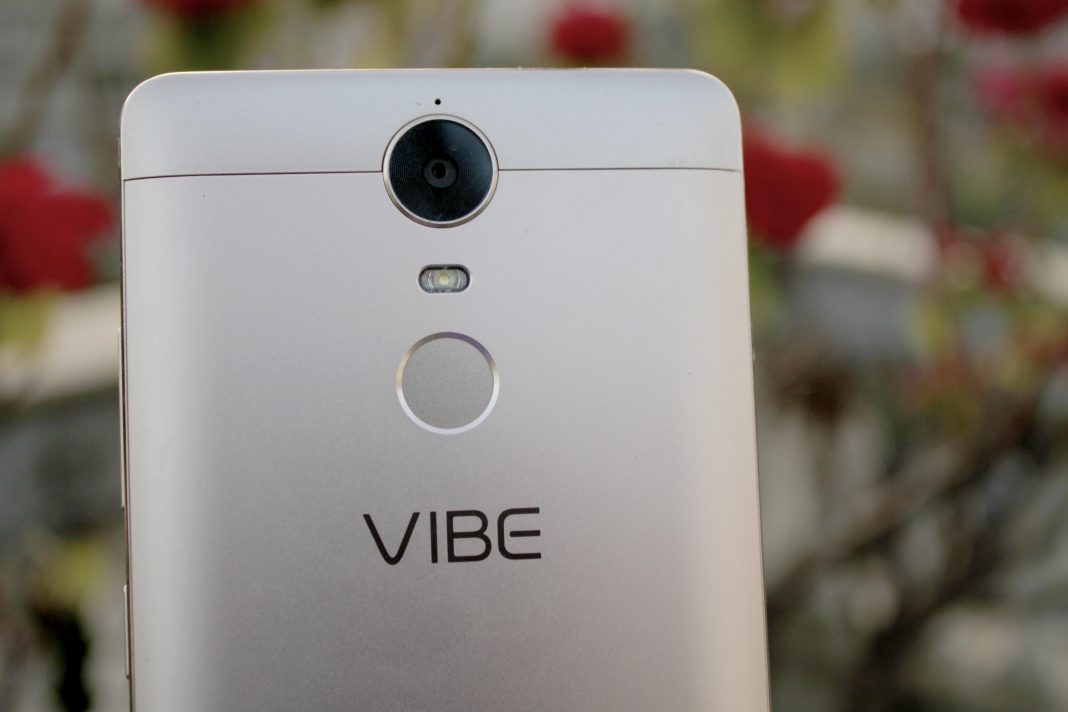 Lenovo is slowly trying to crawl its way into the Nepali smartphone market after its success as one of the best selling laptop manufacturers here. In that process, it launched the much-hyped Lenovo K5 Note a while back. Priced competitively at Rs. 27,500, with an ANTVR headset bundled in with the deal, the device features some top of the line specs.

If the price range is considered, it will go against some of the premium devices like the Samsung Galaxy J7 Prime, Gionee S6s, Meizu M3 Note, ZTE Axon mini, and OnePlus X among others. The K5 Note does feature some high-end specifications, but does it perform well in real life? Is it pricing justified? Is this a device you won’t regret spending on? Let’s find out in this review.

The Lenovo K5 Note features a metal backing with plastic bands on the top and bottom for antennae signals. A camera sits between the top plastic band and the metal back. I was let down by the device’s design at first glance. The design is dull and didn’t appeal me.

There is a LED flash right below the camera and a fingerprint sensor right below the LED flash. The second plastic band gives space for a speaker grill. The K5 Note also has a secondary mic for background noise cancellation.

Moving on, the metal-cum-plastic backing is separated from the display by a plastic rim. Yes, this device features a metal backing but everything else is plastic. This rim feels cheap along the power button and the volume rocker. I don’t know why the manufacturer didn’t go for a full metal body instead. Yes, the plastic antennae bands are acceptable but the rims and the buttons too? And I should mention the ‘Kriiiikkk’ sound the plastic makes which added more to my disappointment.

At the front, there is a 5.5-inch that is accompanied by an ear piece, a front facing camera, accelerometer, gyro, and proximity sensors. There are off-screen navigation buttons below the display. The bottom of the display is engraved with a primary mic and a microUSB charging port.

The Lenovo K5 Note features a 5.5-inch IPS LCD 1080 x 1920 pixels display with 401 for the pixel per inch. The display is bright and vivid. On default, the screen was a tad bit warm to my liking. But I could easily change that since there is an option that lets you toggle the color temperature, tone, and saturation of the display. The display isn’t that super bright. But under ample lighting, you’ll only have difficulty while viewing objects with dark backgrounds. The ambient sensor helps in the outdoor visibility when the brightness is set to auto. 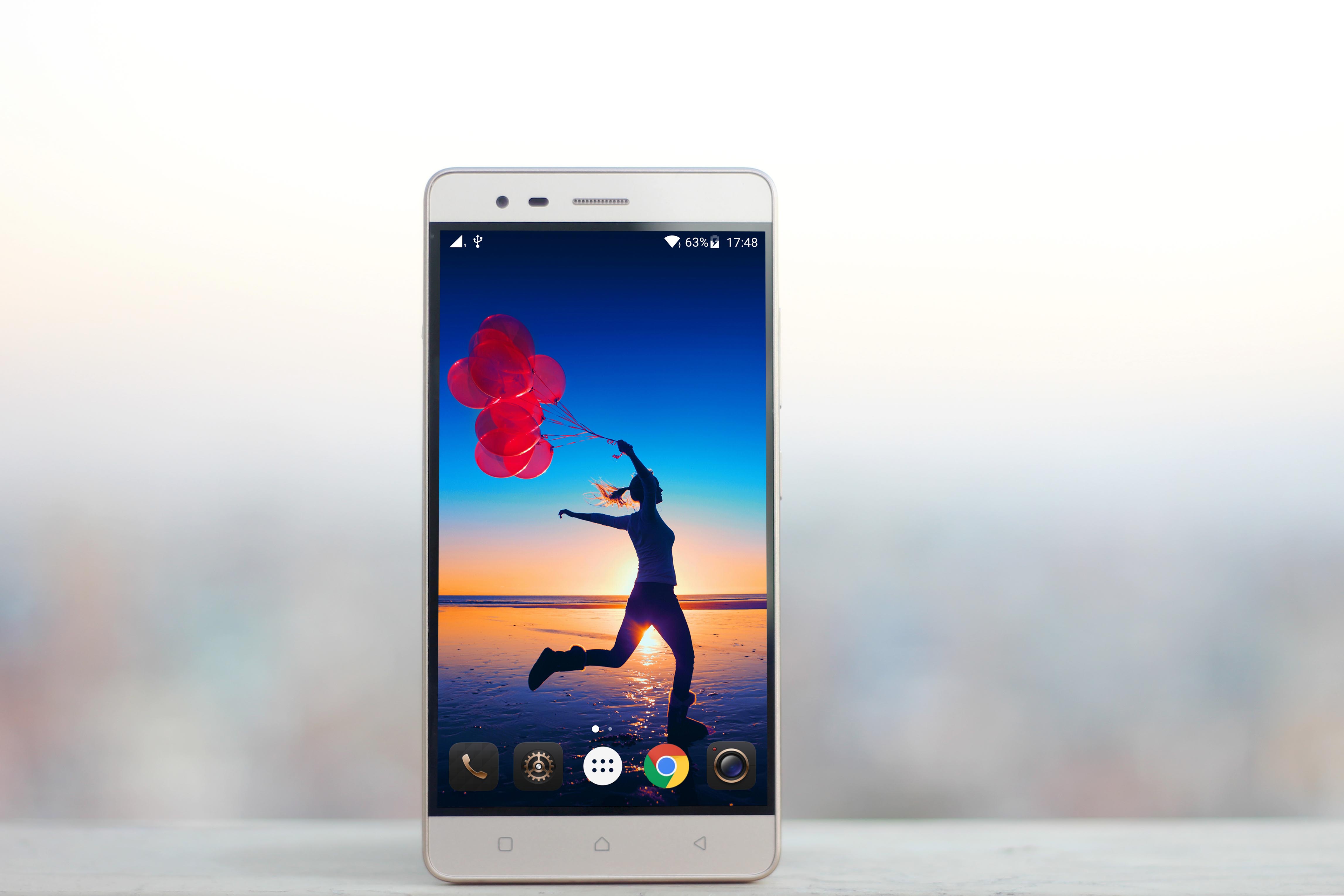 The thick black band around the display is something I didn’t like at all, and the lack of 2.5D glass makes the device look dreary. [Note: Dear smartphone manufacturers, please don’t include the black band here onwards. It is annoying and makes the device less appealing.]

Lenovo hasn’t mentioned the nature of the protective glass of the display, and it certainly isn’t Corning Gorilla Glass like its predecessor – the Lenovo K4 Note. So, I suggest you get a screen protector for the device right away!

Under the hood, the Lenovo K5 Note features an Octa-core MediaTek MT6755 Helio P10 processor with a clock speed of 4 x 1.8 GHz and 4 x 1.0 Ghz. You might have heard gadget freaks talk about how cores and RAM can’t determine a smartphone’s performance quality. The Lenovo K5 Note is the perfect example of that statement. A beast of a device on paper with a whopping 4GB RAM (we got the 4GB variant for our review; 3GB variant is only available in Nepal), the device lags, that you might get annoyed. One of the main reasons for this (or the only reason) is probably its SoC, the MediaTek Helio P10.

Under heavy usage, the device lags, and stutters, and sometimes apps don’t respond and you get that annoying little ‘App not responding’ popup. On top of that, it sometimes lags even when using the device normally. Even with its good RAM management, it slowed down here and there. Well, forgetting about the camera specs, and focusing on its use in real life, the camera is average. It takes good pictures under bright light. They come out colorful and bright. However, under low-lit setting, the K5 Note is no different than the smartphones of its price range. The pictures come out noisy and way too grainy. I should also mention that I couldn’t differentiate the pictures taken normally and the ones taken with HDR.

The camera app is easy to use. It lets you toggle features such as white balance and ISO. It also comes with some basic effects like Mono, Sepia, Negative, Memory, Gorgeous, Elegant and Cool. The camera focuses on objects quickly. 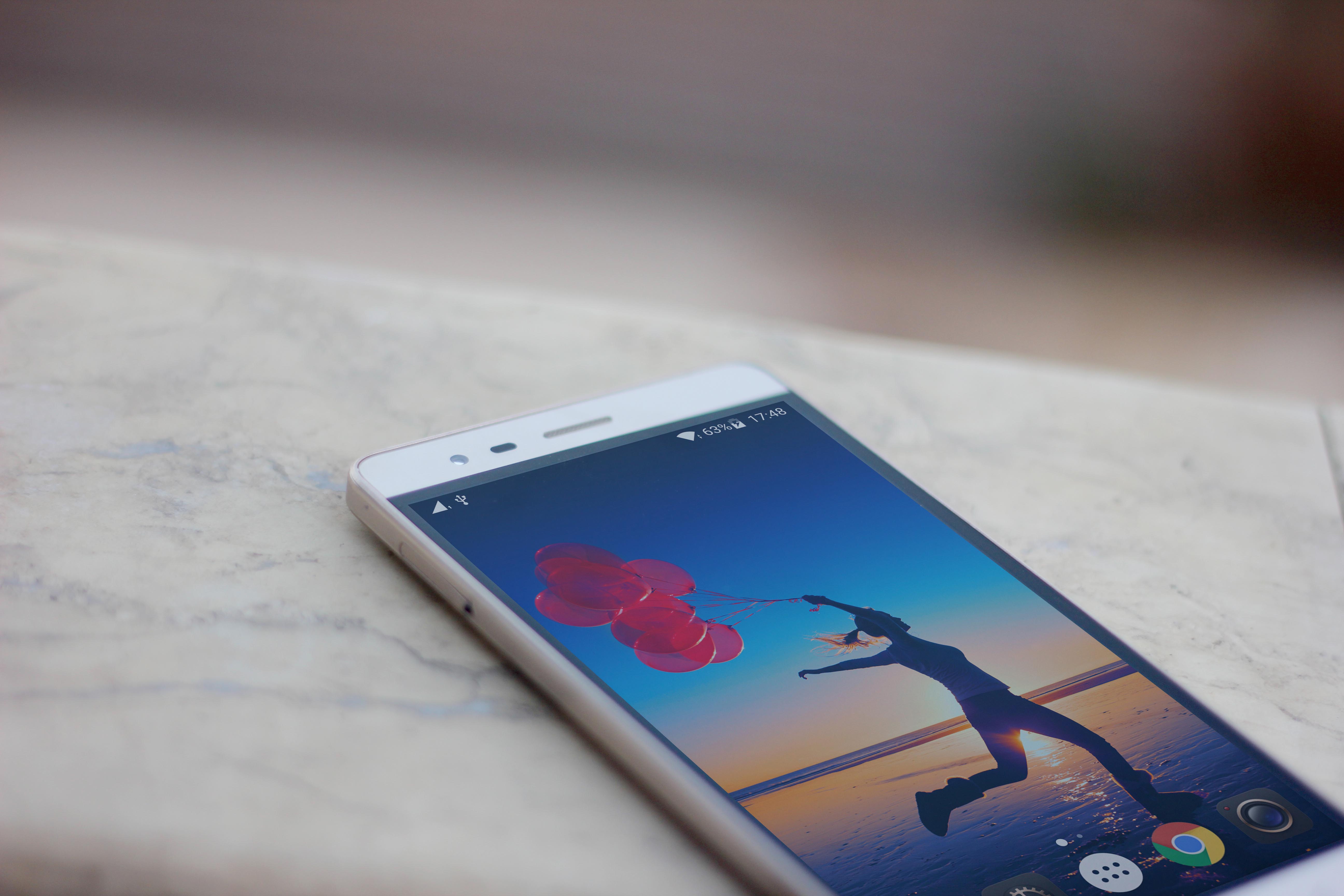 The front facing camera is of 8-megapixel. It takes some really good social media ready pictures. If selfie is your thing, you’ll like this front camera.

The Lenovo K5 Note used to run on Android 5.1 Lollipop when it was released in January. But the company has upgraded its Android system which means that it now runs on Android 6.0 Marshmallow. There have been no talks of Nougat, however.

The device has Lenovo’s Vibe UI running on top of Android Marshmallow. There was a few bloatware, but hey, there is at least an option to uninstall those apps! I had no problem navigating through the UI. The software department looks quite stock-esque. There is also a theme manager that lets you change the theme (useful for changing some of the icons).

There are other features like ‘double tap to wake’, quick snap (takes pictures when you press the volume button twice when the screen is off) and some cool fingerprint gestures. It also comes with Secure Zone, Superpower, and Cast screen.

Probably the best feature of the Lenovo K5 Note is the option to use a split-screen mode for VR mode. While in other smartphones you have to install different apps for this feature, this device comes with Theater Max Technology making gaming and multimedia a worthwhile experience.

On the hardware side, the Lenovo K5 Note is quite good actually. The device is equipped a Dolby Atmos speaker that produces some great quality sound. Even though the speaker can be blocked when using the device, the loud and clear sound covers up this problem. So, if you’re into watching videos or listening to audios, you might like this device. It also features Wolfson DAC. While using headphones, the sound did get loud, but I couldn’t sense any other changes. 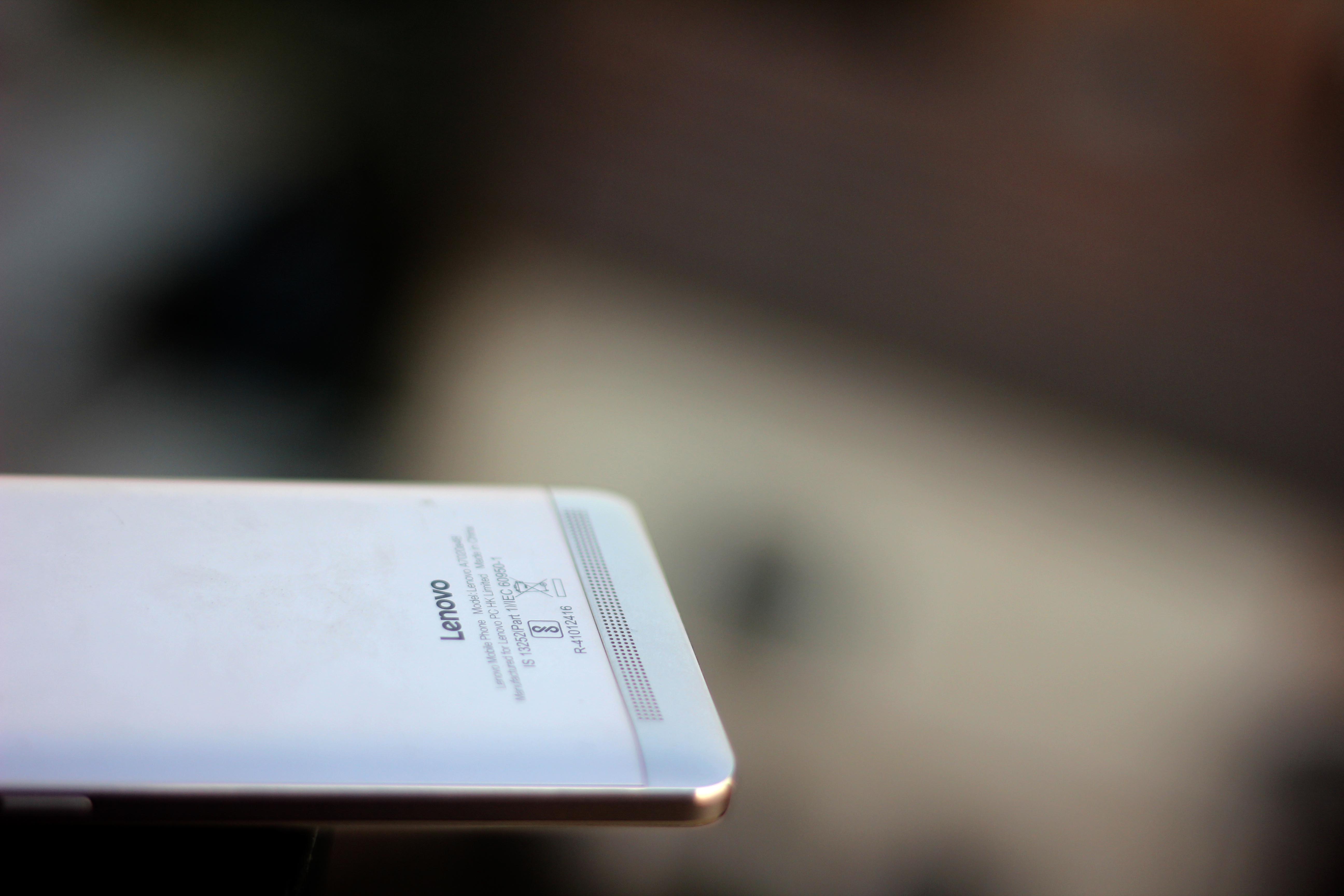 Talking about the storage, the K5 Note features a 32GB option for both the 3GB and 4GB variant. There is an external storage option which lets you expand the storage up to 128GB. So, if you’re heavy into saving tons of files on your phone, you won’t be disappointed with this device. The only downside is that the device has a dual hybrid sim slot so you have to choose between expandable storage option and a second SIM.

The off screen navigation buttons are backlit making your usage in a dark environment easier.

The fingerprint sensor of the Lenovo K5 Note detects fingerprint and unlocks the device in an instant. There were rare hiccups, though, meaning the sensor worked 95% of the times. The fingerprint can be used for other functions too. Different gestures let you take pictures, and go back or to directly to your home screen. 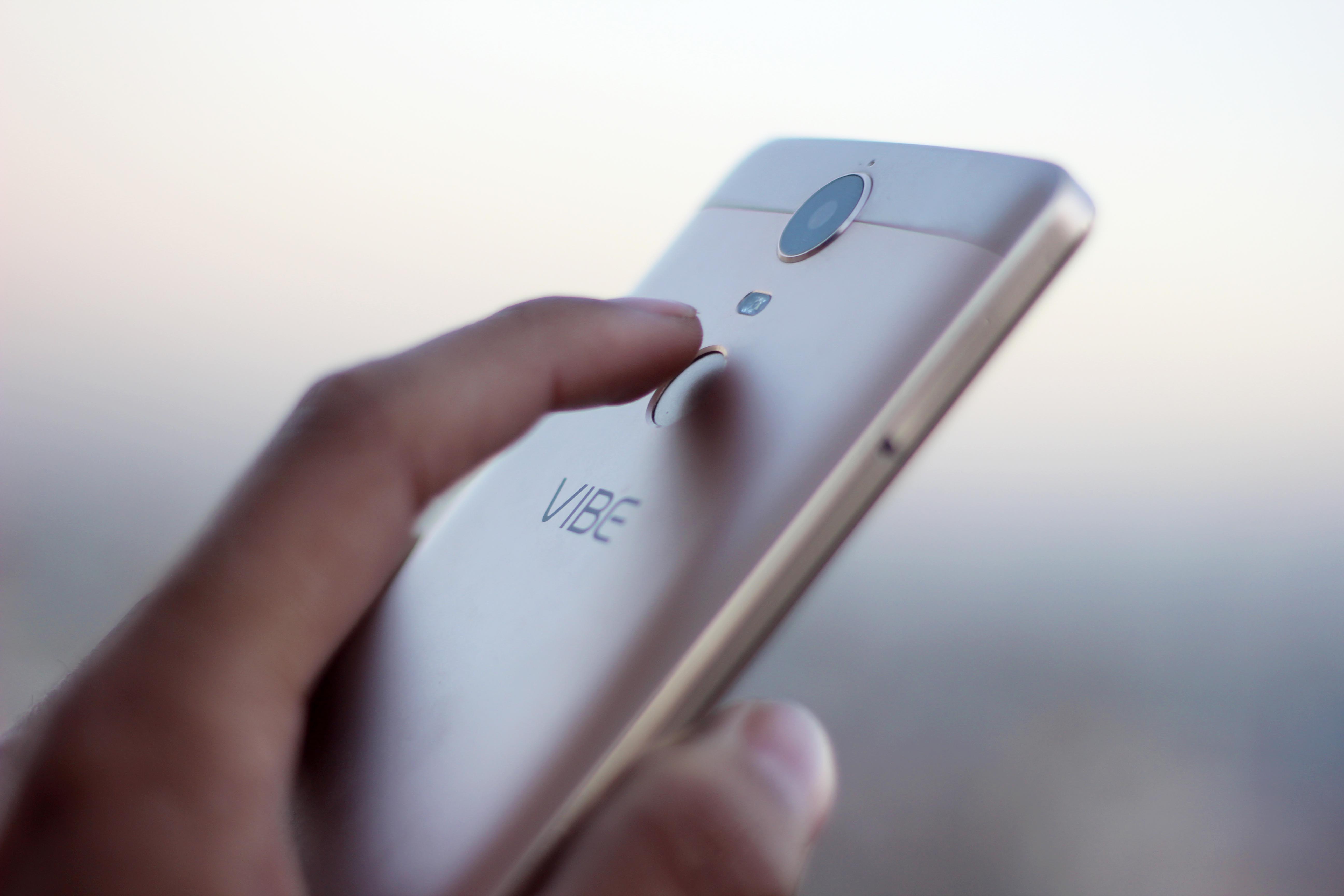 The Lenovo K5 Note has dual hybrid SIM slots for two GSM Nano-SIM cards which mean you need to choose between a second sim and expandable storage. The device supports 4G connectivity and VOLTE. Other connectivity options include WiFi b/g/n, GPS, Bluetooth v4.2, hotspot and FM Radio. The call quality was good and the device sensed WiFi signals better than some other smartphones.

A big 3,500mAh battery runs the show in the Lenovo K5 Note. The battery gave me a screen-on-time of around 4.5-5 hours under heavy usage which was less than what I had expected since the device features a 1080p display. This usage consisted of constant web browsing, using several apps at the same time and playing some high-end games. If you are a moderate user, the device will last you for around a day and a half. Even though the battery life is average, the embedded Quick Charge Technology charges the battery swiftly. The K5 Note probably has the fastest battery charging technology in its price range. Like I previously mentioned, Lenovo is trying to crawl its way into the Nepali smartphone market, and the K5 Note is probably a huge part of it. Featuring some awesome specs on paper, it could easily have been the best device in its price range. It comes with an inbuilt VR mode, a great speaker, fast charging and a good fingerprint sensor. But everything else is either average or below par. With lots of budget smartphones releasing almost every week, its bid to become one of Nepal’s popular smartphone seller could be in danger.

The Lenovo K5 Note is a VR ready phone and comes with different useful features. But that doesn’t cover up its hideous performance. The device, for me, failed to pack a punch. And while I’ve missed using some of the devices I’ve previously reviewed, I won’t be missing the K5 Note.