Lenovo has announced Legion 5i Pro with the new Intel Tiger lake-H mobile processors and RTX 30-series GPUs from NVIDIA. The “i” in the 5i distinguishes it from the Legion 5 Pro that was announced back in January with Ryzen processors. Here, we will be taking a look at the complete specs and key features of the Lenovo Legion 5i Pro (2021) along with its expected price in Nepal.

Legion 5i Pro comes in two colors – Storm Grey and Stingray White. Depending upon the configuration, the thickness of the laptop ranges between 0.86 to 1.1-inches. Also, its lightest variant weighs 2.45 kg. Coming to the display, it sports a 16-inch WQXGA display as its Ryzen counterpart. It’s a 165Hz panel with support for NVIDIA G-Sync technology. The display has a golden aspect ratio of 16:10 and covers 100% of the sRGB color gamut. Its brightness is listed at 500 nits and this display comes with multiple certifications like DisplayHDR 400, Dolby Vision, and TUV low blue light emission.

The top-of-the-line model features RTX 3070 with 8GB GDDR6 VRAM. Irrespective of the SKU, these are Max-Q GPUs and support Advanced Optimus, Resizable BAR, and Dynamic Boost 2.0.

Cooling the system is Lenovo’s Legion Coldfront 3.0 thermal system. It boasts an 18% gen-to-gen boost in airflow. In addition, Lenovo has included Legion AI Engine, which the company claims boosts frame rates in games by dynamically shifting the power between CPU and GPU. Legion 5i Pro can be configured with up to 32GB of DDR4 (3200MHz) RAM and 1TB of PCIe SSD (Gen 3/Gen4).

I/O ports on this laptop include one USB 3.2 Gen 1 Type-C, three USB 3.2 Gen 1 Type-A, two Thunderbolt, an Ethernet, an audio jack, and a DC input. The ports are located on the sides and the rear side of the laptop. In terms of wireless connectivity, it has Intel Wi-Fi 6 and Bluetooth 5.1. 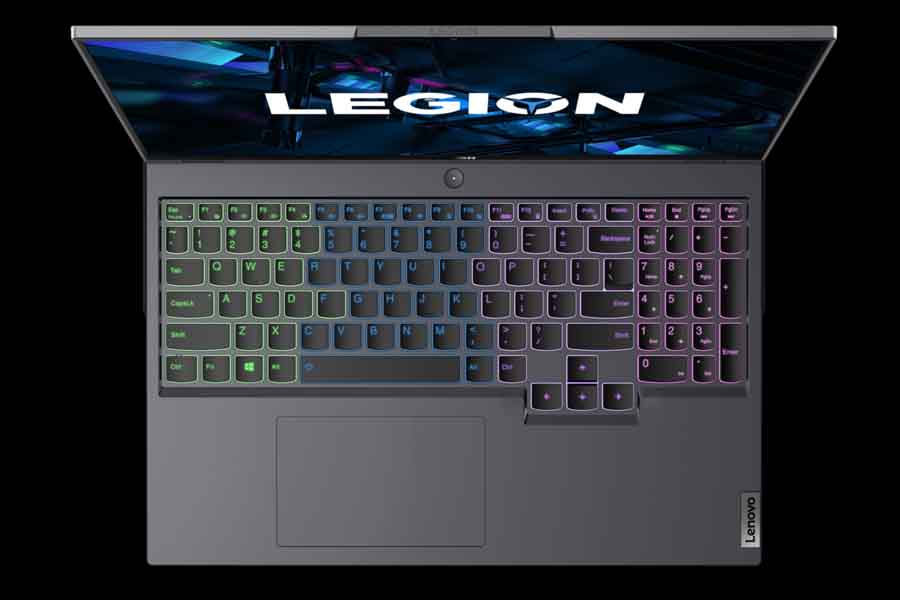