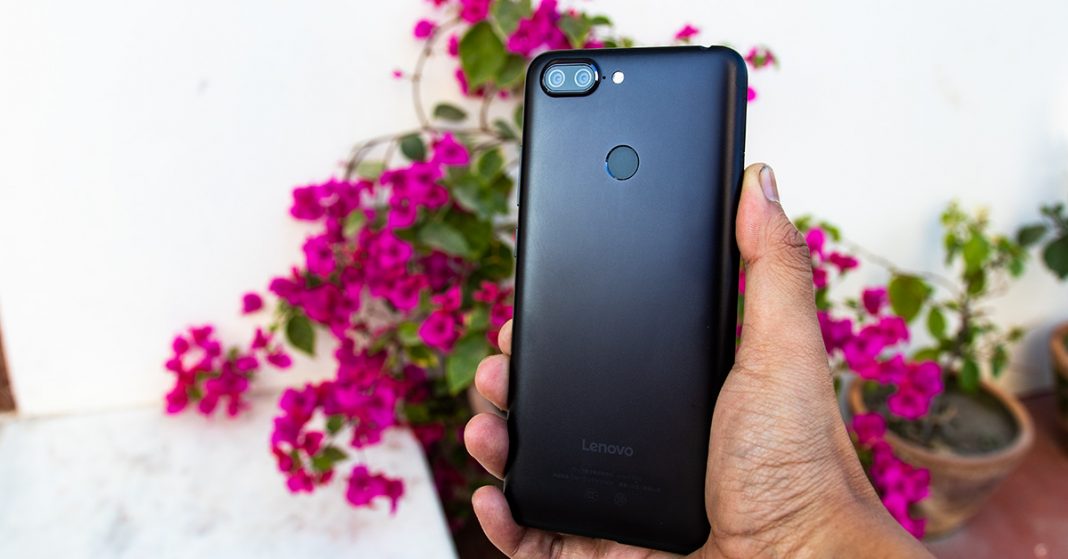 While Lenovo phones were popular some few years ago, we don’t hear the name very often now. But the company has made a come back here in Nepal with the Lenovo S5 and K5 Play. Today we have the Lenovo S5 – a phone that falls into the lower mid-range segment, with its price tag of Rs.26,999. Granted that this is a phone from some 6 months ago, some of the things might be a little outdated. But can it still stand against the phones of today? Let’s find that out in this Lenovo S5 review.

The first thing that you will notice about this device is the looks of it. There is nothing much striking about it, although it does resemble some Xiaomi phones. It’s an all-metal unibody construction with an aluminum frame surrounding the sides. And though the phone is not a glass body, it does look and feel good on hands. I have the black version here but there is also a red version available. 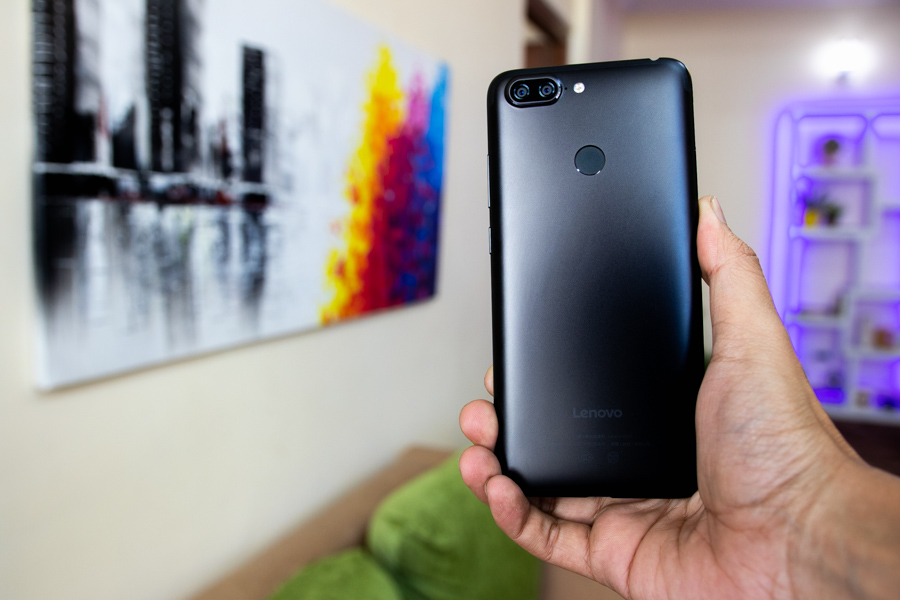 As for the aesthetics, you get a clean look at the back, Dual cameras, an LED light, a fingerprint sensor, and the Lenovo branding. The looks seem minimalistic but the ever so slight protruding cameras cause some imbalance when the phone is kept upside down. Looking at the front, it’s evident that there is no notch game going on and honestly, I don’t mind that. The phone is slim and well does not ditch the headphone jack here. Down below, you get the single speaker grill, the primary microphone and the USB type C input which I am happy to see.

Up front, at the top, you get the speaker input, proximity and light sensors along with the selfie camera. Similarly, the right handles the placement of the power button and volume rockers along with having the SIM tray/ MicroSD card slot on the left. 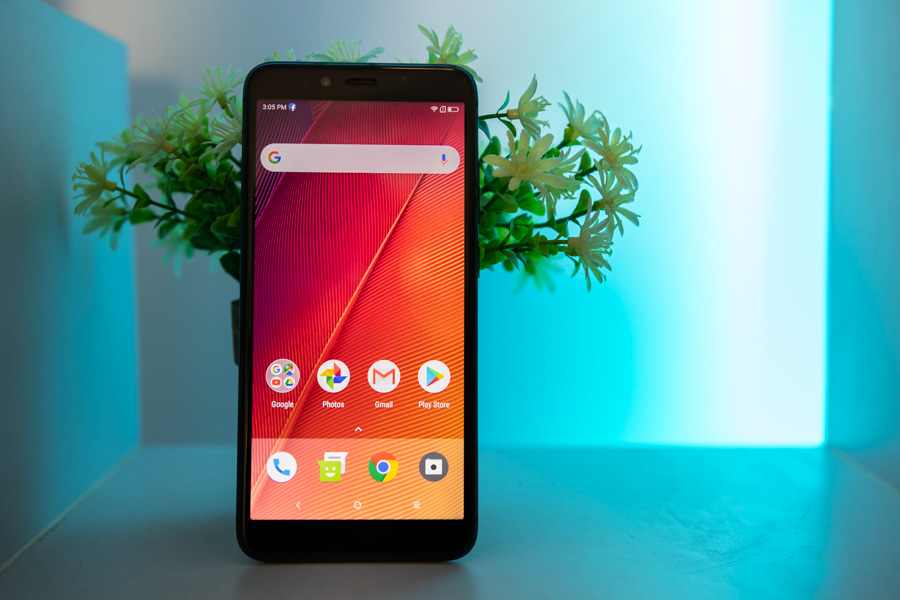 The display measures 5.7 inches and well, has an 18:9 aspect ratio which is a standard all smartphones follow. But the bezels surely take away the charm of an edge to edge display from this phone. But the display that has a resolution of 2160 x 1080 pixels does justice to the price. The display is colorful, vibrant and sharp. However, during the review time, I have always wished it provide me better sunlight visibility.

The design and display department of this phone is okay. I mean, it’s not excellent but it’s not bad either.

Performance and Storage and Software

For the price, the Lenovo S5 does well with performance too. You get the SD 625 chipset along with Adreno 506 GPU and well this combination works good enough. PUBG is playable at low settings and it ran well with only a few stutters. And also, the phone handles gameplay well even on the heating aspect. But battery drainage is an issue during long hours of gaming. However, it’s the same in almost all the phones so, there is not much to complain. Multitasking is fast enough although app opening is not blazing fast. Navigating through is also smooth enough.

But, I cannot not mention the fact that for a similar price, you get the Mi A2 Lite with Stock Android which brings me to the Software side of things. Well, the phone has ZUI on top of Android and I feel that it is yet to mature to a fully functioning good UI.

What I mean by that is, some features it has of the iOS and some of Android and the combination is not very appealing to use. The upward swiping action center is confusing because most of the times I have just wanted to put on the navigation keys. Similarly, the notifications can only be deleted if you swipe towards the left, which is again very confusing. I have used this device for almost 2 weeks now and I am still having difficulties getting used to it. In the storage department, you get 4GB of RAM and 64 GB of storage which is what we expect for the price so no complaints here as well. While we are still talking about the performance, the fingerprint sensor is a bit slower than what I have been experiencing on other phones. Although the sensor gets it correct 9 out of 10 times. Likewise, the touch sensitivity is not that great either, I had some light touch times and the S5 did not receive it well.

The speaker at the bottom is just average. Good news is that it has a notification LED light but only glows in altogether 3 colors, so my notifications were not missed.

The phone comes with a 3,000 mAh battery that is enduring and will back you up for a day. However, gameplay results to massive battery drainage and will leave you juiceless on intensive prolonged gaming. On normal use, the battery fares well. It takes you over two get it fully running which is a pretty long time. However, you get a USB Type C here which is something missing on even some phones priced more than this one. 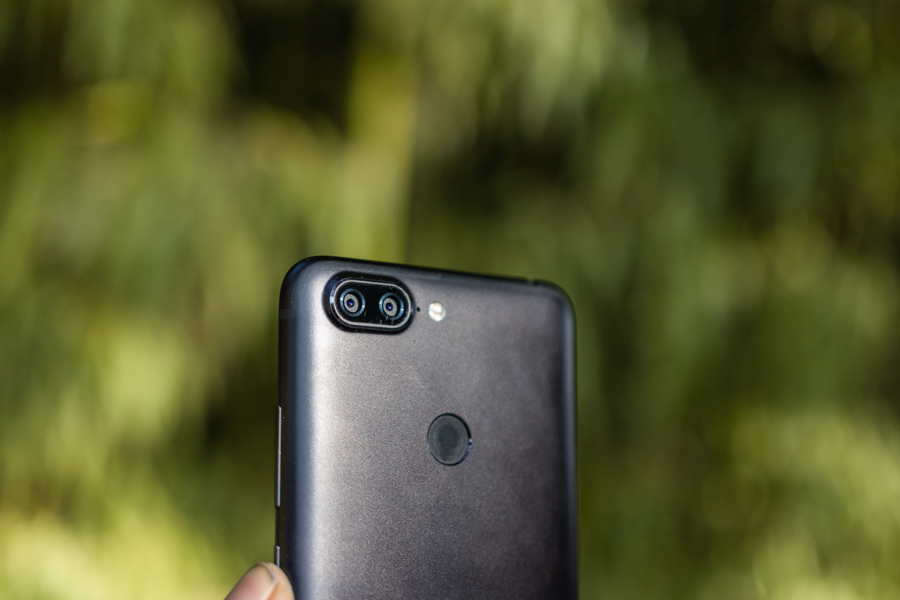 Cameras on this one is a mixed bag. Sometimes, you get good results and sometimes, you just lose hope. Most of the times, good lighting conditions result in good pictures. The annoying part is that the images take a lot of time to process. To be exact, it takes around 2-3 seconds to produce an image, which means you will have to be very patient. But the image quality is not bad by any means. The images do lack a bit of punch but the detailing is good enough. If you are wondering what the megapixel count on this one is, it’s a 13 MP shooter at the back with another 13 MP Monochrome sensor. Black and white pictures look good but I wished it could be a depth sensor.

Lenovo S5 Back camera samples
1 of 4

There is a portrait mode too but the depth sensing is purely software and well, they are just okay. But you can adjust the intensity of blurs after taking pictures, so that’s cool.

Night shots are grainy and noisy and if your hands are not stable enough, you could get your images to be shaky. 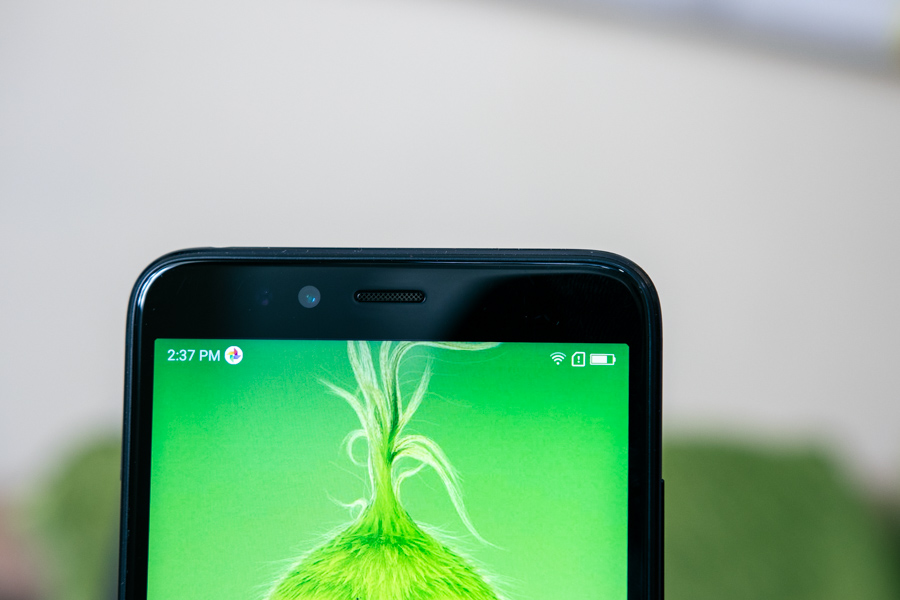 As for the selfies, they look good in good lighting conditions, when the lighting becomes darker, you will start noticing grains in your pictures. Here are a few samples for you to judge.

You can see in the pictures, they are not that punchy but the selfies don’t look bad. So, the 16 MP selfie camera fares well enough.

Talking about the videos, you can record videos up to 4k, however, they are not that stabilized. The autofocus does not work very properly either.

So, to conclude, I would say that the Lenovo S5 is an okay phone overall. What I mean by this is all the aspects of this one are neither extraordinarily good nor strikingly bad. It can give you a performance that is “okay” in all aspects.

However, it is also worth considering that there are other options from Xiaomi that might give tough competition to this one. The Xiaomi Mi A2 Lite and Xiaomi Redmi Note 5 AI would be some phones challenging this one. However, anyone buying this phone will not regret in overall usage. However, I am not a fan of the software though!