The phone houses a 5.5inch Full HD display with the pixel density of 401ppi. It is protected with the Corning Gorilla Glass 3.  Powering the phone is the old Qualcomm MSM8939 v2 Snapdragon 616 Octa-Core Chipset whose four energy efficient cores are clocked at 1.2Ghz and the four high-performance cores are clocked at 1.6GHz. For graphical performance, it comes with Adreno 405 GPU and for multitasking, it comes with 3GB of RAM. This configuration should be enough to get through your normal day to day usage but if you want to use some demanding or heavy apps and games then you’re going to feel the devices resentment. 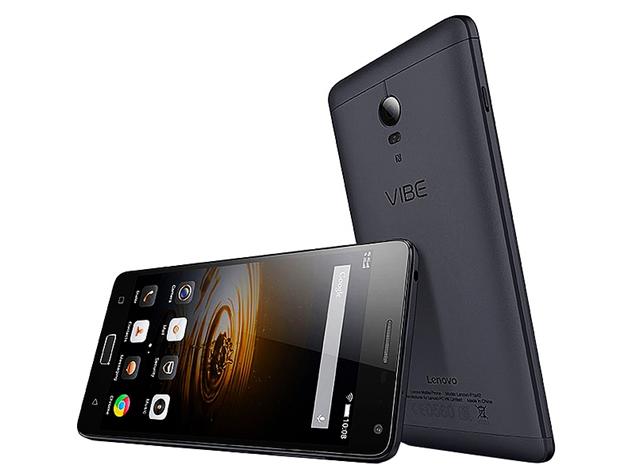 On the optical front, Vibe P1 Turbo comes with 13MP Rear Camera with f/2.2 aperture and PDAF. It can shoot Full HD videos at 30fps. On the front, it comes with 5MP Camera with f/2.8 aperture. Storage wise, it comes with 32GB Internal Storage and which can be expanded up to 256GB via Micro SD Card. For connectivity, it supports 802.11/ac WiFi, Bluetooth 4.0 and supports USB OTG as well. It comes with a fingerprint sensor on the front. Backing up the device is a massive 4,900mAh battery which has added some heft to the device making it 189grams. Lenovo Vibe P1 Turbo comes with Quick Charge 2.0. This enables the phone to get charged from 0 to 50% in under 30 mins. It’s a great thing to have the quick charge when your phone comes with a huge battery. Lenovo Vibe P1 Turbo is priced at Rs.28,000.

Lenovo Vibe P1 Turbo is all about the battery life. It comes with a massive 4,900mAh battery to last a whole day of usage and if you somehow managed to finish the charge, you can get back on track easily with the Quick Charge. So it’s a great phone for those who wants a pretty reliable battery life.

But we cannot overlook the cons of the phone, to start with, it’s already a year old phone, it is powered by a mediocre last gen chipset and it still runs on Android 5.1 Lollipop. A better alternative for this phone could be the Coolpad Cool 1, Redmi Note 4, Huawei GR5 and the Galaxy J7 Prime.