In the Microsoft event today, we got a look at what Microsoft is bringing to the table in its next big update. The update will be called the Microsoft Creators Update and it has got a lot of features that has got us excited. This update will be focused more on Virtual Reality, 3D objects, and seamless interaction so it might bring something new to the computing table. 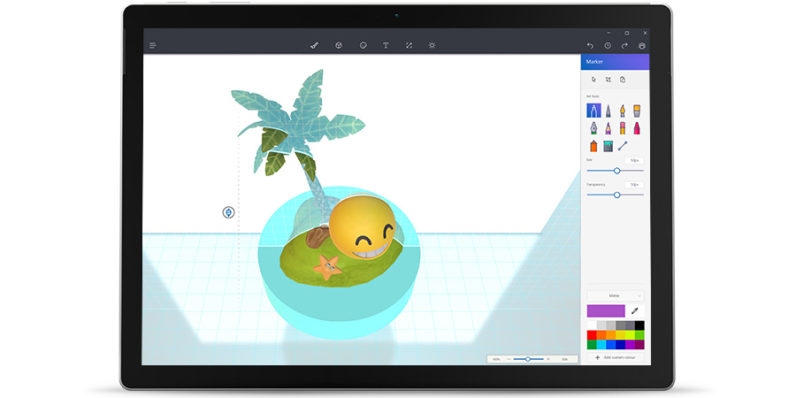 Paint is one of the most popular Microsoft application which millions of use for simple doodling or messing around. We’ve been hearing the rumors about the revamped looks of Paint but we didn’t know it’ll support painting and creating 3D objects. In an on-stage demo, a sand castle was scanned with the HP X3 smartphone using Windows Capture 3D app and then the image was ported to Paint for editing and was shared with few people to view on VR. This is incredible as anyone can now work with 3D and VR per se. Paint has become more powerful and besides being able to draw 3D, Microsoft seems to put it as an image editing software which can be a lighter alternative to the likes of Photoshop and Illustrator. 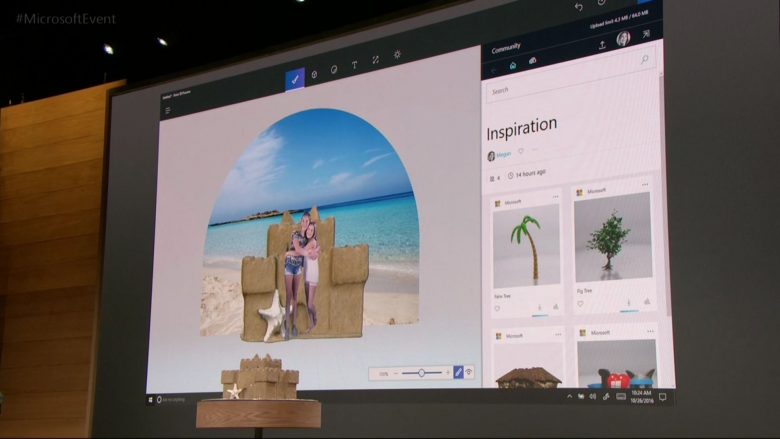 PowerPoint is an essential tool for business; representing concepts, showing statistics or anything business oriented. Now Microsoft has embedded few 3-D features in the PowerPoint, enabling you to put 3-D objects from Paint or the 3-D clip art library in your presentation and make it position better which you couldn’t do with a 2-D object. This will make presentations more effective by representing concepts and contents in 3-D. Microsoft will be rolling out 3-D features in all of its Office Suite.

Microsoft’s recent acquisition of the game streaming service Beam will be inbuilt in the Microsoft Creators Update. This will allow users to seamlessly broadcast and access gaming sessions and provide interactive tools to communicate with the viewers. For private sessions, it will also allow users to create their own tournaments and all of the users data and scores will be stored in the Xbox Live account. This update will definitely be a delight for gamers.

People in your taskbar(My People): 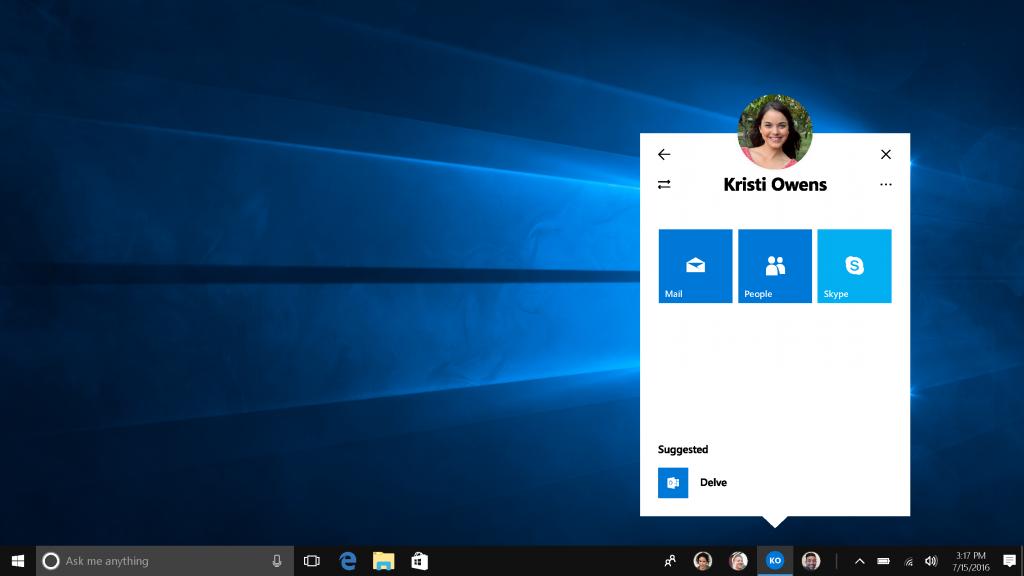 Microsoft Creators Update will allow users to put friends,family, and co-workers in the taskbar. Along with these people, you can associate their email, skype id and Xbox live to start with. You can directly drag and drop files on the taskbar to send it to the individual people. You’ll also see direct emails, IM’s and shared files right on your taskbar. This is a pretty convenient feature and will help out a lot to stay connected with the persons that matter the most.

Along with these features,this update will have support for VR headsets. Microsoft has partnered with some of the PC manufacturers to build VR headsets which will cost $299.