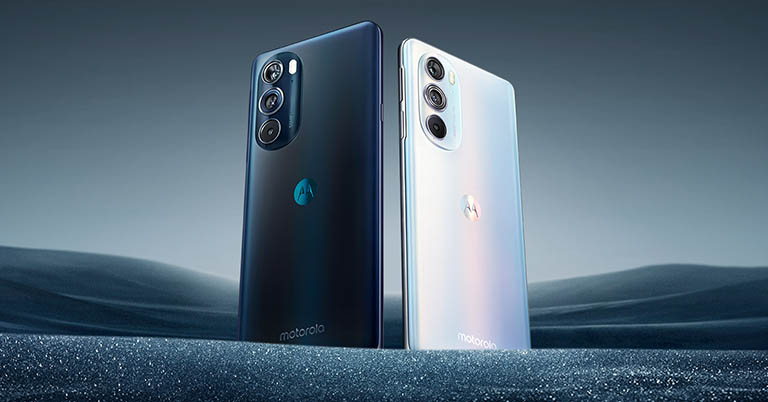 Motorola has beaten the likes of Xiaomi and Realme in launching the world’s first smartphone powered by the new Snapdragon 8 Gen 1 chipset. The company unveiled the Moto Edge X30 as its latest flagship phone in China. So, let’s look at the specs, features, expected price, and availability of Moto Edge X30 in Nepal.

While it’s all hearsay for now, the Moto Edge X30 is rumored to launch under the “Moto Edge 30” moniker in the international market.

Like I mentioned earlier, the Moto Edge X30 is the first phone to be powered by the latest flagship processor from Qualcomm. The new Snapdragon 8 Gen 1 offers a 20% boost in CPU and a 30% boost in GPU performance compared to Snapdragon 888/888+.

Moto Edge X30 features a 6.7-inch FHD+ OLED panel with a 10-bit color depth. The standard version of the phone features a center-aligned punch-hole cutout whereas Motorola has also released a Special Edition with an under-display camera and seamless display.

The Special Edition is also known as the “Under-Screen Camera Version”. Regardless, both editions of the phone support a 144Hz refresh rate and 576Hz touch-sampling rate. They are also HDR10+ certified.

Likewise, the Moto Edge X30 measures 8.49mm in thickness and weighs around 194 grams. It is also IP52 rated against dust and splash damage.

Moving on, the phone flaunts a triple camera setup at the back. Here, the 50MP primary camera uses a 1/1.55″ OmniVision sensor with a 2.0μm superpixel (4-in-1 binned). It also has Optical Image Stabilization (OIS) for stable video recording.

Accompanying this is a 50MP ultrawide sensor with a 117° Field of View (FoV). Completing the setup is a 2MP depth sensor. The rear camera is capable of recording 8K videos and 960fps slow-motion.

Over on the front, Motorola has included a 60MP OmniVision sensor with an f/2.2 aperture. As per the company, it can capture RAW photos, too.

And this is where the only difference between the standard and Special Edition of the phone surface. While the regular Edge X30 houses the 60MP sensor inside the aforementioned punch-hole cutout, the Special Edition hides it under the display.

Moreover, the phone packs a 5,000mAh battery inside that supports 68W charging. The phone supports 5G, Wi-Fi 6E, Bluetooth 5.2, and NFC for wireless connectivity. Other notable features include a side-mounted fingerprint scanner, a dedicated Google Assistant button, and a dual-speaker setup with Dolby Atmos.