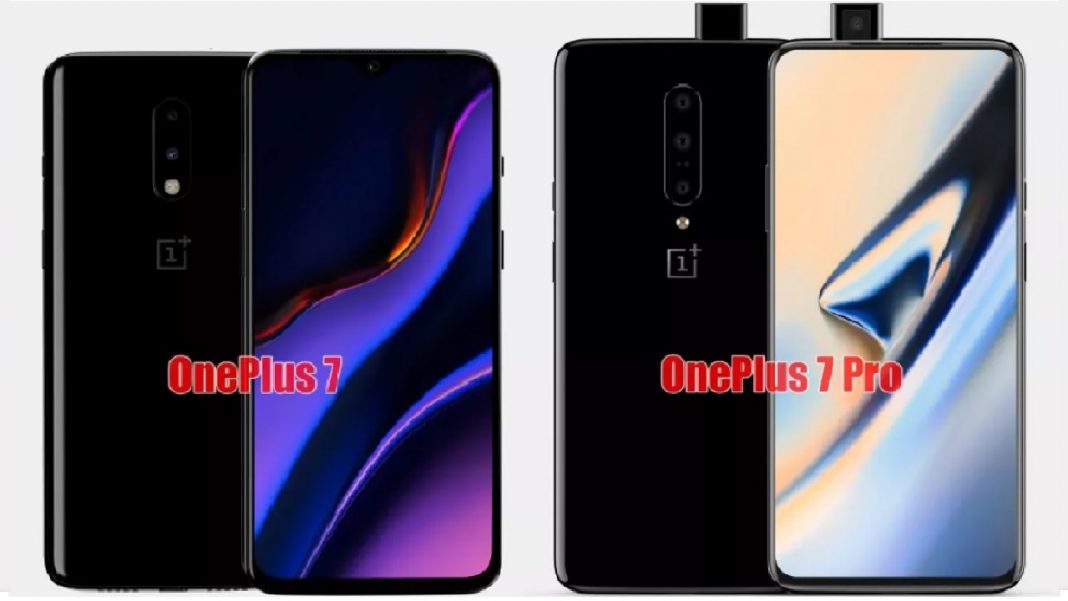 OnePlus’s upcoming flagship phones, OnePlus 7 and 7 Pro are launching on May 14. DisplayMate also said that the OnePlus 7 Pro would have one of the best displays on any smartphones out there. Apart from that, most of the specs were under the veil. But thanks to the leakers, some of the major specs of the device have recently come into the limelight ahead of its launch.

The leaks went far ahead so we now have the exact dimension of the device as well. The phone measures 157.7 x 74.8 x 8.1mm. So the device will have a similar form factor of the OnePlus 6T. However, this time the phone will get a 6.2-inch display. So we can expect a slight increase in the size of the bezel. The phone will bring the reminiscence of the 6T, as it will have a tiny water-drop style notch on the top. The screen here will have Full-HD+ resolution and 60Hz refresh rate. OnePlus 7 will also have a fingerprint scanner under the display. 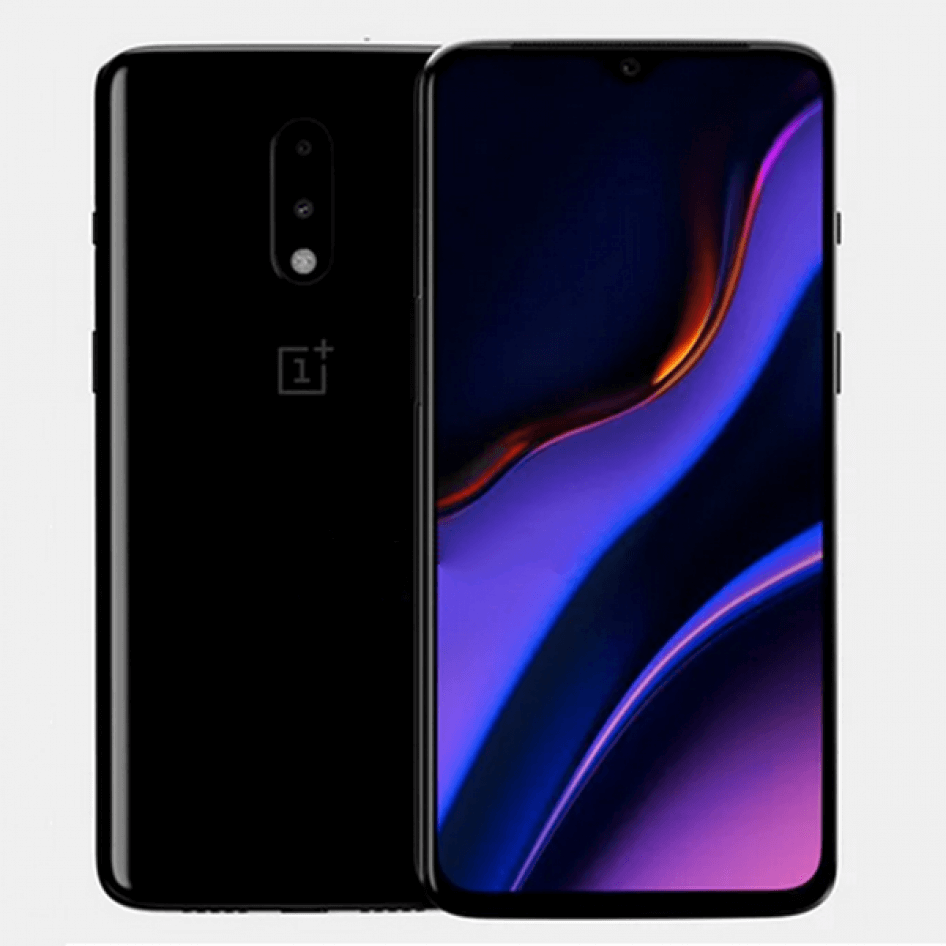 As expected, the phone will get the latest Snapdragon 855 chipset with 6GB of RAM. On the software front, OnePlus 7 will flaunt Android Pie (v9) out of the box with its custom skin OxygenOS on the top. One of the major highlights on this device will be its big battery. While the major smartphone players like Samsung and Huawei are being parsimonious on the battery front on the lower flagship variant, OnePlus went all out and provided a sizable 4150mAh battery on the standard OnePlus 7. Plus, the phone will have 30-watt Warp Charge technology to refill the battery really fast.

Higher megapixel count in the smartphone cameras is being the new trend of 2019. And like most of the Chinese phones, the OnePlus 7 will also come with a 48MP primary camera. However, the leak hasn’t specified the type of lens and resolution of secondary camera. Likewise, we do not yet know the resolution of the front camera. But as far as the rumors go, the front camera will reside on the notch.

The leaks went further unveiling the price of the device. Giztop, a Chinese e-commerce website has listed the OnePlus 7 in its website with the price tag of $569. If the phone launches at this price, there are high chances that the device will clench the title of the best flagship killer once again.

Measuring at 162.6 x 76 x 8.8mm, the Pro variant will be slightly bigger and thicker when it comes to the size. Unlike the regular OnePlus 7, the Pro variant gets 6.64-inch notch-less AMOLED display, which refreshes at 90Hz. OnePlus has also upped its game this time by including Quad-HD+ resolution, which is quite an upgrade over the Full-HD+ resolution on the OnePlus 6T. With curvy edges on the sides, the display on this device will house a fingerprint scanner underneath it. 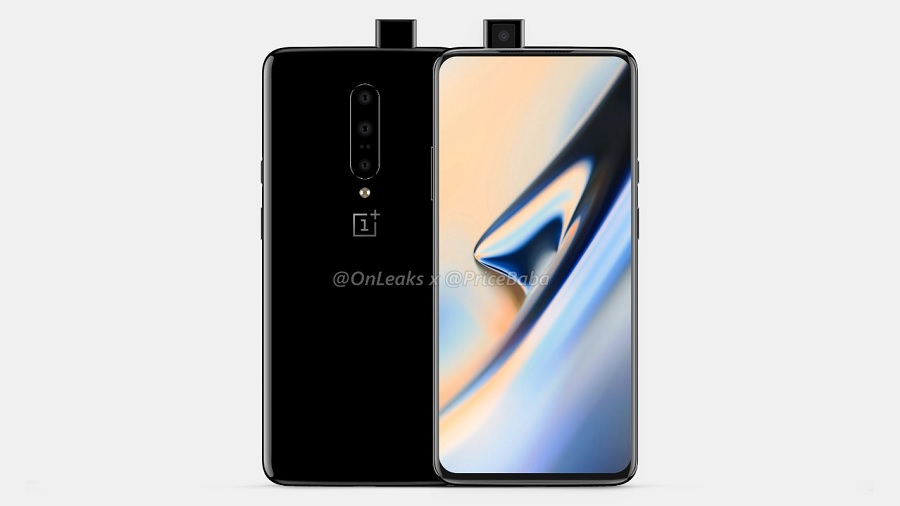 On the camera front, OnePlus has segregated the pro version from normal one by including an extra camera on the back. That means, just like the Samsung Galaxy S10/S10+ and Huawei P30, the OnePlus 7 Pro will come with camera triplets on the back. The primary 48MP shooter will be accompanied by an ultra-wide-angle camera and a telephoto camera. On the front, the phone will have a pop-up style selfie camera just like the Vivo V15 Pro and Oppo F11 Pro. However, there is no information regarding its resolution. 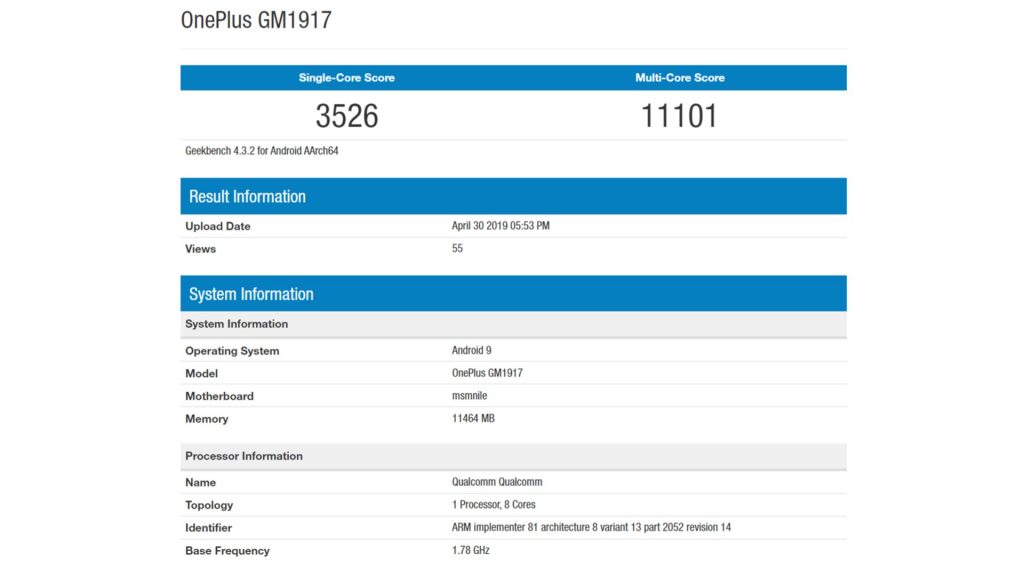 Powering the device will be snapdragon 855 with 8GB of RAM. The device is also expected to come with 10GB of RAM and we have seen benchmark leaks of the device with 12GB RAM. So we can expect three variants of the device in terms of RAM amount. The Pro version will get a slightly smaller 4000mAh battery and like the regular one, it will have support for 30-watt Warp Charging.