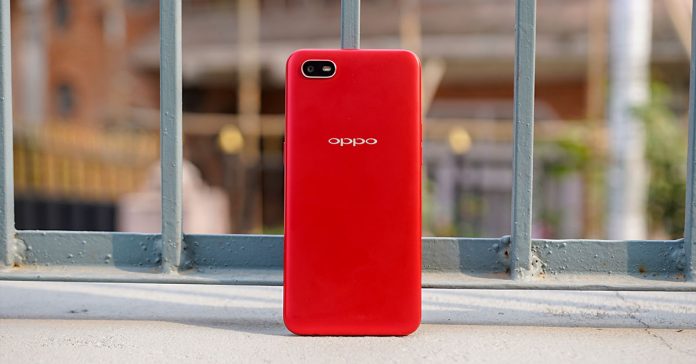 Is it just me or has OPPO’s smartphone lineup in Nepal gone a bit stale lately? What I mean is, there is very less versatility in their product lineup these days – apart from the OPPO F11 and F11 Pro, of course – they have something going, at least. But still, we could use some fresher products. Maybe that’s why the Oppo A1K is here. It’s targeted towards the sub Rs 20,000 price segment. But with middling specs, a minimal feature set and an asking price of Rs. 17,590, is it worth your attention? Let’s find out in this Oppo A1k review.

Starting off on a positive note, the OPPO A1K excels in this category. Sure it’s still plastic and has a cheap feel in the hands, but it’s sturdy and feels durable. I have no complaints on the design front. I even liked the red matte color scheme which, first off looks good, and isn’t a fingerprint magnet. Either way, using the clear case you get out the box is recommended. You also get a pre-applied screen protector over the Gorilla Glass 3 display up front.

Other than that, the water drop notch and those bezels place it on the same levels as its competition. The plain matte Red back with the OPPO branding and that single camera sensor aided by an LED flash is your typical budget phone look. The bottom holds the speakers, micro USB port, mic, and a headphone jack. On the right, you are greeted by a lonely power button and on the other side is the volume controller plus the SIM slot while the top remains empty. Its 6.1-inch display with a screen to body ratio of a little over 80% is pretty decent. There’s isn’t significant bezels on the sides of the display, but the pretty huge chin is noticeable. But given it’s a budget phone it’s hard to complain about these types of shortcomings. Moving on to the actual panel, the HD resolution and that IPS technology is all but standard, but the actual display quality feels ok at best. It’s decently bright, produces punchy colors and the viewing angles are pretty good.

The single 8MP lens didn’t really impress me much here. Details were acceptable in good lighting but produced grainy and muddy photos under harsh lighting while the color reproduction was average. In the end, the overall result was decent at best. Under low light conditions, the photos suffer from lack of detail.

While we have seen some phones produce good portraits with a single lens, that’s not the case here. The portraits it took were far from it. Edge detection is something that needs a lot of improvement, not to mention the blurs. Plus, the phone overexposes the background in portrait shots which makes those basically unusable.

Moving on to the front, the 5MP shooter managed to capture some acceptable selfies under well-lit conditions but again suffers under harsh lighting. Portraits are again, not very good, with lots of irregularities and missed edge detection. On top of that, the same overexposing problem for portraits carries on to the front camera as well.

Finally, for videos, it takes [email protected] and there is no stabilization on board. The quality is average. The videos can be used for memories but nothing more.

The Oppo A1K comes with a Helios P22 SoC and ColorOS 6.0 on top of Android Pie. For the given price, I would have loved to see OPPO put in a much better processor. First off, the A1k does not really belong in this price range. It’s a lot slower than its competition in both synthetic benchmarks, and in the real-world usage. I don’t mean to say the phone is bad. But it’s just that the competitors are offering much better hardware and this one doesn’t.

If we talk gaming, the first one I tried out was PUBG – at the lowest settings. It was enjoyable, with some stutters here and there. Clash of Clans was also playable (if you guys are still into it). Other mid-tier games like PH: Cruise and Real Cricket 19 also ran with lowered graphics quality. As for general apps like Facebook, Instagram, and other general apps, they will run without any problems. 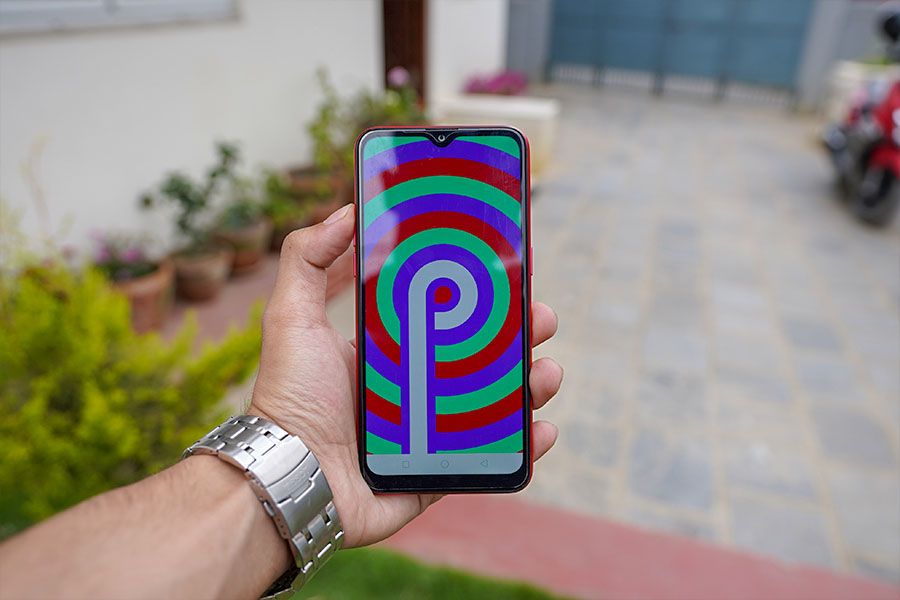 I previously reviewed the OPPO F11 Pro, and that one also ran on the ColorOS 6.0 over Android Pie. It was a pretty great experience and showed a lot of promise for future OPPO smartphones. Sadly, that feeling was shortlived when I went into the OPPO A1K with huge expectations and all of them were shattered. The phone felt sluggish, had a bunch of bloatware (which were removable), and the UI itself stutters every now and then.

That is, however, due to the hardware shortcomings rather than the software. Just like what happened with the Redmi 6 after its MIUI 10 update.

The battery, however, impresses thoroughly. Oppo does this thing with its budget phones where it gives them larger batteries, like the Oppo A3s! With a 4000mAh battery, 2 days of normal usage was easy and that’s with all the power saving options turned off. I was never worried about charging this phone, but that’s what made its tediously long charging times bearable. It literally takes around 3 hours to get to 100%. I tried charging it with the 20W fast charger from the OPPO F11 Pro, and guess what? Same results. I guess this one doesn’t support Fast Charging. On a side note, this phone comes with a 5V/2A charger out of the box.

As for security features, this one lacks a fingerprint sensor. You can opt for face recognition but that’s pretty slow, to begin with. You do get the usual pattern and pin unlock, just like on every other Android phone out there. Apart from the security, you get a dedicated microSD slot while the phone itself comes with 32GB of internal storage. Speaker quality is nothing special and the same goes for call quality as well. The OPPO A1K sports some satisfying design choices coupled with some amazing battery performance. But apart from that, there is very less reason to buy this phone. It offers aggressively mediocre performance, poor implementation of ColorOS 6 and an average display at best. And what makes it an even more of a bad deal is its competitors in the same price bracket.

The Redmi 7 comes with more performance, similar battery life, and better cameras while retaining a fingerprint sensor. Then there is the much cheaper Galaxy A10, which might not hold its ground in the camera department but will surpass it in the performance department. It also has a better display and costs 3.5k less.

And you know what? With the recent price decreases in Samsung’s smartphones, the Galaxy M20 is available for less than this! And even so, it has a more pleasing high-res display, better camera(s), faster performance, larger battery (with fast charging) and is a true value for money smartphone. The Oppo A1K, despite being a decent budget phone, gets easily lost in the competition, with its unreasonable price.