Oppo is investing a lot of money in RnD and has extensively focused on innovation. About two years ago, the company announced the world’s first 5x optical zoom camera for a smartphone. While we are yet to see a market-ready smartphone with that feature, they seem ready to announce a camera with 10x optical zoom.

The media invite shows the event will take place in Beijing, China on January 16. A quick translation of the image below reads “Ten for see OPPO 2019 Future Technology Communication Conference, January 16th, China Beijing”. This only further cements our speculations about what upcoming event will deliver. 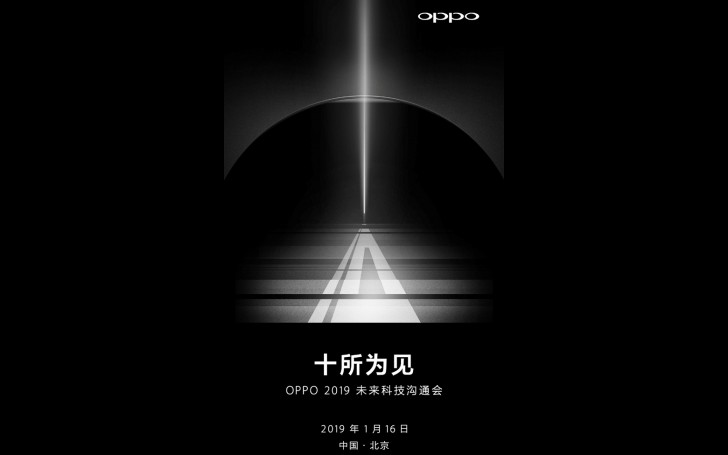 We currently don’t have any information regarding how this zoom technology will exactly work. Currently, its 5X zoom technology works with a 90-degree prism directing the light to a vertically positioned camera sensor from a 5P lens. In addition, an OIS unit is installed at the end, which meant stabilization should work even at full zoom.

According to recent rumors, the upcoming Oppo R19, and R19 pro will come equipped with this new technology. Furthermore, both phones will feature triple camera setup and will come powered by a Snapdragon 670 SoC. Sadly, rest of the specs about the upcoming flagship duo remain unknown.

UK, OPPO mobile has landed!
We combine cutting edge #Technology, #Innovation and #Creativity into every smartphone, so you can light up the New Year in #Style. pic.twitter.com/YlR06dKdZG

In other news, OPPO mobiles have made its way to the UK. A tweet from their fresh new twitter handle for the country reads: “UK, OPPO mobile has landed!”. Buyers in the United Kingdom should expect the OPPO RX17 Pro and the OPPO Find X to reach their stores very soon.

Finally, we can expect a smartphone, probably the R19 and R19 Pro to launch at MEC 2019. Hopefully, the flagship duo will come with the 10x optical zoom feature that we will see on January 16.