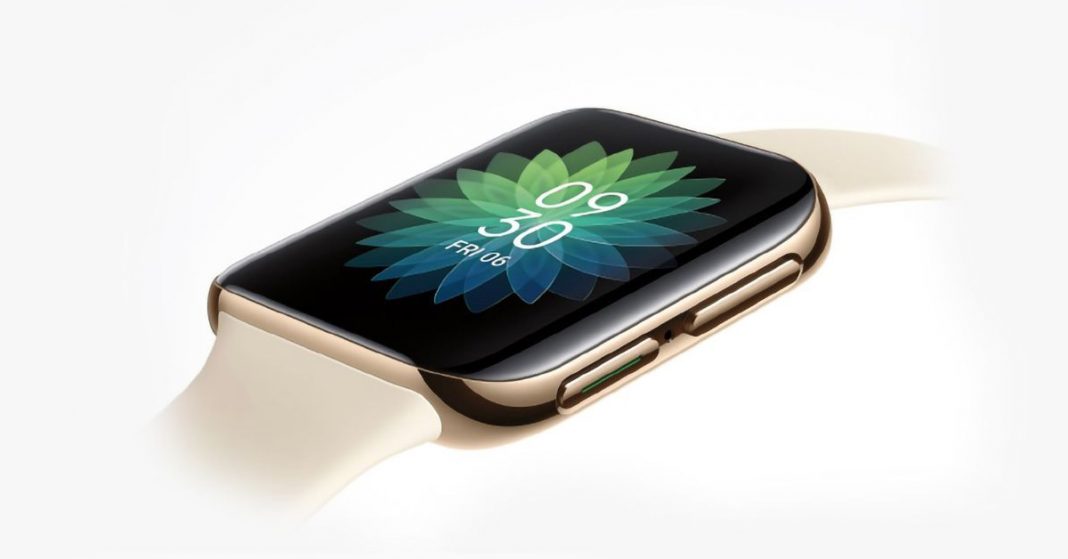 Last year, Oppo confirmed that it was working on a smartwatch during the Inno Day 2019. Unlike the other innovations showcased on the show, we didn’t have any information about the upcoming smartwatch nor did Oppo release any pictures of it. But the recent leak suggests that the Oppo smartwatch will come with an ECG sensor.

Talk about the Oppo smartwatch

Oppo’s smartwatch has been in the news since 2018. In September of 2018, the Chinese company filed a patent for a foldable smartwatch titled “Wearable Electronic Device” with the World Intellectual Property Office. The patent revealed a smartwatch with a foldable display module. The rectangular screen could be extended when required. When extended, the screen area could increase by 200%.

But we haven’t heard about the device since then. At the end of 2019, Oppo confirmed that a smartwatch was underway. But there was little to no information about the specification of the device. Oppo didn’t reveal a single clear picture of how the smartwatch could look like. However, Vice President of the company, Levin Liu promised that it will feel like a smartphone extension as it will come loaded with AI and Deep Learning capabilities. However, he didn’t mention anything about the foldable smartwatch which makes us believe the one that is nearing the launch is not foldable.

But we are confident that the smartwatch will feature a rectangular display instead of a round display. While the later is better in terms of aesthetics, it is being dropped in favor of the former which allows more information to fit in the screen.

Check out our review of Blitzwolf BW-HL1 smartwatch

The latest leak about Oppo’s smartwatch comes from the Chinese microblogging site-Weibo. A leakster named Digital Chat Station revealed in a post that the upcoming Oppo smartwatch will come with an ECG sensor.

To begin with, ECG, which stands for ElectroCardioGraphy, which is a science which deals with graphing the electrical activity of the heart. What the ECG sensor does is that it carries out examination of the heart and gives a warning about any abnormal activity. We first saw the technology in Apple Watch 5 series. Since then, smartwatches such as Samsung Galaxy Active 2 and Amazfit Verge have also adopted the technology.

Check out the best budget fitness trackers in Nepal

The Oppo smartwatch was originally expected to launch no later than Q1 2020. However, there is no official information to confirm that. We believe that it will launch alongside Oppo Find X2.

Though the leaked information may have excited you, Oppo hasn’t confirmed anything about the device. Even the leakster has already removed the post. And we can only question the authenticity of the original post. So, wait for the official confirmation before getting your hopes high.