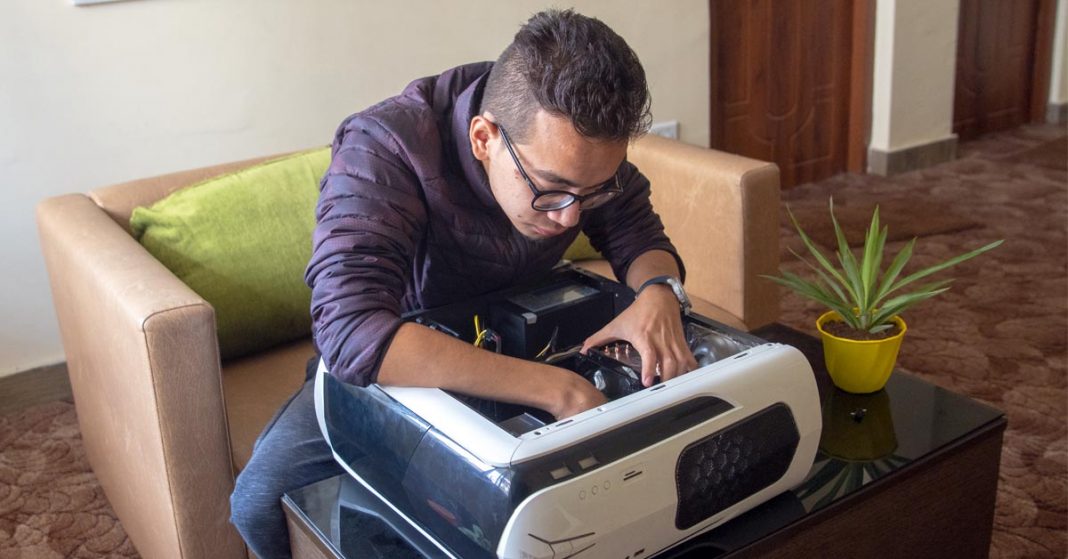 Hi there, we are here to help you with the ultimate PC building guide. By that, we obviously mean a gaming computer because why else would you build your PC? But for the sake of it, this PC should also be as useful for a gamer as it will be for someone like a photographer, a video editor or anyone who wants a bit more power than a potato.

But before we jump into it, it’s your job to analyze your budget first. Even if you have a low budget, you can always compromise on a few aspects which you can upgrade at a later date. If you just wanna buy a budget PC, you need to plan beforehand, minimize bottlenecks or cut cost on unnecessary stuff.

With that said, you can find articles on how to choose the right mouse, keyboard, display, headphones, and controllers on our website, everything else you might need other than a CPU, which we will cover here.

Processors are pretty much where most people start with. The processor you choose will pivot your decision on choosing the motherboard, GPU, RAM, cooling solutions and to some extent the case and storage. So, to make it simple Intel has Core i3, Core i5, and the Core i7 processors. Same goes for AMD’s Ryzen 3, Ryzen 5 and Ryzen 7. 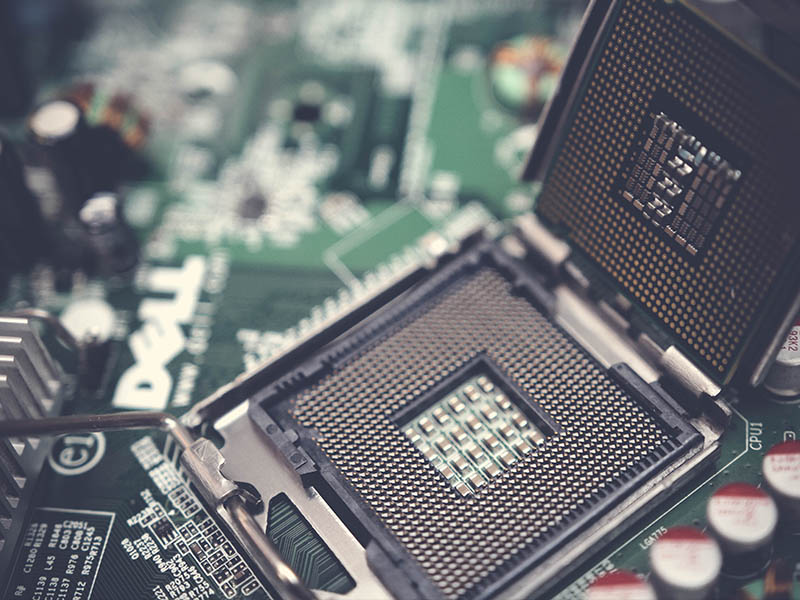 If you were to buy a PC in 2018, something like a 9900k or a 2700x would be perfect. But even as an amateur enthusiast, I cannot just justify the price. Both of them are exquisitely priced and both perform excellently. If you are someone who by any chance needs these grades of processors, you might wanna look elsewhere.

So, starting off with people who have a reasonable amount of money (high-end) should go for something like an i7-8700k. The price will vary depending on the sellers, but you can grab one for around 55k. The i7-8700 should do well too and will save you some money, but you will be stuck with a non-unlocked processor.  For Ryzen lovers, a 2700x should deliver almost similar levels of performance. 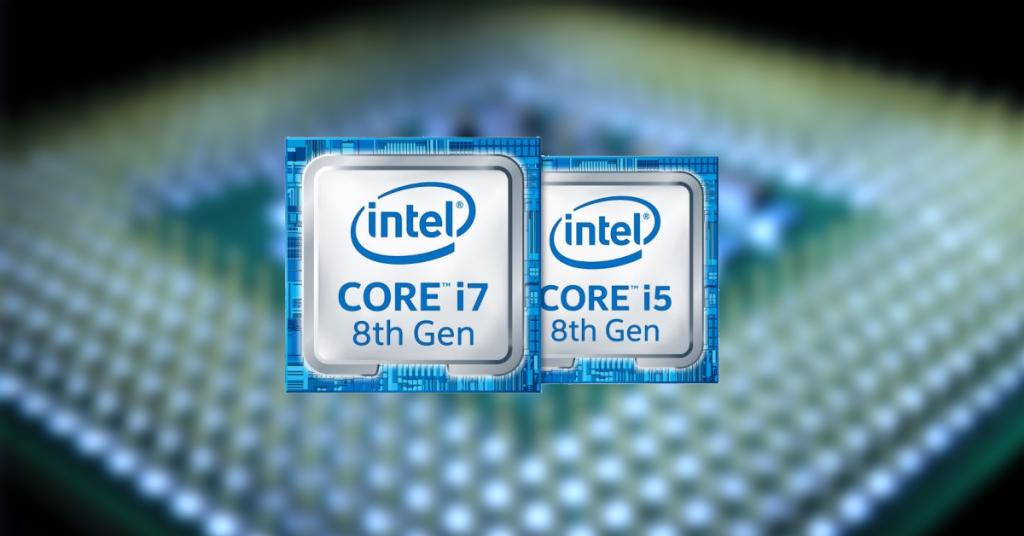 If you wanna build a mid-tier build, an i5 is the way to go. You can find a Core i5-8400 for a little under 30k, which should be more than enough given the GPU you will put into this configuration. You can also opt for the 8350K but if you can find one and should cost similar to the 8400, and with overclocking features.

Finally, in case of a budget build, the i3-8100 is your best option. You can find one for around 17k and is one of the best choices. There are a few Ryzen alternatives but the 8100 just seems like a safer choice.

Cooling is a major part of a CPU build and directly reflects on how good your processor performs. The 8700k should be attached to a good cooler, preferably water cooled. Something with a 240mm radiator should do the work and they cost around 20k. For the 8400, a 120mm (10-13k) radiator should provide an adequate amount of cooling while keeping noise to a minimum. For budget builders, a cooler master hyper 212 Evo should be enough.

This one is pretty easy, as it sole depends on which processor you have chosen. The high-end build with the 8700k works with a Z370 or a Z390 motherboard. While we are given with an option of backward compatibility, you probably should go with the Z370. One with the tag gaming in its name and inbuilt WiFi will cost you around 30-35k depending on the manufacturer. For those who choose a 2700x, they can get the X370 or an X470. Mid-tier buyers with the 8400 can go for a basic Z370, something basic should be available at around 20k. 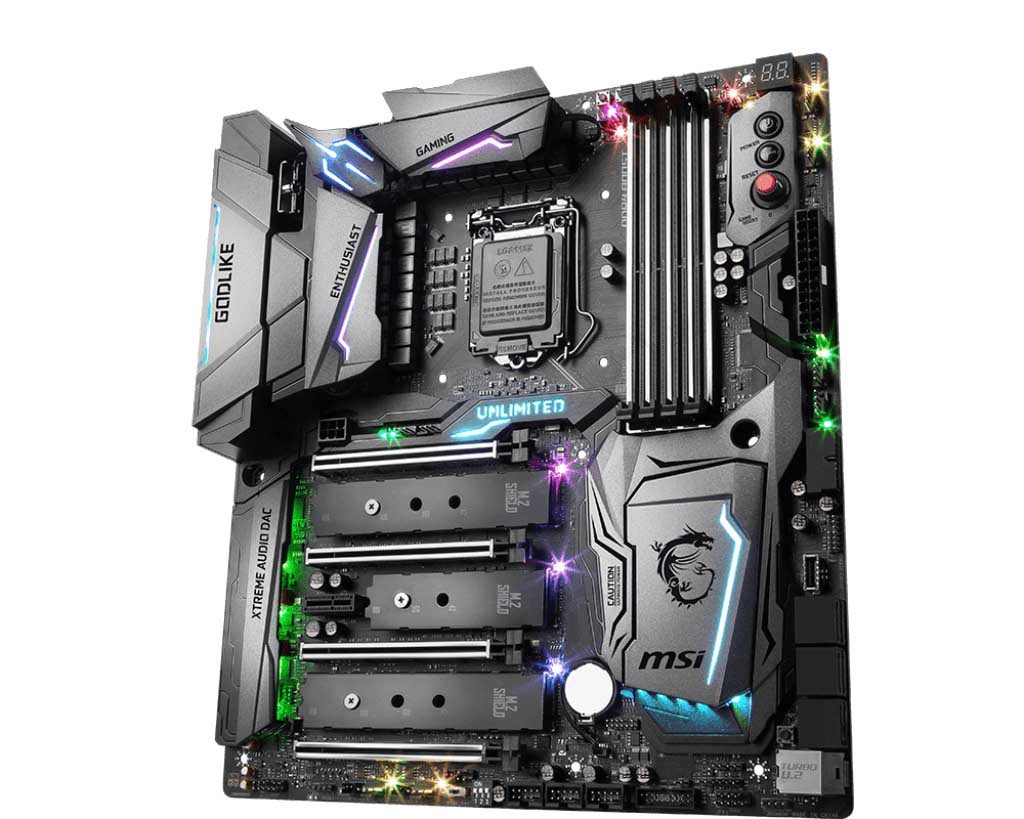 For the budget builds with the 8100, the Z370 will work, but a B360 motherboard will also do, for around 14k. All Intel 8th gen processors come with the same sockets, so in general, the Z370 motherboard from any manufacturer will do fine, or even a B360, but the number of features will vary, so as a general rule, go for a motherboard relative to the cost of your processor. The features will include connectivity, future upgradability, feasibility, I/O, durability and all sorts of other semi-luxuries.

This one is even simpler, basically, you will need a 700W PSU for a high end, 600W for a mid-tier and 500W for a budget build. Their ratings will also affect the way they work, but that should not be a huge deal other than how much they will cost. Something like a 700W PSU from Thermaltake with RGB will cost around 15k. As for a 600W, it will cost you around 11k and a 500W comes in at around 8k.

Then comes the PSU rating, which defines the efficiency of the power supply. There are basically six of them, the 80 Plus (white), 80 Plus Bronze (brown), 80 Plus Silver (dark white), 80 Plus Gold (golden), 80 Plus Platinum (slightly less white), and 80 Plus Titanium (even darker white). They prices go up according to their rating, so choose according to your budget. If you ask me, at least get the 80 Plus Bronze, after that, it all your decision.

If you ever wonder why a gaming PC costs so much, this is why. A GPU is the most expensive component on a PC, and rightfully so as they determine how much refresh rate you get, your graphics quality and which resolutions you can play at. So, choosing the right GPU is the key to great gaming, isn’t it? 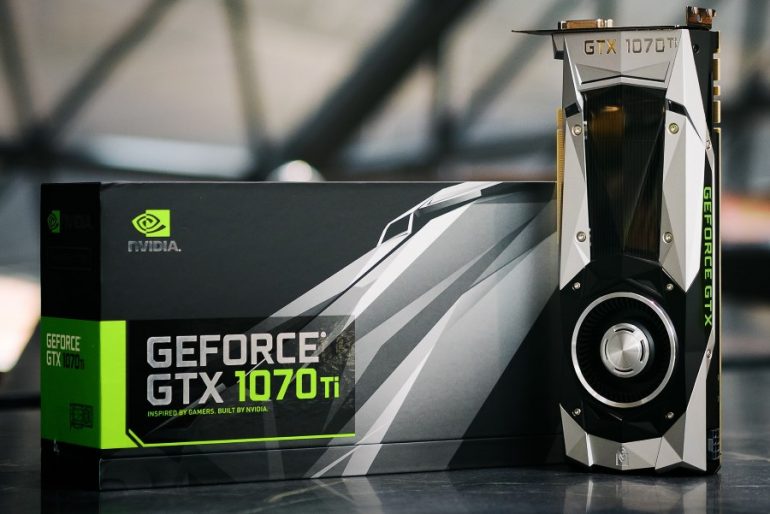 Well, that sounds good, isn’t it? Yup, unless your processor bottlenecks your GPU. An RTX2080Ti and the GTX1070 will throw out the same amount of FPS if you put them with a low-end processor like an i3-8100. That is the reason why you need to choose the most graphics performance according to your build without bottlenecking.

For the high-end build with the 8700k, your wallet is your limit. This processor can handle everything from the GTX1080Ti to an RTX2080Ti. Although for the Nepali market, we recommend something like the GTX1070, which will total your price to about 270k. The GTX1070 goes for a little under 70k in the Nepali market. 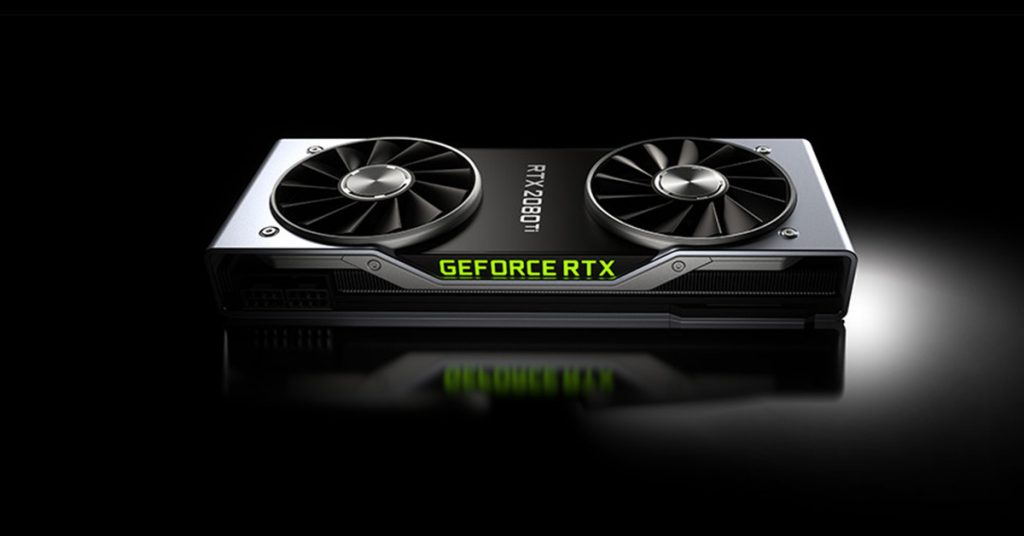 Finally, the Nvidia GTX 1050Ti will be almost perfect for the budget build, which is priced at a little over 30k. The GTX 1060 will also work with the 8100, but above that, there will be a noticeable amount of bottleneck. The GTX1060 is priced higher, so your budget build which should cost about 1 lakh will run much higher, so be prepared.

According to few experts on the internet, 16GB of RAM is enough for even the most advanced games. With that in mind, we recommend a 16GB 3000MHz stick for the high-end build. It’s not an overkill, nor is it a bottleneck and the pricing is just right at 30k. However, if you want that smooth killer performance, you won’t go wrong with 32 GB either – that is, if you can cough up the cash. 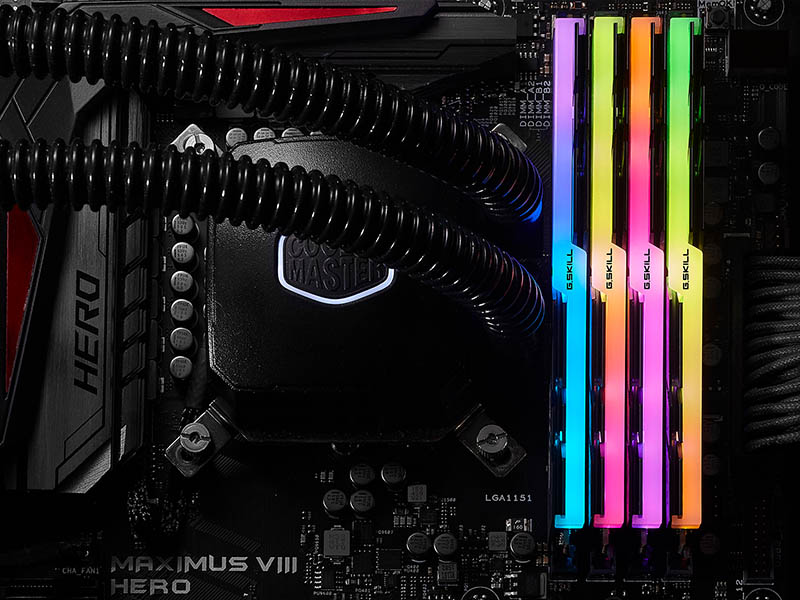 As for the mid-tier build, we still recommend the same 16GB stick if your budget allows. But if it doesn’t you can get an 8GB 3000MHz stick for exactly half the price. Yes, I am particularly focusing on the 3000MHz, but if that’s still a bit expensive for you, you can get a 2666MHz unit, but anything below that is a big no.

Budget builders can start at 2400MHz but we recommend at least 8GB of RAM if you want usable performance. Going below that will result in frequents stutters, reduced frame rates and just a bad experience overall. You can find one for around 10k to 13k.

Basically, there are three types of storages; SSD, SSHD, and HDD. Although your storage choices won’t matter much when it comes to your gameplay and fps count, it does affect heavily on your PC’s responsiveness, installation period, app opening times and data transfer speeds. An SSD will be expensive but fast, and an HDD will be slow but cheap, so choose wisely.

So, starting with the high end build, you should get an SSD + HDD combo, giving you the best of speed and storage. This is probably the best configuration one can get, and is recommended for all types of build. A fast 512GB NVMe M.2 SSD typically costs about 25k. Adding a 1TB 7200RPM hard disk to the configuration will add another 6.5k to your total cost. 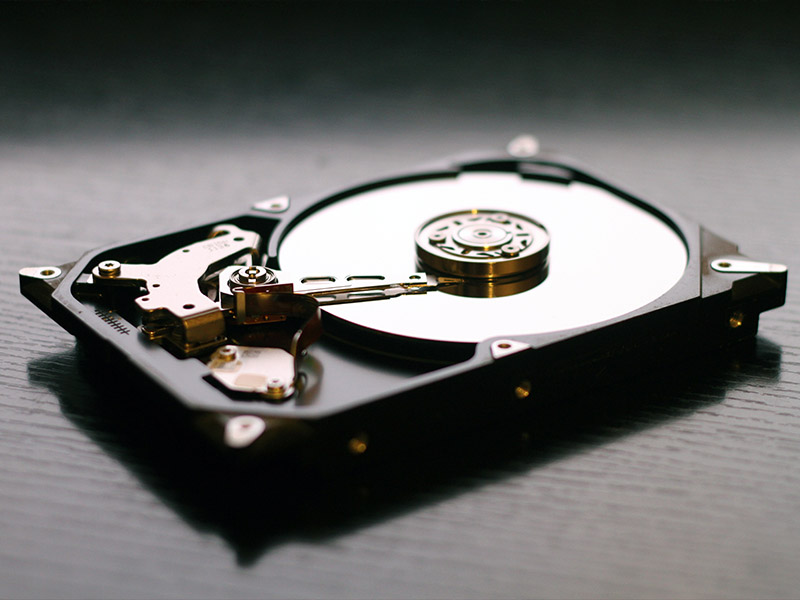 While NVMe storage options are fast, a normal SSD is also a viable option. They offer more than double the speeds of a typical hard drive and can still manage to squeeze on your budget. Although if you are going for a small sized normal SSD, a typical 1TB HDD is mandatory for you. You can find a typical normal 256GB SSD under 10 grand for your mid-tier build, which should be the best choice for you.

For the budget builds, however, this isn’t much of a choice. We recommend you get a 1TB 7200RPM hard drive and upgrade it if you want in the future. Maybe you can opt in for a 128GB SSD which is more than enough to store and run your windows off of and won’t cost you a lot either.

Finally, a case is what binds all of your parts together. You can usually find cases for as low as 10k all the way up to who knows how much. Sure, they might serve the same purpose, but the amount of airflow a case allows will result in a much efficient cooling, not to mention the noise levels. Plus, if you are buying top of the line hardware, won’t you wanna show it off? The size of the case will also be a concern, so check that before you buy it. A mid tower ATX case will be enough for all three types of PC builds. If you have selected all the components and still have money to burn, you can take a look at Full Tower ATX cases, and then throw in some RGB lightings. As a reference, there are a lot of transparent gaming towers that come with extra fans for under 15k.

By now, you should have a slight idea on how to build a PC according to your needs. However, before you do start shopping, do run it by this website here. It will show you if your components are compatible with each other or if they fit in one another or not and so on.

If you are worried about bottlenecks, you can check that here. It allows you to check if your GPU works with your CPU and vice versa. Bottlenecks up to 10% are ok, but anything above that is not recommended.

The prices we mentioned above might vary so be prepared for that too. If you are wondering where to assemble one, we stumbled upon two sellers who were good enough to guide us through this guide. We will jot down the contact numbers for the sellers, you can check them out as well.