Home Realme Realme C2 Review – Not the best budget phone out there, but... 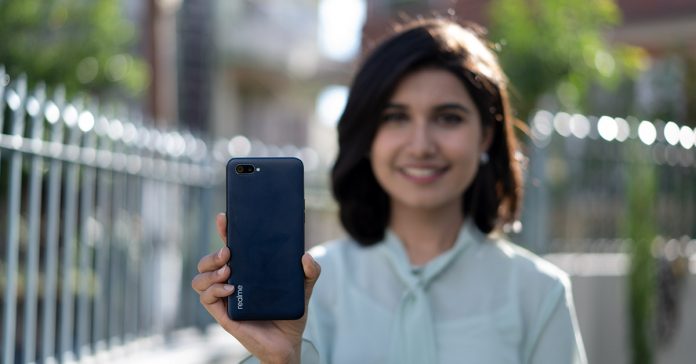 Realme really deserves all the praise it gets as a brand for its value for money phones in its budget and mid-range segment. The Realme 2 Pro, was really a good example of that (you can check out our review of that somewhere here). In only a year that the brand started, it has come so far that it is compared with the likes of Samsung, Xiaomi and more. Competing in the crowded mid-range and budget segment is no joke, but until now, they’re doing a good job. Last year, the Realme C1, the first C-series phone did put a good impression. The budget phone, although not the best, was still good. A year later, its successor, the Realme C2 is taking a shot at becoming one of the best value for money budget phones. But since it is in many ways similar to its predecessor, will it succeed? Let’s find out in our Realme C2 Review.

Ever since the beginning, Realme had a youth audience as its target. And that can be seen in their designs, which the Realme C2 has tried to deliver as well. The body is plastic, as all budget phones are, but it has this unique check/diamond kind of texture at the back, which you can actually feel. That pattern is an eye-catcher as well, and it also changes depending on the viewing angle. I didn’t expect this on a $100 phone. Besides that, the phone has rounded edges that provide a good grip to the users and are well crafted.

Furthermore, with the water-drop style notch up front, they’re keeping up with the trend. Now, I am not a fan of notches and wouldn’t mind small bezels instead, but this tiny notch doesn’t really hamper the viewing experience, so, it’s all good. It will grow on you.

Moving on, the Realme C2 comes with a 6.1” IPS LCD display with a 19.5:9 aspect ratio, and has Corning Gorilla Glass 3 protection on top. The resolution is only HD+, but that’s what budget phones tend to do, mostly. However, as compared to its predecessor, the screen size is slightly smaller. But other than that, the viewing angles are good. However, the quality of the screen mostly depends on color schemes. Because the screen sometimes looks livelier because of the dynamic colors while at other times, it’s a bit too dull. So, not a great display, but good enough.

And though the sunlight legibility is more than capable, it does leave its users demanding more. I faced serious problems while viewing darker areas of the screen. And that’s not good, especially if, like me, you love to watch movies and shows mostly on your phone rather than your computer. And if you are a person who spends most of your day looking at your phone screen, the Realme C2 comes with a slider to help change the screen temperature. The slider helps you to decide the level of white-balance that you require. Sliding upwards towards the cool temperature will bring a slightly bluish hue that makes it easier for the eye. Furthermore, you can move the slider up and down between warm and cool and adjust the white-balance to your preference.

Overall, the display on this device is quite similar to the Realme C1 barring the downsizing of the screen. The camera performance of the device is also surprising. One normally gets a phone with a subpar camera in this price range. However, the 13MP (f/2.0 lens) primary camera coupled with the 2MP depth sensor capture good photos.

I was able to take color-rich photos with excellent details in day-light. Due to some excellent AI-processing, the rear camera is able to produce pictures with good color ambiance and as a result, the pictures are actually quite good.

Using the AI effect slider enables you to minimize or maximize its effects while taking photos. Higher AI effect equals the photos being more beautified. It removes various spots on your face and also brightens them. Now, some may not like this beautifying feature, but it is always a good tool to have, isn’t it?

Furthermore, despite having a good AI, sometimes, the images taken from the rear camera have overexposed backgrounds. So, it has been inconsistent sometimes.

However, taking photos in dim-light is not its cup of tea. As soon as the lighting of the room decreases, visible noise can be seen in the images. On the other hand, the 5MP front camera is decent at best. The background gets super-exposed while taking a selfie.

Similar to the images from the rear camera, the selfie-shooter too depends upon the lighting of the place where you’re taking it. You can observe visibly finer details in a well-lit condition than in the dim light. Also, you can see finer edges while taking photos outside, contrary to the ones you take in your rooms.

However, considering all the facts, it is safe to say that the camera, in this device is good, considering the price of the phone.

The Realme C2 uses the Meditek Helio P22 chipset for its performance. It is a very slight upgrade from its predecessor’s Snapdragon 450, at least on paper, and much better than the A22 processor one usually finds in most entry-level devices.

However, it’s still not powerful enough to support the smooth flow of day-to-day tasks. Our unit was the 3GB/32GB variant of the phone and still, its performance left me wanting more.

App launch times are slow, and some apps show such serious lags to the point of frustration. Though not often, you might witness twitches in animation and slow touch responses.

So, it’s easy to guess that this phone is definitely not built for competitive gaming. While playing big games like PUBG, you’ll find yourself staring at the loading screen for considerable periods, and even when the game finally loads, there will be drops in frame rates and some touch unresponsiveness. But you will be able to play it in the lowest of settings. Games like Asphalt 9 show stutters in-game. Plus, the heating effect that comes along further adds to your frustration. However, light games like Crowd City and stuff run smooth enough.

As for the software, Realme C2 runs on Android Pie with ColorOS 6.0 Lite on top. It is an improvement from the Realme C1 whose UI was not notch optimized and the OS skin was pretty thick. The device works fine if only a couple of apps are running in the background. However, once that number reaches like 6/7, the phone becomes sluggish. Application load time increases and you might even notice twitches in animations. So, overall, not a top budget performer.

In terms of sound, the audio is okay at best on full volume. The speakers are placed at the bottom, so, it is easily muffled while holding it in landscape mode. However, normally, the sound quality is good enough for media consumption.

In terms of calls, the phone has to be placed meticulously placed on the ears precisely. Otherwise, you might not be able to make out the other person’s messages very clearly. And that’s not something you’d want from a phone, is it?  It is a phone after all…

For security, the phone comes with a facial recognition system on top of the usual Android unlocks. It lacks a fingerprint processor, which is not something I’d complain, but its competitor, the Redmi 7 has it. However, the facial unlock system is fast and works well in brightly lit rooms. The device recognized me even while wearing a cap. So, no problem there! You won’t have to take it off each time you need to unlock your phone. But as it is with such selfie camera unlocks, the system won’t really recognize you in dark environments.

For all its negatives, the battery is the saving grace for the device. The 4,000mAh battery is super powerful and can last up to 2 days on normal usage, and even 3 if you’re skimpy enough. Though you’ll have to wait a good 4 hours to completely charge the phone, the return is worth it. It is charged by a 10-Watt charger and uses the charger goes into the micro-USB slot. While the use of micro-USB slot is slowly deprecating it’s not unheard of. As a matter of fact, most entry-level smartphones use the same slot type.

Interestingly, despite Redmi 7A (the phone it is vying to compete with in the market) uses the same battery capacity, the Realme C2 seems to offer greater battery life. I think that maybe this is how the mobile compensates for shortcomings. The one thing I can vouch for without any iota of doubt is its battery life and believe me you’ll not be disappointed with it.

Overall, Realme C2 is an above-average phone with a good battery packed with decent specs. But I really can’t find many differences between its predecessor and this one. The C1 had the same shortcomings as this one has, and it has the same good aspects as the C1. And so, this is a good budget phone for the price.