Realme has just announced its latest C-series phone in Nepal, Realme C31. It is the successor to last year’s Realme C21. Let’s learn more about the specifications, features, and official price in Nepal of the Realme C31.

But the phone does feature a new camera bump at the back which resembles more expensive Realme devices like the GT 2 series. Likewise, the C31 has curves on the sides for a more comfortable grip. Still and all, we’re greeted with a teardrop notch on the front for the selfie camera.

Realme C31 is available in two colorways: Dark Green and Light Silver. The phone weighs 197 grams and is 8.4mm thick. 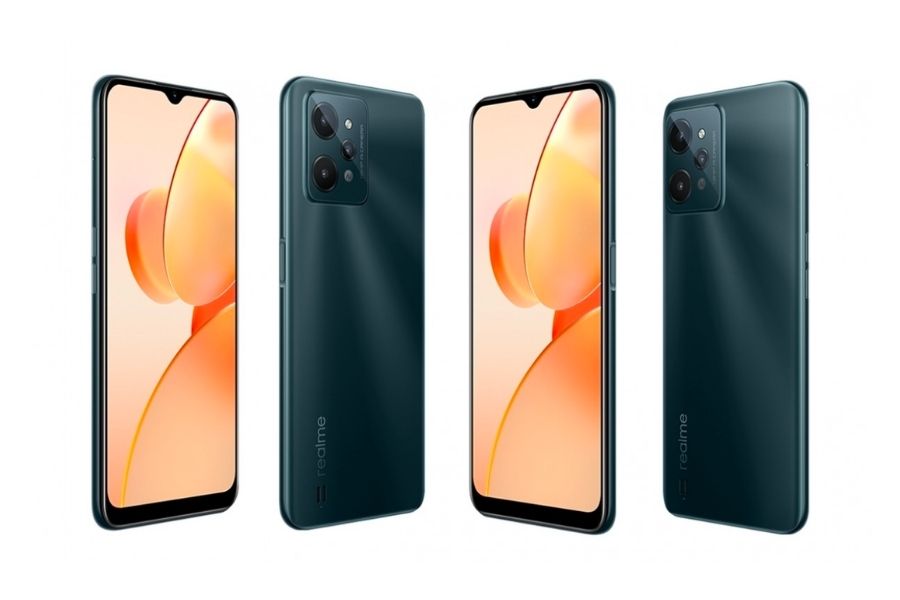 The base variant of Realme C31 sports 3GB RAM and 32GB of internal storage. Besides, Realme also offers a 64GB variant with 4GB RAM.

Realme C31’s new rear camera island boasts a triple camera setup. The 13MP primary camera comes with an f/2.2 aperture. It is accompanied by an f/2.4 macro and an f/2.8 monochrome sensor. The aforementioned teardrop notch on the front houses a single 5MP selfie shooter.

On the other hand, Realme C31 is powered by a 5000mAh Li-Po battery. Unfortunately, it boots on Android 11 with Realme UI R on top. Likewise, this budget phone has a single speaker and a 3.5mm headphone jack. As for biometrics, there’s a fingerprint reader embedded into the home button.

The official price of Realme C31 in Nepal is Rs. 17,799 for the sole 4/64GB memory variant. You can buy Realme C31 from authorized stores like Hukut.