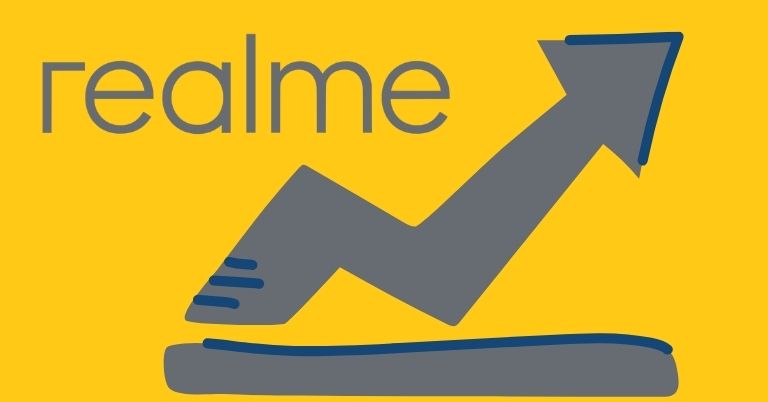 Canalys has published its latest report on smartphone shipments in Nepal, and it shows Realme with the biggest year-on-year (YoY) growth. With this, the company has become the third biggest smartphone brand in Nepal. In this post, we will be discussing the unprecedented growth of Realme in Q3 2021, while also comparing it with the performance of other major smartphone brands.

According to the said report, Realme has now become the third biggest smartphone brand in the country in the third quarter (Q3) of 2021. The report is based on the estimated sell-in smartphone shipments in the last quarter.

As per the report, Realme now has a 14% share in the Nepali smartphone market. Only Samsung and Xiaomi boast a larger market share. That being said, it has the biggest YoY growth of the three. Realme was able to ship 257% more smartphones compared to Q3 of last year.

Despite reigning as the biggest smartphone brand in the country, Samsung faced a 39% annual decline in smartphone shipment during this period. Similarly, Xiaomi registered a 55% year-on-year decline in the same period. They are still the top two smartphone brands in Nepal, with a 39% and 24% market share, respectively.

Another interesting aspect of the report shows Transsion in the fourth position with a 7% market share. If you were unaware, Transsion is a Chinese conglomerate that owns Itel, Infinix, and Tecno.

Both brands returned to the Nepali market last year, offering budget and mid-range smartphones. Transsion was able to achieve 171% annual growth in the last quarter. Just behind it is Oppo with a 6% market share. That being said, its shipments fell by 47% compared to Q3 2020.

The reason behind Realme’s growth

Realme debuted in Nepal in 2019 with Pashupati Tradeline as its sole authorized distributor. However, it could not replicate its global success in the country because of uncompetitive pricing. On top of it, Realme Nepal’s portfolio was mostly limited to entry-level phones, with interesting series such as the number series and X-series either never making it to the country or arriving way too late.

So, the company decided to overhaul its strategy in Nepal. It re-entered the market with Jagadamba Mobiles (Shanker Group) and vowed to keep the price competitive. The company even revised its pricing to something more reasonable and is currently expanding its portfolio with exciting devices like the GT Neo 2.

Realme plans to become the second-biggest smartphone brand in the country, and given its latest progression, this goal may be well within its reach.