Realme has completed the Narzo 30 series with the launch of Narzo 30. The new device slots in between the Narzo 30A and Narzo 30 Pro, which were launched back in February. Let’s check the key specifications and features of the Realme Narzo 30 along with its expected price in Nepal.

Realme Narzo 30 comes with a 6.5-inch FHD+ IPS panel. It also supports a 90Hz refresh rate. There is a left-aligned punch-hole for the selfie camera. The phone has a 90.5% screen-to-body ratio while its peak brightness is listed at 580 nits. But it’s possible only with Sunlight Mode enabled. At the back, there is an elongated pill-shaped camera bump. It’s within the racetrack-inspired Chevron stripe. Realme has even named the colors to reflect the aesthetics – Racing Blue and Racing Silver.

Under the hood, the Realme Narzo 30 packs in Helio G95 chipset. It’s based on a 12nm process and has MediaTek’s HyperEngine technology that promises better resource management during gameplay. G95’s clock frequency can hit up to 2.05GHz and it houses Mali-G76 GPU for rendering graphics. 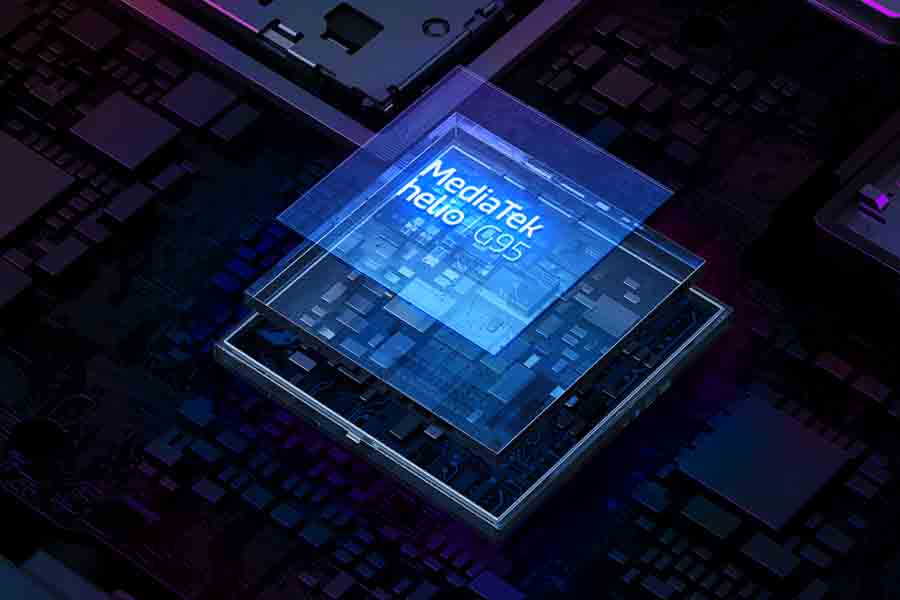 The phone comes with 6GB of LPDDR4x RAM and 128GB of UFS 2.1 internal storage. There is a dedicated microSD card slot that you can use to expand the storage.

Coming to the cameras, there is one major downgrade. Realme has replaced the ultrawide sensor with a 2MP monochrome lens instead. The rest of the setup is pretty similar to that on Narzo 20. The primary camera here is a 48MP f/1.8 sensor. You can record up to 4K 30fps videos with this one. There is also a 2MP sensor for macro shots. 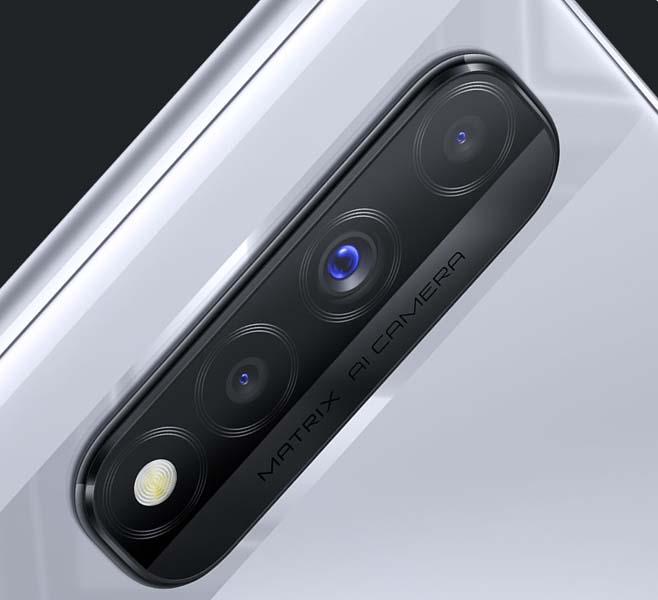 Realme Narzo 30 gets its juice from a 5000mAh battery which is smaller than the 6000mAh cell in Narzo 20. But it supports a faster 30W Dart Charge technology and a compatible charger comes in the box.

It can take the device from 0 to 100% in just 65 minutes. Connectivity-wise, the phone supports dual-band Wi-Fi, Bluetooth 5.0, and NFC. There is a side-mounted fingerprint scanner for biometrics. The device ships with Realme UI 2.0 based on Android 11.

Realme Narzo 30 is now available in Malaysia where its price is MYR 799. However, one can get it for MYR 699 as part of the first sale offer. Realme has not brought a single Narzo device to Nepal. Still, if Realme Narzo 30 launches in Nepal, we expect its price to be NPR 25,000.