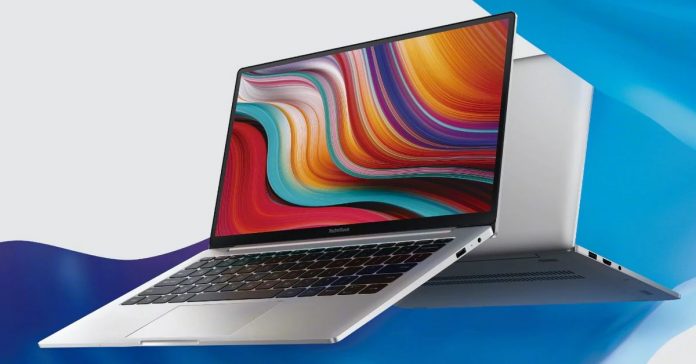 Super thin and light-weight, that’s what best defines the new RedmiBook 13. Alongside the highly anticipated Redmi K30, Xiaomi also announced this new affordable XPS 13 or Macbook Pro 13 alternative. It has sleek narrow bezels, a compact footprint, and weighs a mere 1.23kg. The RedmiBook 13 also comes as a direct competitor to the Huawei MateBook 13. Feature-wise, the RedmiBook 13 is already one up against the MateBook 13 as it offers an 89 percent screen space as compared to the 88 percent of the MateBook 13. Lets learn more about the Redmibook along with its price and expected availability in Nepal here.

Sticking to the display, the screen is a 13.3-inch IPS panel. It comes with FHD resolution and as mentioned above, has an 89 percent screen-to-body ratio. Its all thanks to the narrow bezels on the top as well as the sides. However, the chin is slightly large.

The RedmiBook comes with the new 10th gen Cometlake Intel processor under the hood. Buyers will have the option to choose from either Intel i5-10210U or i7-10510U. The standard RAM and the storage on both the models are 8GB DDR4 RAM and 512GB SSD respectively. Similarly, both the versions will get Nvidia GeForce MX250 GPU with 2GB GDDR5 VRAM. However, there’s a base model of the i5 model that comes with integrated graphics. The device has Xioami’s proprietary thermal management system. In addition to that, it also includes a dual heat pipe which measures 6mm in diameter. Furthermore, this model comes with a built-in fan. The claim is that it increases air volume by 25 percent and reduces the noise level by almost 2 decibels compared to the earlier RedmiBook models.

Similarly, as it was with the previous RedmiBooks, the RedmiBook 13 also has a metal body.  There’s a chiclet-style keyboard inside and DTS surround sound is also supported by this ultra-book.

RedmiBook 13 comes with a 40Whr battery. It supports 1C fast charging and is rated to give 11hrs of battery backup.  Additionally, Xiaomi also claims that the device will charge up to 50 percent in just 35 minutes.