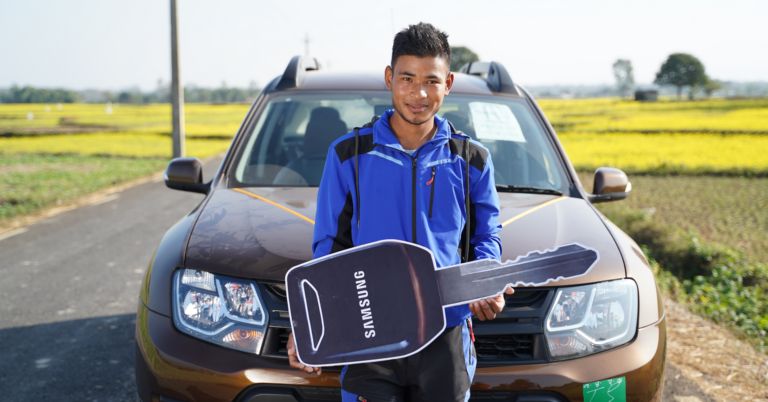 Like most of the brands during Dashain, Samsung too was running its campaign. Their “Bada Dashain, Big Dhamaka“ campaign started on October 2 and ended on November 17. People who bought a Samsung smartphone or a tablet, during these 6 weeks were eligible for the Lucky Draw. The prize included 10x Samsung Galaxy Note 20, 5x Honda Hornet 160 R. And one lucky winner under the said Samsung Dashain campaign was to receive Renault Duster SUV. Out of all the winners, the one who bagged the bumper prize has got the most exciting stories of them all. A total of sixteen winners were announced during this campaign period. Each week, one lucky winner won the Honda Hornet 160R bike, whereas two others won the Samsung Galaxy Note 20. During the final week, the winner of the bumper prize, i.e. the Renault Duster SUV was announced. Here, the prize fell in the hands of Mr. Padam Bahadur Kumal, a humble driver from Tadi, Bharatpur.

He, in his own words, was in denial of the fact that he was the one who won the Renault Duster SUV. After all, he was a guy who had bought the Samsung Galaxy M01 Core, the most affordable Samsung smartphone on the Nepalese market. And he was getting a call saying he was the winner of the Renault Duster during the Samsung “Bada Dashain, Big Dhamaka” campaign. Furthermore, he is a humble car driver who was getting a call regarding winning a brand new SUV. Thus, the feeling that he was being pranked is entirely justified. 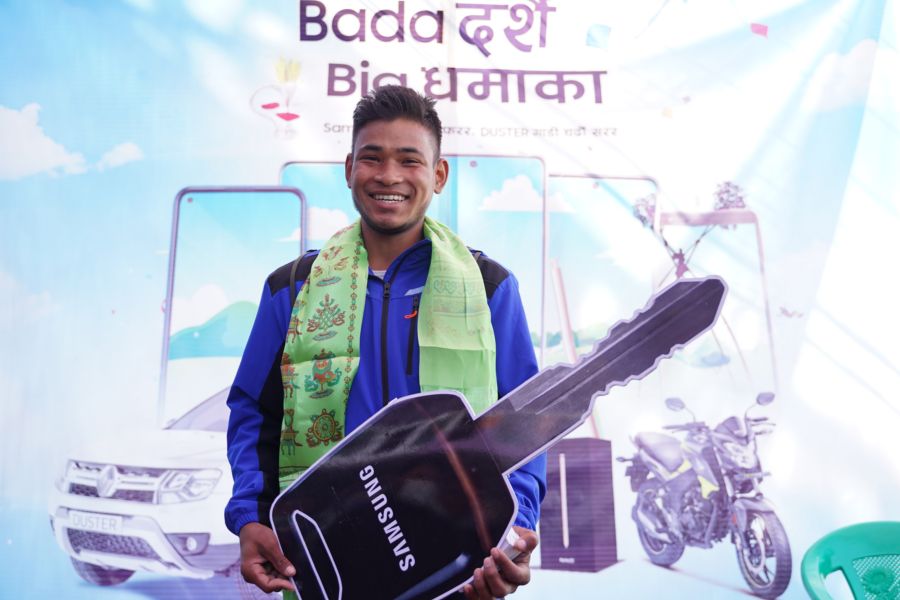 However, once he affirmed his win, his happiness seemed no bound. From driving someone else’s car to owning one’s own. You really can’t write this stuff. I mean, he probably would have never thought about owning his own car. But here he is, a proud owner of a brand new Renault Duster. All thanks to one Samsung Galaxy M01 Core. He has vowed to use it fruitfully for his own business. Hopefully, he does it and keeps progressing.