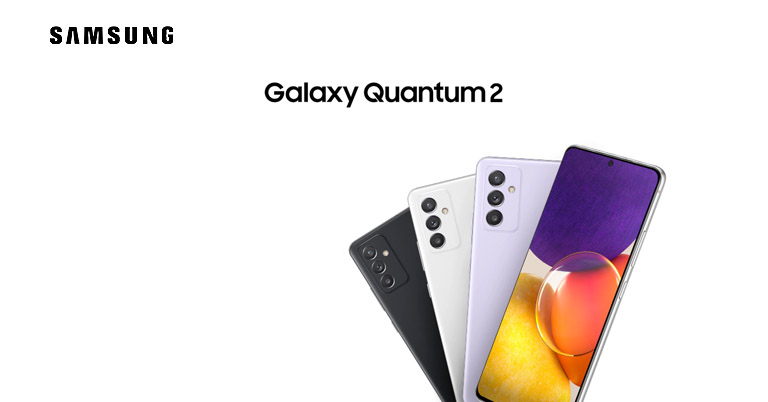 Samsung has launched a new smartphone under its Quantum series—the Galaxy Quantum 2. Visually, it represents recent ‘A’ series devices from the company. Also, it may launch as Galaxy A82 5G in the global market. So, let us learn more about the Samsung Galaxy Quantum 2.

With the addition of new smartphones to the Galaxy A series, Samsung is very certain about which design to use with this phone. Galaxy A32, A52, and A72, which are already available have common design approaches, and the new Samsung Galaxy Quantum 2 follows this trend.

It features a big 6.7-inch WQHD+ Dynamic AMOLED display with a refresh rate of 120Hz. That places it in the same league as last year’s Galaxy S20+. Furthermore, this display has a peak brightness of 1200 nits and a resolution of 3200 x 1440 pixels. 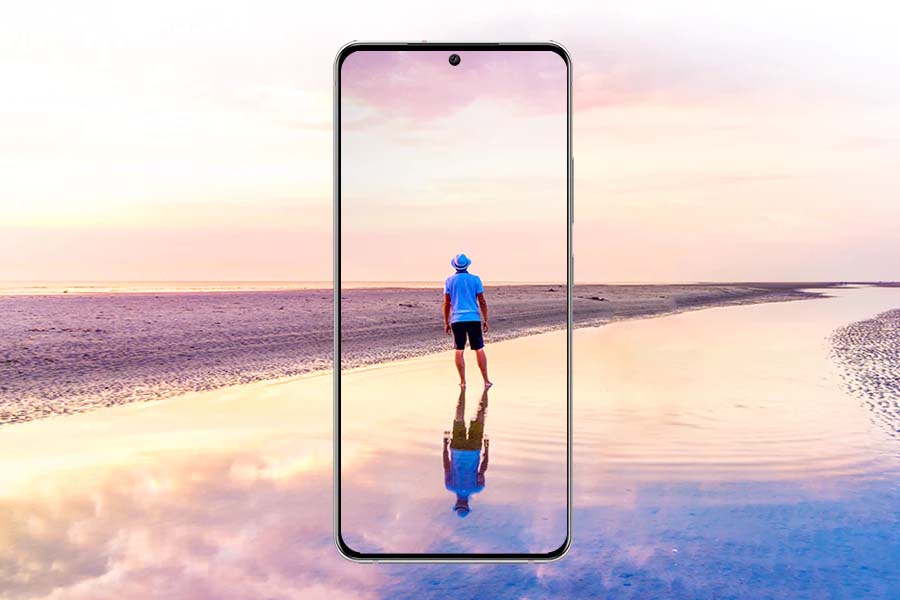 At the back, Quantum 2 has a triple rear camera configuration that includes a 64MP main sensor with OIS support, a 12MP ultra-wide lens, and a 5MP macro lens. The display houses a 10MP front-facing sensor with Dual-pixel AutoFocus inside the punch-hole cutout. Similarly, the unit has a matte texture, weighs 176gm, and has a thickness of 8.1mm.

Samsung Galaxy Quantum 2 is powered by a two-year-old Qualcomm Snapdragon 855+ chipset, which is similar to the Snapdragon 855 used in the S10 series. This has been paired with 6GB of RAM and 128GB of storage. A microSD card can be used to extend the memory up to 1TB. Furthermore, the handset features an Ultrasonic fingerprint sensor and based on the specifications, we anticipate a good response time.

In case you didn’t know, Samsung could rebrand this phone as Galaxy A82 5G for the global market. We are saying this because it sports the model number SM-A826 which lines up with the Galaxy A82’s identifier. Previously, the Galaxy A Quantum launched globally as Galaxy A71.

Quantum 2 is the company’s second smartphone to have a quantum random number generator (QRNG) chipset. It uses light to generate “unpredictable and patternless” numbers which can be used in services that require security in a more safe and secure manner, such as banking or other commercial services.

Furthermore, the smartphone will ship with Android 11 out of the box with Samsung’s latest One UI 3.1 skin. Besides that, the unit is powered by a 4500mAh battery that allows 25W fast charging. For connectivity, it utilizes Bluetooth v5.0 and has support for NFC as well. Moreover, the device has support for a single nano-SIM only.

Samsung Galaxy Quantum 2 is exclusive to South Korea. According to MySmartPrice, the phone costs KRW 699,620 (~ USD 622). If and when the phone launches as the Samsung Galaxy A82 5G in Nepal, we expect its price to be around NPR 77,000.